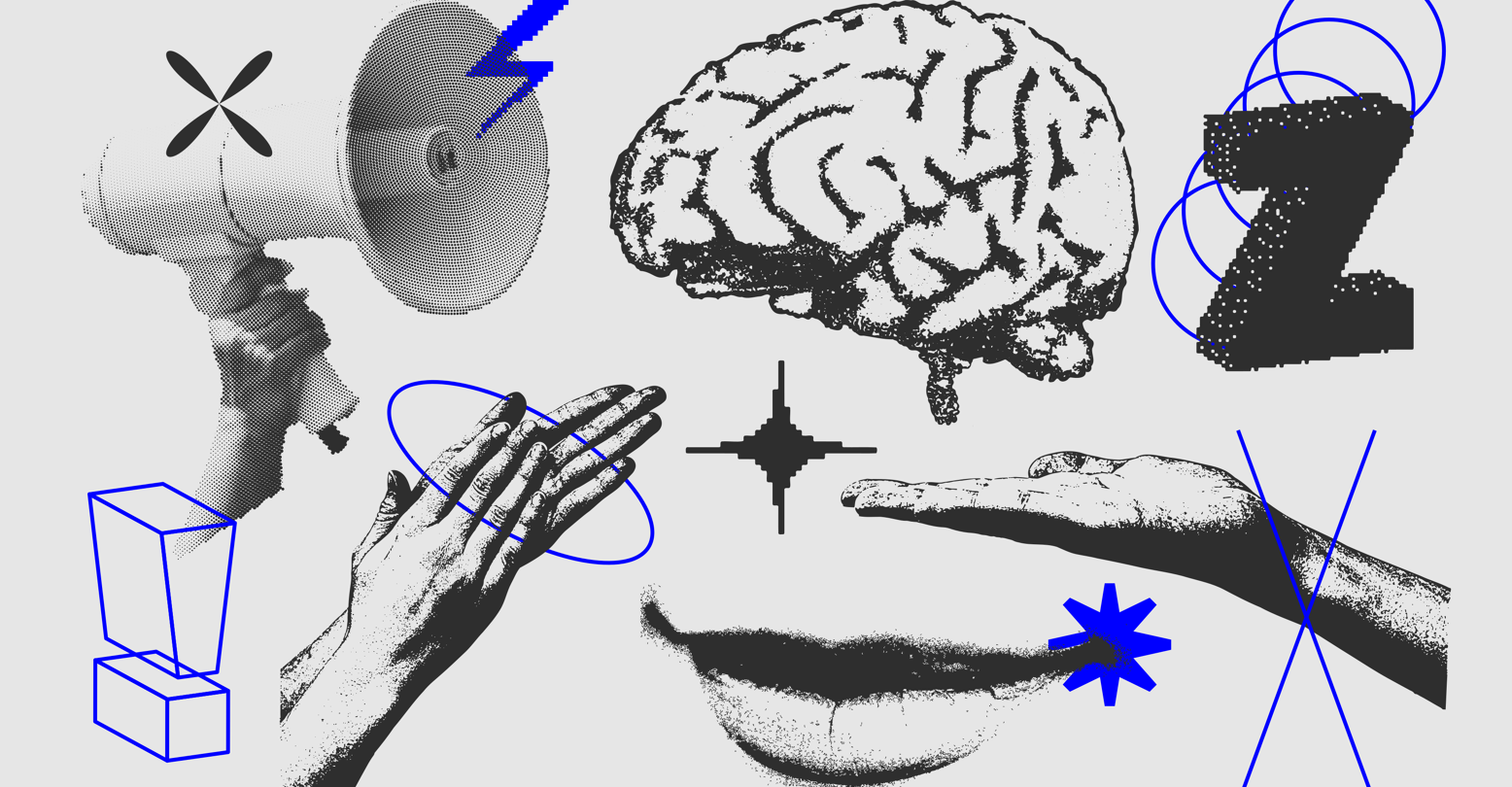 Welcome to Gender Queries, where trans journalist Erin Rook takes on some of the toughest questions facing the queer community. In their inaugural column, Rook enlightens an ally on the life-saving properties of gender-affirming care.

With the recent uptick in legislation targeting transgender people, I feel like I should be speaking out. I support people’s right to identify however they want and firmly believe all people should be treated with respect. But to be honest, the idea of children undergoing life-altering medical procedures makes me uncomfortable. I tried doing my own research, but some of the information I found was alarming. Is “gender-affirming care” really in the best interest of gender non-conforming children? Can’t we support them without changing their young bodies?

No young person escapes puberty without body changes. Transgender and nonbinary youth are simply seeking an experience of puberty that aligns with their gender identity and trying to avoid the fate of those of us who transitioned later and got to enjoy a second puberty. But efforts by rightwing political groups to make transgender youth a wedge issue have triggered a tsunami of propaganda. This misinformation – whether well-meaning or politically-motivated – is dangerous.

As you’ve observed, LIL, legislation seeking to restrict the rights of transgender people is on the rise across the United States. Multiple states have recently passed, or are actively considering, bills that would cause harm to transgender youth and the adults who support them. In many cases, these bills prohibit minors from accessing gender-affirming healthcare and make felons of those who would provide access to it – primarily parents and healthcare providers.

“The reason access to these types of affirming care can’t wait is that, as with all types of beneficial healthcare, delay in treatment almost always leads to increased trauma, reduced effectiveness of treatment and in some cases, higher mortality,” says Jenn Burleton, program director for the TransActive Gender Program at Lewis and Clark College in Portland. “We know from numerous sources of statistical analysis that trans and nonbinary youth that experience delay or denial of access to affirming healthcare suffer from all of the above consequences of delay, including extremely heightened suicidal ideation, attempts, and death.”

The risk of regret is low, and no large-scale research studies indicate that this risk is increasing with great access to care.

Data suggests that transgender people of all ages experience higher rates of suicidality, with youth are among the most affected. According to research published by the American Academy of Pediatrics, more than 50 percent of transgender male youth reported attempting suicide. Rates were more than 40 percent among non-binary youth and nearly 30 percent among trans female youth. By comparison, about 18 percent of cisgender females and about 10 percent of cisgender males reported suicide attempts. Access to gender-affirming care is literally a matter of life and death.

What is gender-affirming care and how does it impact transgender youth?

Despite the broad consensus among professionals, opponents of transgender rights continue to make false claims about the age-appropriateness of gender-affirming care.

“There is no such medical intervention being recommended or performed on pre-pubertal children,” Burleton explains. “Information to the contrary is disinformation intended to incite bias and aggression toward trans youth, their families, providers and advocates.”

While children often assert their gender identity before puberty – age 2 to 3 is developmentally typical – gender transition at that age is primarily social. Before puberty, that might include using a different name or pronouns, changing hair or clothing styles, and taking on different roles in gendered play. Gender-affirming care in this context might look like finding a pediatrician who will respect your child’s gender.

Medical interventions, in the form of puberty suppressing medications, are first available when a child reaches an early part of puberty called “Tanner Stage 2,” usually between the ages of 8 and 14. Because most youth reach this stage of puberty before reaching the age of medical consent, which varies state by state, this healthcare is typically being approved by a parent or guardian.

Doctors prescribe  puberty blockers, which act like a pubertal pause button. These medications, which have been used for more than 20 years in patients with precocious puberty, play an important role in supporting transgender adolescents. By pausing puberty, they provide time for identity exploration, delay the development of (irreversible) secondary sex characteristics, and potentially eliminate the need for future gender affirmation surgeries.

For adolescents who are prescribed cross-sex hormones, the resulting puberty is more in line with that of their asserted gender. Those who simply cease taking pubertal suppressants see a return of exogenous puberty in about six months.

When it comes to surgery, even adults have to jump through some hoops. Most surgeons require multiple letters of support from mental and medical health providers, regardless of the patient’s age, before they’ll even do a consult. While professional guidelines don’t generally recommend surgery for patients under the age of majority, they tend to make an exception for chest surgeries on patients assigned female at birth, as hormone therapy alone can be insufficient at preventing breast growth.

The idea that young people are being strong-armed into changing their gender overnight has no basis in reality. Healthcare providers, teachers, and parents who support children as they explore their identity are not abusing, they are affirming.

“Recent opinion pieces have argued youth identify as transgender or nonbinary as a way to address their underlying psychological distress or as a result of social pressure brought on by our eagerness to support gender exploration,” write two experts in the field – Dr. Kara Connelly (medical director of OHSU Doernbecher Children’s Hospital Gender Clinic) and Dr. Abby Walch (a pediatric Endocrinology fellow at U.C. San Francisco. “These viewpoints claim that meeting with a pediatric transgender health provider catapults the adolescent into pursuing hormonal treatments or surgeries before they’re ready to make such decisions. This is simply inaccurate.”

These perspectives belie a critical lack of understanding about how gender-affirming care is provided by professionals like Connolly and Walch, who explains that their work relies on established and evidence-based standards of care.

“Endocrinologists like ourselves work with psychologists, social workers, peer and patient navigators, and community resources when caring for gender-diverse youth,” they explain. “Our visits with patients involve ongoing exploration of gender identity, as well as discussions regarding shifting identity and transition goals without shame or judgment. Medical interventions are only considered after having careful and thorough interdisciplinary discussions, and patients are closely monitored to ensure treatments continue to align with their goals and identity.”

But what if they change their mind? Aren’t some gender-nonconforming youth actually lesbian or gay or tomboys?

Gender-nonconforming children grow into a wide range of identities. Some are transgender, others are queer, and a few are non-LGBTQ people who just march to the beat of their own drum. And that’s great! The goal of gender-affirming care is not to put every child on a path to gender transition, but to provide care that supports the well-being of children who are gender non-conforming. Research published by the American Academy of Pediatrics suggests that about 62 percent of children who access a gender clinic go on to pursue pubertal suppression and cross-sex hormones.

While cross-sex hormones have some irreversible effects, these effects are typically desired by the patient and help to improve quality of life. For example, testosterone contributes to a permanent increase in body and facial hair. Estrogen can cause breast growth. A common myth is that hormone replacement therapy makes young people sterile. But it’s simply not true. (On the contrary, sexually active transgender people who want to avoid pregnancy are encouraged to use contraception).

The risk of regret is low, and no large-scale research studies indicate that this risk is increasing with great access to care.

“While acknowledging regret and grief as genuine experiences is important, this is not the typical experience for most youth,” Connelly and Walch write. “Grief and regret are complex and can result from a variety of factors, including family environment, societal influences, loss of support, unmet expectations, or shifts in gender identity and/or expression. Gender-diverse youth need providers who are curious and who invite curiosity from them, which allows an open exploration rather than fear-based responses.”

While hormone therapies and other medical interventions might seem extreme to those who do not need them, the data is increasingly clear. A 2021 study in the Journal of Adolescent Health showed that access to hormones reduced depression and suicidality among transgender youth.

“As our patients grow older, they have repeatedly told us that gender-affirming care helped them survive adolescence and successfully transition into adulthood,” the endocrinologists wrote. “They say early access to care allowed gender to simply be another aspect of identity, not the main focus.”

Burleton, who is trans, understands this professionally as well as personally.

“High self-esteem comes from, among other things, the sense that your identity and individuality is affirmed by family, friends, and community,” Burleton explains. “For many trans/nonbinary-spectrum youth, congruence between their physiology and psychology is an existential necessity.”

In short: If we want trans youth to continue to exist, they must have access to gender-affirming care, even if it makes some adults uncomfortable. So, LIL, keep learning and use your voice to speak out against these cruel laws. Young lives depend on it.♦