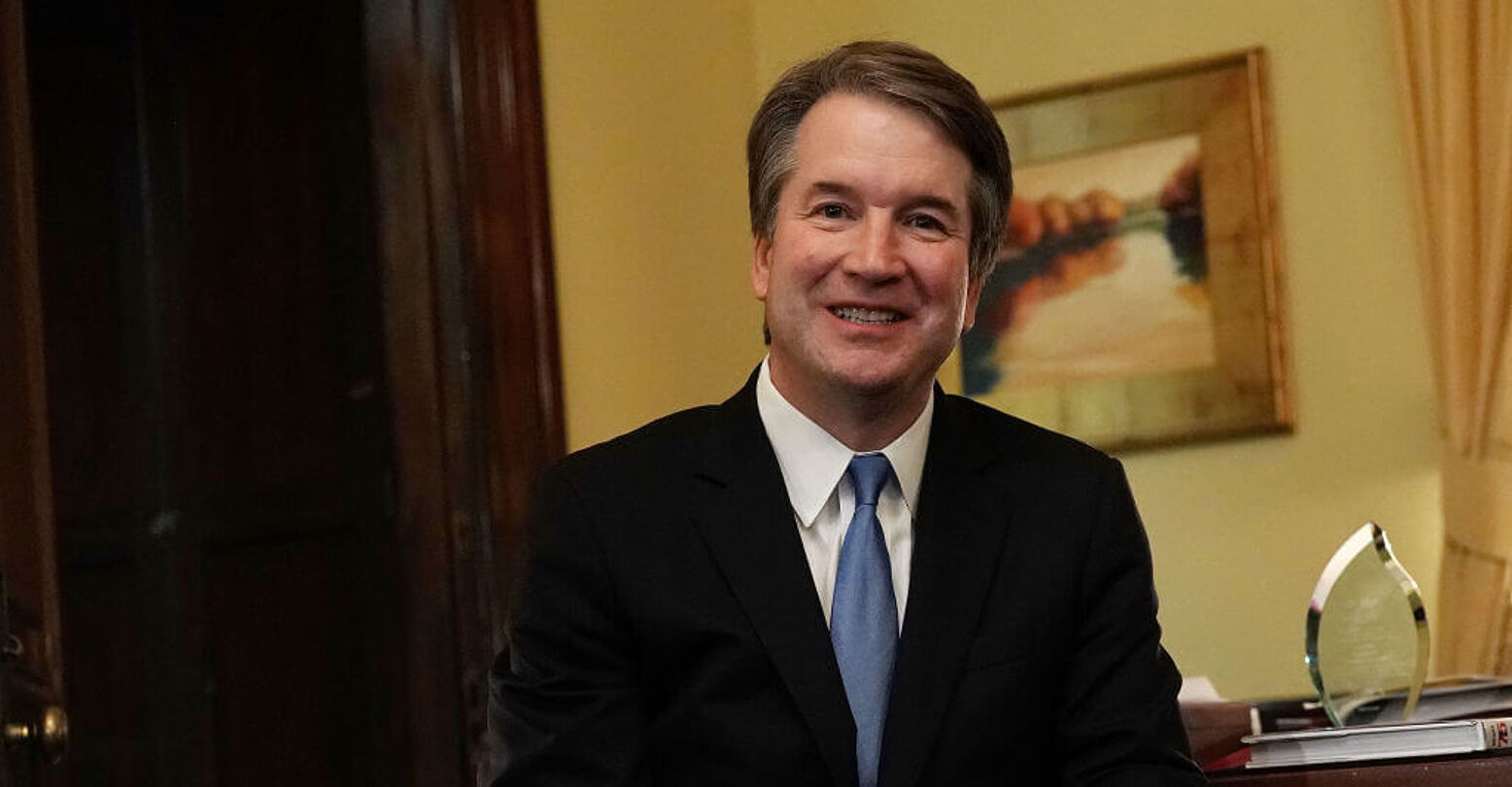 What the LGBTQ community doesn’t know can hurt us.

That was GLAAD’s message to U.S. Senators on Thursday when the group hand-delivered a statement urging them to press Supreme Court nominee Brett Kavanaugh on LGBTQ rights. In a message to the 21 members of the U.S. Senate Judiciary Committee, GLAAD President and CEO Sarah Kate Ellis noted that “much of Judge Kavanaugh’s record has not been made public.”

“[We urge] you to ask Judge Kavanaugh about his position on LGBTQ rights, given his public alignment with the historically anti-LGBTQ Justice Antonin Scalia and his endorsement by a variety of anti-LGBTQ organizations,” Ellis said in a letter delivered by campus ambassador Tony Hernandez.

Our campus ambassador @tonyehdz is in Washington, D.C. today to deliver letters asking senators to #AskKavanaugh about LGBTQ rights and hold him accountable during next week’s confirmation hearings. pic.twitter.com/Vh74ycVYZZ

After Kavanaugh was tapped by President Trump in July, observers noted the self-avowed “originalist” had no direct rulings on LGBTQ rights in his decade on the D.C. circuit court bench.

What LGBTQ advocates do know about Kavanaugh’s background, however, they find extremely concerning.

As GLAAD noted in yesterday’s statement, the 53-year-old was strongly endorsed by conservative groups like Family Research Council and the Federalist Society, both of which activists say are ardent opponents of LGBTQ rights.

The Family Research Council, which has been classified by the Southern Poverty Law Center as a “hate group,” praised Kavanaugh’s “long and praiseworthy history of judging as an originalist.” That means he believes judges should rule in line with the original intent of the Founding Fathers when drafting the U.S. Constitution.

Kavanaugh’s nomination was further vetted by The Federalist Society, which fought against the repeal of “Don’t Ask, Don’t Tell,” and The Heritage Foundation, which predicted that legalizing same-sex unions would lead to “group marriage.” Ryan T. Anderson, a Heritage Foundation research fellow, is rumored to have been one of the key advisors on Trump’s trans military ban.

While Kavanaugh’s records from the Bush White House have yet to be unsealed, GLAAD claimed his opinions on marriage equality are likely to be in line with the late arch-conservative Justice Antonin Scalia, who doggedly ruled against LGBTQ rights in his 30 years on the bench.

Lauding Scalia as a “hero” and a “role model,” Kavanaugh once praised Scalia’s Obergefell v. Hodges dissent, in which the former judge called the Supreme Court’s 2015 same-sex marriage ruling a “threat to American democracy.”

SCOTUS has “no legitimate role… in creating new rights not spelled out in the Constitution,” Kavanaugh stated in a 2016 speech.

“Judge Kavanaugh already has raised serious questions for advocates that he might not have LGBTQ Americans’ best interests at heart,” GLAAD concluded, arguing that such leanings would make him “not qualified to sit on the Supreme Court.”

The letter was addressed to the 21 sitting members of the Senate Judiciary Committee, which is set to hold hearings on Kavanaugh’s appointment next week. After listening to witnesses sound off on his record and questioning the nominee, the committee will then make its recommendation to the full Senate regarding whether or not the justice should be officially confirmed to the Supreme Court.

In its message, GLAAD particularly urged federal lawmakers to ask Kavanaugh “whether he would uphold the Obergefell decision in favor of marriage equality as settled precedent” and if he believes “religious freedom also includes the freedom of women, LGBTQ people, and other minorities not to be unfairly harmed by another person’s personal faith.”

Other advocacy organizations have universally opposed Kavanaugh’s confirmation, which would give conservatives a five-vote majority on the court.

Lambda Legal claimed his presence on the nation’s highest bench would “yank the court sharply to the extreme right,” arguing he would would guarantee 40 more years of Trump’s values on the Supreme Court.” Meanwhile, Equality California called him a “far-right extremist.”

But as LGBTQ groups call for accountability in the days leading up to Kavanaugh’s hearing, the judge has one staunch defender in his corner: Senate Majority Leader Mitch McConnell.

“The apocalypse never comes,” he told colleagues on the Senate floor in July, just hours before Kavanaugh’s nomination was announced. “Americans see beyond this far left mongering, this fear mongering that they have tried over and over again for 40 years. Senators should do the same.”