It was barely one year ago that Virginia Delegate Danica Roem made history by becoming the first out transgender woman to win election to any state legislature. The former journalist ran a strong grassroots campaign, with an impressive field program that knocked on thousands of doors and maintained a relentless focus on the hyper-local issues that mattered most to the residents of Virginia’s 13th House District. Openly gay New York Times columnist Frank Bruni famously published a reflection on her historic victory that declared: “Danica Roem is really, really boring.”

One year later, three more out transgender women followed in Roem’s footsteps, bringing the national count of out trans state lawmakers to four. In New Hampshire, Representatives-elect Lisa Bunker and Gerri Cannon became the first two openly trans candidates elected to that state’s House, while Brianna Titone became the first out transgender person elected in Colorado, defeating her Republican opponent by 439 votes to represent State House District 27, according to the official results from the Colorado Secretary of State. 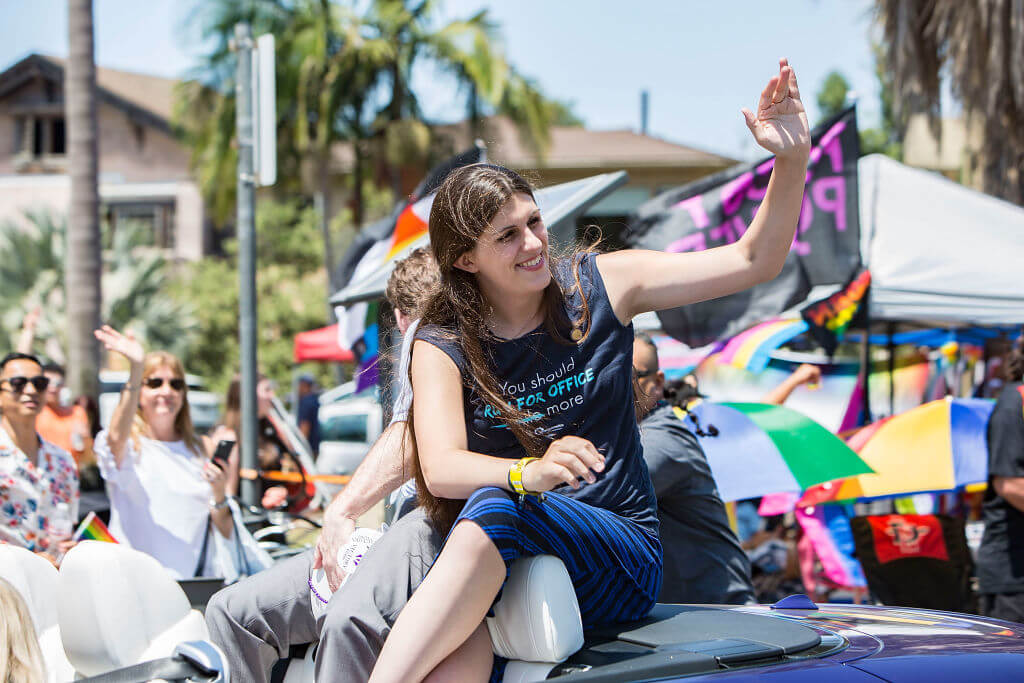 Quadrupling the number of out trans state legislators nationwide in the course of a year could suggest some sort of “Trans Wave,” or be easily written off as part and parcel of the much-discussed “Blue Wave” (all four women are Democrats) or the “Rainbow Wave” that saw record numbers of LGBTQ candidates elected across the country this year.

But these women have more in common than their political party and their gender identity — each of them employed a similar strategy that proved effective in their districts, regardless of that area’s historical partisan leanings. This strategy takes a page from Roem’s playbook: keep it local, know your district, and listen to your constituents’ concerns. In other words, focus on old-fashioned, door-knocking politicking.

In fact, two of the three women newly elected to state office mentioned Roem by name as a key inspiration in their desire to run for office. Roem traveled to Colorado to support Titone’s bid, and offered some sage advice that the representative-elect took to heart to flip a state House district that’s been represented by Republicans since 2010.

“It’s a key part of [Roem’s] advice: ‘stick to the issues,’” Titone told INTO. “Your identity doesn’t matter if you’re just doing the work the people want.” 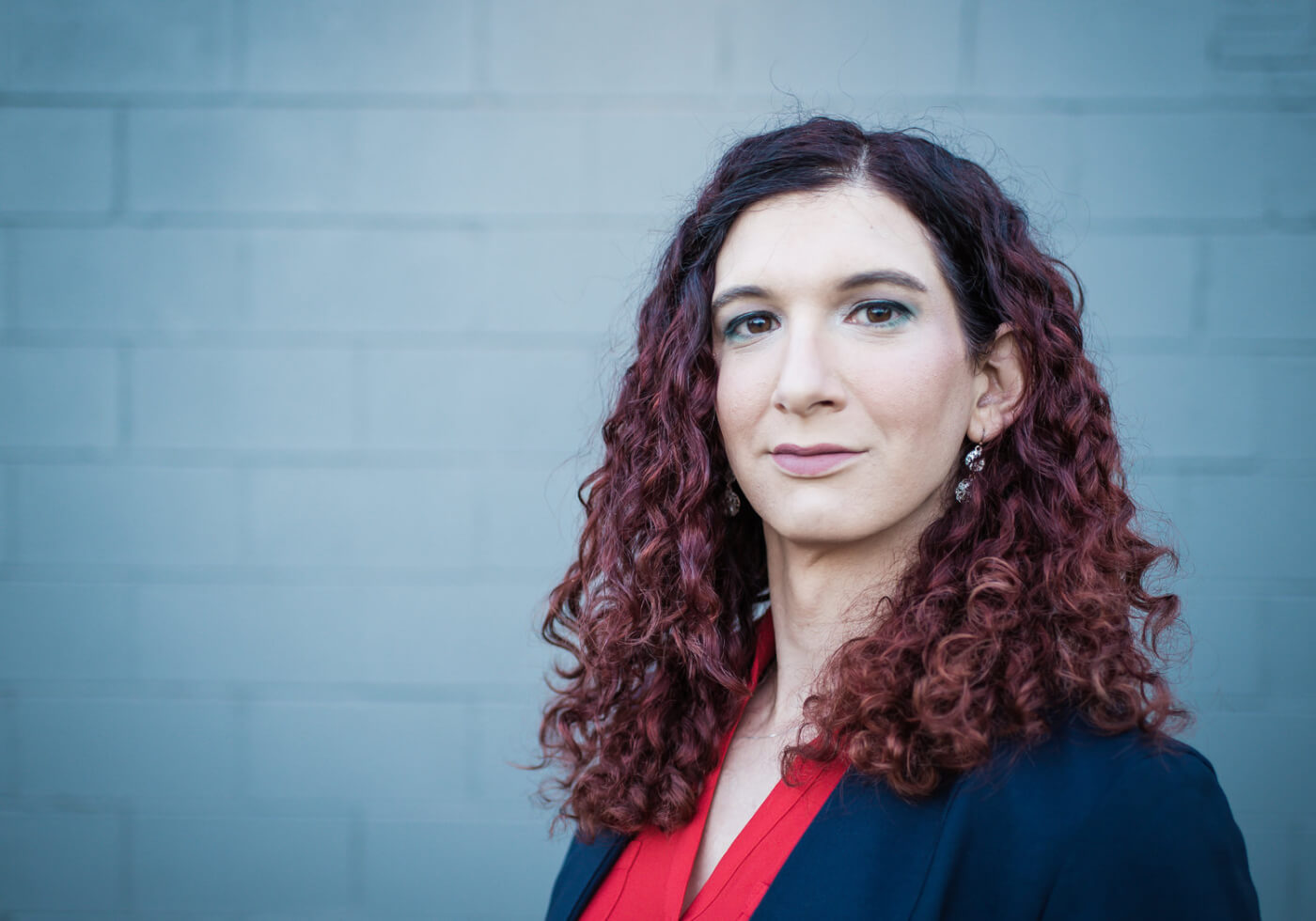 Titone relied on her varied professional and educational background to engage with voters on a wide range of local issues. With four academic degrees and a resume that includes geologist, environmental consultant, substitute teacher, and web designer, Titone said she was able to easily find common ground with constituents across her economically (if not demographically) diverse district that encompasses Arvada, a largely suburban city northwest of Denver.

“That’s what made me a really unique candidate when I was on the trail, because I was able to really have those conversations with people at their door, and surprise them when they say, ‘I don’t think we have anything in common,’” said Titone. “I think that people were really just looking for a strong leader who really cares about the community. And that’s really where they made their decision.”

Lisa Bunker, a novelist and former public broadcaster who won one of four seats to represent Rockingham 18 in the New Hampshire House of Representatives, said that she “self-selected” out of running for office after the 2016 election, due in large part to supposed conventional wisdom that suggested “the trans thing” would be too big a hurdle for any candidate to overcome. Even though her district encompasses the Democratic stronghold of Exeter, Bunker acknowledged that this rhetoric discouraged her from running, even after she’d been a visible citizen activist encouraging New Hampshire to pass its transgender rights law during the previous two legislative sessions.

“I thought as an out trans person I couldn’t get elected,” Bunker said. “And it was actually Danica Roem’s victory in Virginia that electrified me.” Bunker’s breath quickened as she recounted staying up all night reading about Roem’s victory, “vibrating very quickly,” and telling her partner the next morning that she felt she needed to run for office. “I don’t know if I would have ever done it if she hadn’t shown me the way.” 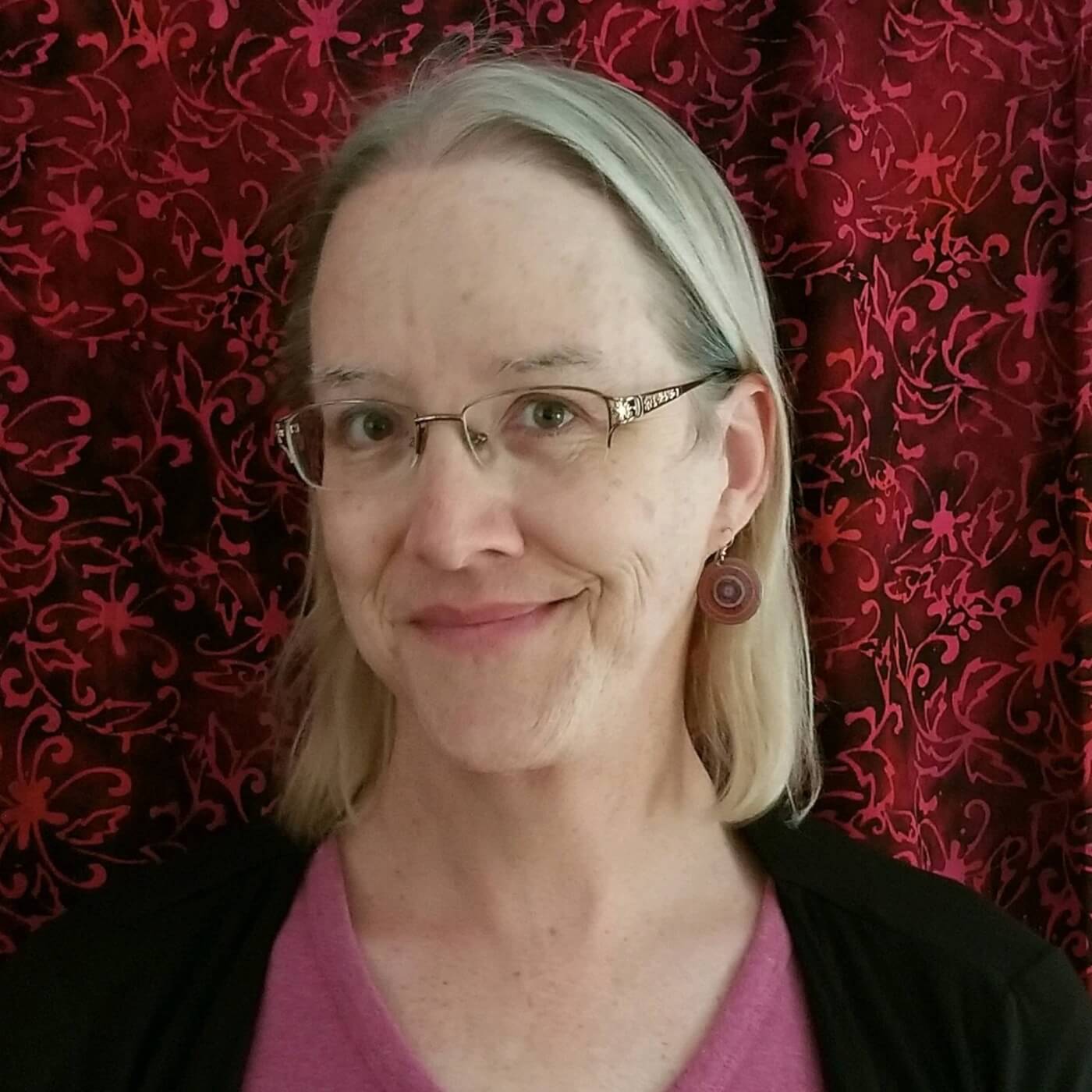 Even at that early stage, Bunker could see the strategic wisdom in Roem’s campaign. “Part of what electrified me was how completely she made her campaign about everything but her gender identity,” Bunker said. “She ran on her qualifications in the issues, and she campaigned really hard, she canvassed her heart out, and she just sort of deflected her opponent, who was this awful man, 12-term incumbent, self-proclaimed chief homophobe of Virginia, who refused to debate her or use her pronouns. And she talked about her local traffic problems, and got elected on that.”

A similar hyper-local focus served as the foundation of each candidate’s successful campaign. Gerri Cannon, who won a New Hampshire State House seat representing Strafford County District 18, credits her successful election to the school board last year with breaking down some of the barriers other trans candidates might face. Voters already knew Cannon’s name, they knew her principles, and thanks to a series of school board forums broadcast on a local network, they knew that she was transgender. Like Bunker, Cannon had been active in advocating for New Hampshire’s trans rights law, and she said she made herself a fixture at local restaurants and businesses so that anyone who wanted to get to know her had the chance to do so.

“We haven’t hid from people,” Cannon said of her and Bunker’s presence in their communities, and their advocacy for trans rights. “We’re out in plain sight: this is who we are, and we value our communities, and people see that.”

Cannon painted her and Bunker’s elections as the natural next step for a politically diverse state that has been discussing trans rights and protections publicly for the past two years: “In this case, it’s two of us, we got out to run for office, we got to share what we feel like is important for our community, and people got to see us as real people, and that helped out tremendously.” 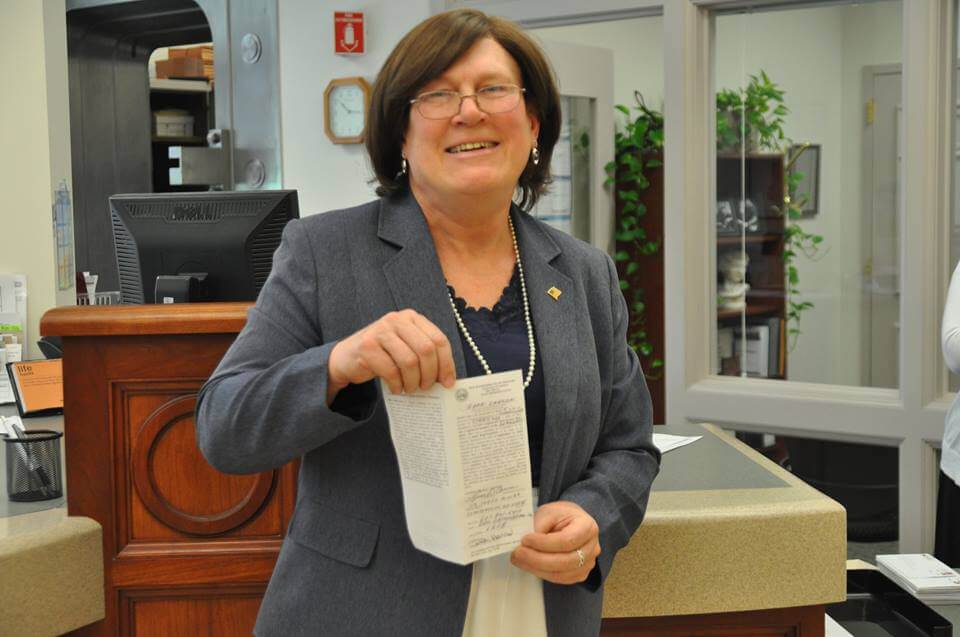 It’s a lesson that many gay and lesbian activists learned during the march toward marriage equality: coming out, and showing up authentically, is arguably the most powerful way to change hearts and minds. But with current estimates that 1.4 percent of the U.S. population identifies as transgender, just 30 percent of Americans said they personally know someone who is transgender, compared with almost 87 percent who said they personally know someone who is gay or lesbian, according to Pew Research Center data from 2016.

But if any of these candidates were the first out transgender person voters had met, none showed it at the door, all three newly elected representatives told INTO. The campaign websites for all three candidates discussed their trans identity, but each woman agreed that she did not “lead with” a discussion of her own identity or LGBTQ rights, specifically.

“Nobody ever said anything about my being trans on the campaign trail,” said Bunker. “Which is, I think, marvelous. That’s how I want it. I don’t want to be ‘that trans candidate’ or ‘that trans legislator,’ I just want to be a good legislator. And the fact that I’m trans is just this sort of one curious thing about me.”

Titone agreed: “I would really only bring up my identity if someone brought up civil rights as an important issue to them. But I wasn’t hiding it. If you went to my website, you’d know.”

Titone said she did encounter a handful of negative reactions, and that she was occasionally mispronouned. But overall, she insists that her gender identity simply wasn’t a topic that constituents were interested in discussing at the door.

“People just didn’t ask,” Titone said. “And whether they were confused or not, I think they waited until the door was closed to internalize what just happened. People just had a conversation with me like I was anybody else.”

“I did expect more bad conversations, or people slamming the door in my face, just because the district is pretty religious,” Titone admitted. “And that tends to skew people towards transphobia and homophobia.”

Cannon was the only candidate INTO spoke with who said her trans identity more frequently came up when she was knocking on doors. But aside from one experience with someone she diplomatically calls “an opponent,” Cannon said the interactions were mostly heartwarming.

“There were some people that had children, diverse children, who wanted to talk with me about supporting their families, and how are their kids going to be supported as they go through school,” Cannon said. “And they weren’t necessarily GLBT kids, [but kids with] all sorts of challenges. They were glad to have me on the school board, but they were also glad that I was in a position to be running for the state, so I could draw attention to issues of discrimination, and bullying, and how we can help kids in general.” 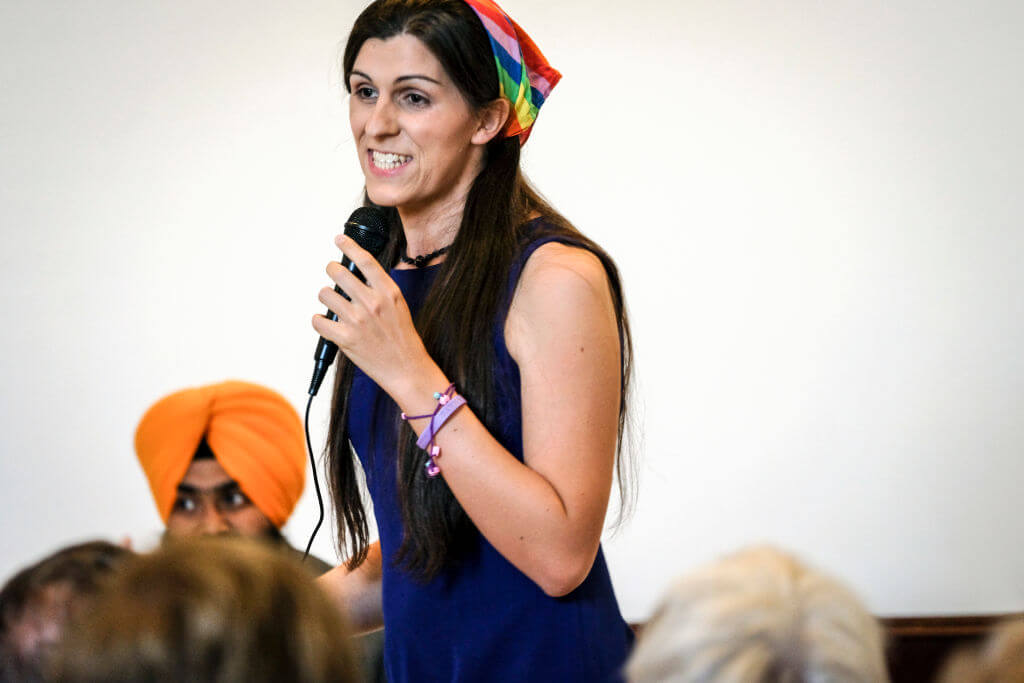 Now that they’ve won their elections, these freshman lawmakers are eager to get to work.

Bunker has taken an interest in election law, and has asked to be assigned to the related committee in the state House. She hopes that her unapologetic presence at the state capitol, combined with her competence in her new job, will help challenge transphobic stereotypes that may persist inside the Concord capitol building.

“Just by showing up, and being out and trans in that building, I feel like I’m going to be able to perform a valuable function, and help people get more comfortable with the idea of trans folk,” Bunker said. “Because I’m not going to push it in their faces. I’m not going to be bringing it up if it’s not somehow come up on its own — I’m just going to go and do my job. But they know I’m trans, there’s been news coverage. They’re just going to have to figure it out and deal. But one thing that I’ve learned in my activism and political work, is it really is, knowing somebody, understanding something about their story, connecting human to human, that changes hearts and minds.”

For her part, Cannon wants to build on the momentum of New Hampshire’s trans equality bill, which was signed into law by the state’s Republican governor earlier this year. She hopes to introduce legislation that would make it easier for trans people born in New Hampshire to amend their birth certificates without requiring proof of gender-affirming surgery, and has already started working with officials at the state’s Department of Motor Vehicles to examine what’s required to begin offering a third gender marker on New Hampshire driver’s licenses for non-binary or genderqueer residents.

And while Titone is aware of the historic nature of her election, she’s also keenly aware that her margin of victory was razor-thin.

“The people elected me to do what we talked about at the doors,” Titone said. “And ‘LGBTQ Stuff’ was not the stuff we talked about at the doors. So my focus is on the things that people were talking about, and trying to do as many of those things as I can, because that was the promise that I made to the people that I talked to… And I want to make sure that the next time the election comes around, that I get another opportunity to keep serving my community… I want to really earn the trust of a lot more people that may have been stigmatized by my identity.”