In the beginning of this year, Trump found a new home in the oval office with a notoriously homophobic vice president at his side.

Much of the country braced for the worst; a regime that would turn the clocks back on LGBTQ rights and protections including the gains made during Obama’s two terms as President. It wasn’t long before the suspicions were confirmed that this administration was bad news for progress. From Trump’s executive order discriminating against LGBTQ persons in the name of religious freedom to his attempt at a transgender military ban, an imperial dark cloud seemed to creep in over the country.

While the ripple effect of the administration’s values was seen in states like Mississippi and Tennessee, another wave of change happened on a state and local level throughout the year, giving hope to the masses in a time of uncertainty for the future of equality. Here is a list of seven states that did something that mattered to the LGBTQ community in 2017, proving that America is not powerless in the face of a threatening administration. 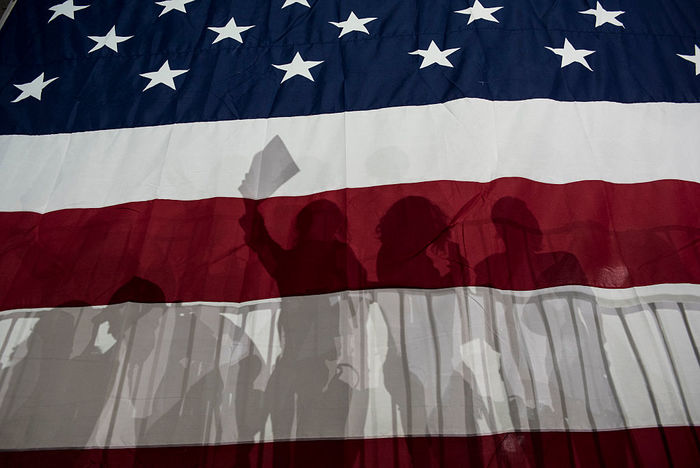 While the Golden State has long been emblematic of equality and progress for the LGBTQ community, this year it did something to alter the future generations of Californians for the sake of inclusion.

In accordance with California’s 2011 FAIR Education Act, state officials approved the first K-8 LGBTQ-inclusive history curriculum. Now children will learn about the variety of parental models (like two moms or two dads) as well as important historical figures like One-Eyed Charley Parkhurst, a notorious stagecoach bandit who lived as a man but was biologically female.

It’s a victorious end to a six-year battle to implement the act in full included fighting off attempts from conservative groups to thwart the rollout. The curriculum also rejected two textbooks in their current curriculum (published by Houghton Mifflin Harcourt) that refused to alter their content for the new demands of the state.

“By including LGBTQ history in textbooks, California is allowing students to get a fuller picture of some of the most important social movements in America,” says Cheryl Greene, Deputy Director, of Welcoming Schools for the Human Rights Campaign Foundation.

“It also allows LGBTQ students to more completely understand the context of today’s fight for LGBTQ rights,” she continues.

The impact of the mandate is huge as it’s estimated that by 2020 California will have 6.5 million K-8 aged students in school. 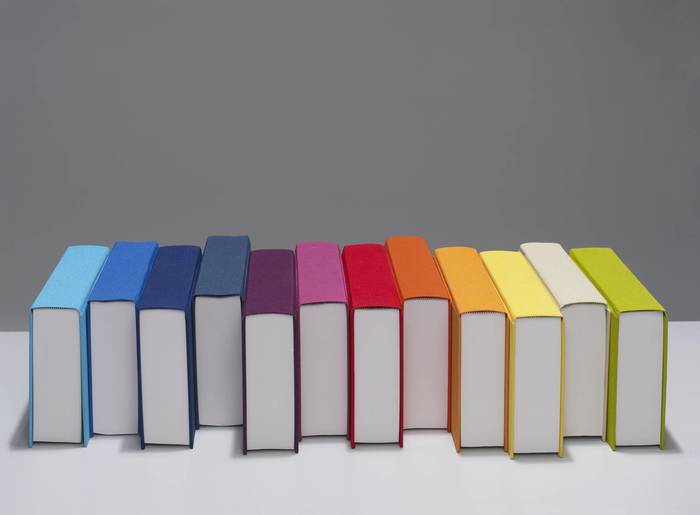 The third most-populous state has a contentiously conservative record, but in 2017 sweeping changes at the local level defined the state’s commitment to LGBTQ rights as 13 cities across Florida outlawed gay conversion therapy, bringing the total to 18 municipalities.

“The fact that Florida’s municipalities have taken the lead to end conversion therapy, despite the state’s government unwilling to hold responsibility and protect LGBTQ youth,” Mathew Shurka, spokesperson for the #BornPerfect Campaign with the National Center for Lesbian Rights, recently told INTO, “is the true power of democracy and shows that local constituents have the power to make a difference,”.

The practice, also known as “reparative therapy,” is still legal at a state level in Florida, as well as in 40 other states. 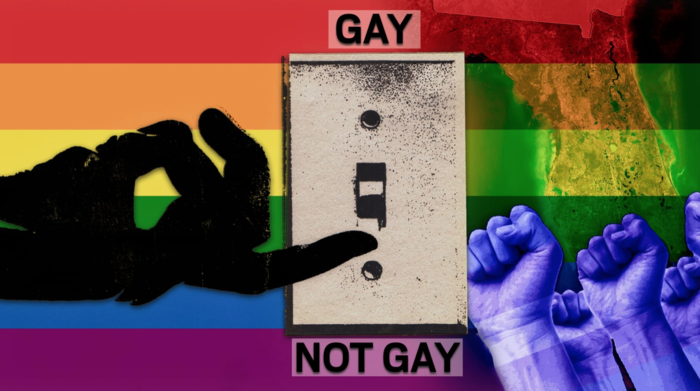 This June, Oregon and our nation’s capital became the first in the U.S. to issue gender-neutral driver’s licenses, a win for gender non-conforming residents. Residents in both D.C. and Oregon can now designate an ‘x’ instead of male or female as their gender marker.

LGBTQ artist, community organizer, and long-time D.C. resident Josef Palermo told INTO, “I’m proud of the District for its leadership on recognizing gender identities beyond the binary of male and female.”

“With this move, DC is really telling those residents that they matter,” they continued. “I hope this inspires other jurisdictions across the country to take similar steps in providing inclusive government services to their residents.” 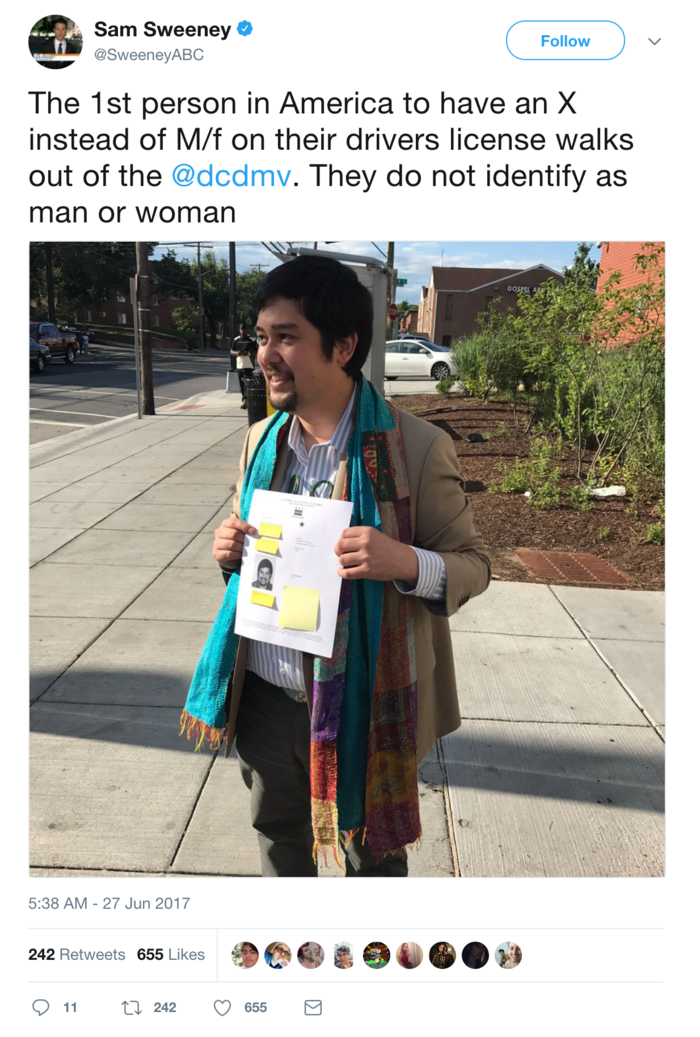 Virginians overwhelming voiced their demand for progress this year by electing a governor, lieutenant governor, and attorney general who are all pro-equality.

“Hate isn’t a Virginia value. Ralph will be a brick wall against the discrimination of the Trump Administration,” the governor-elect Ralph Northam’s campaign page states. “Ralph has a long history of standing up for LGBT Virginians, from opposing bathroom bills that discriminate against transgender people, to fighting to protect LGBT people from workplace and adoption discrimination.”

The 33-year-old former journalist defeated republican, Bob Marshall, who had served in the House of Delegates for 25 years. Marshall, who has referred to himself as a “chief homophobe” is an outspoken opponent of transgender rights. He refused to debate Roem during the election and repeatedly used “his” pronouns when referring to her.

Marshall also introduced a “bathroom bill” this year that would have required schools to inform parents of any student who “ask to be recognized or treated as the opposite sex” and prohibited transgender students from using bathrooms of their choice.

Roem, who was endorsed by former Vice President Joe Biden, among others, has focused fixing local traffic issues and crowded schools in her county while being a champion for inclusion. 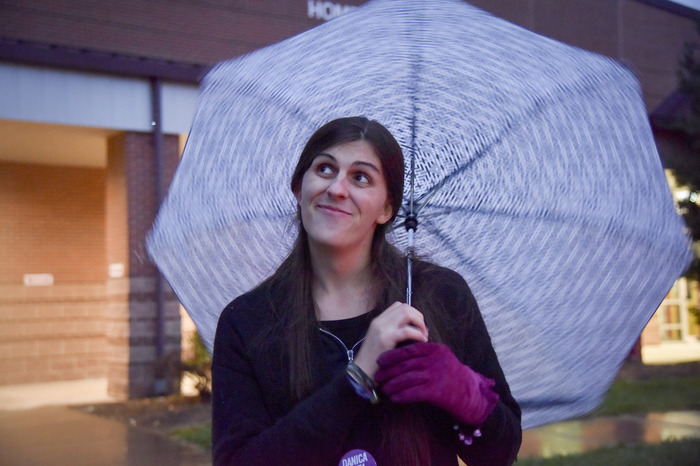 Not quite as progressive as California, but still a step in the right direction, in March, Utah repealed it’s regressive “No Homo Promo” law, restricting discussions of homosexuality in schools.

According to research by Human Rights Watch, the law has “discouraged school personnel from intervening to stop bullying and harassment, deterred teachers from providing basic information, and limited students’ ability to form and organize LGBT groups.”

Support to repeal the measure was strong from both the House and Senate, with a vote of 68-1 and 27-1 respectively in favor of repeal. Seven other states, all in the South, have active “No promo homo laws” and advocates are hopeful those states will follow the example Utah is setting with the repeal.

The state where Roy Moore almost won has a long way to go to become a role model for equality, but this year, it made some important strides.

While HRC endorsed Doug Jones (who has a gay son) had a margin of victory of only 1.5 percent, the implications for the LGBTQ are not minimal. Some thought Jones’ campaign was over when he publically publicly denounced President Trump’s transgender military ban, but the votes proved critics wrong.

According to Equality Alabama, there are more than 60,000 LGBTQ voters in the state and advocates are hopeful that Jones’ win means change where it’s most needed.

This year Birmingham also became the first city in the state to enact an all-inclusive non-discrimination ordinance, making it illegal for any housing or employment entity to discriminate based on factors including gender and sexual orientation.

Future hope exists for an end to Alabama’s “No Promo Homo” law and laws that allow taxpayer-funded adoption agencies to deny placements based on religions, which can be problematic for LGBTQ adoptive parents.

The places above are by no means a conclusive list of the state and local efforts to protect and empower LGBTQ Americans, but as long as Trump is in office, we must continue to look for leaders at every level to fight for the protection and freedom of our communities. 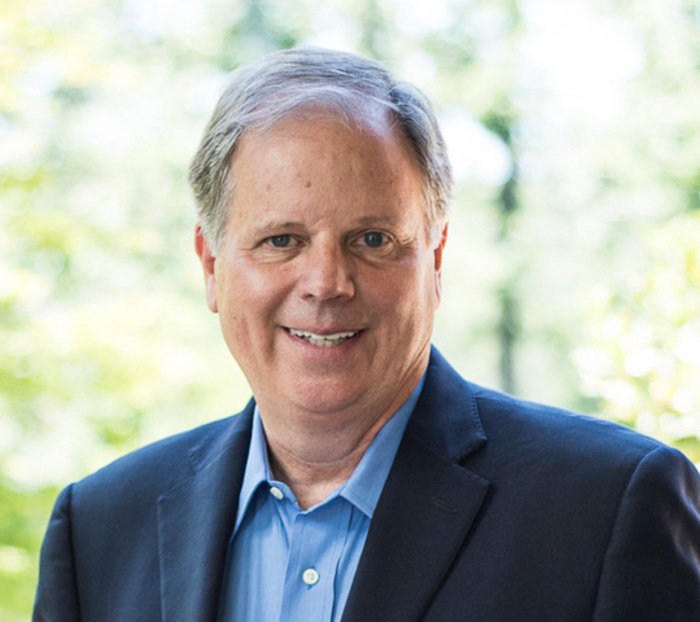