The Benham Brothers are at it again.

The former Minor League Baseball players, who were canned from their HGTV show in 2014 over anti-gay remarks, claimed in a Facebook video that God is “speaking through” Hurricanes Harvey and Irma, which have killed dozens of people.

“If you would’ve told us back in 2001 that in 2017 we’d be completely redefining what gender means, what marriage means, what sexuality means I would’ve said there’s no way that would happen in our country,” said David Benham in a video posted to coincide with the anniversary of the September 11 attacks.

“16 years after that horrific terrorist act took place in our country,” he continued. “God is speaking: ‘Repent! Yes, you’ve rebuilt, but it’s time to repent!’”

Benham has previously claimed same-sex marriages are the result of a “depraved mind.”

But the not-quite reality stars aren’t the only anti-LGBTQ conservatives to blamethe destruction wrought by the hurricanes, which have done $70 billion in damage to Texas, Florida, and the Caribbean Islands, on “moral corruption.” Quite a few Christian extremists think queer people are responsible for Harvey and Irma.

Here are some of them:

Swanson, an Orthodox Presbyterian minister with close ties to Ted Cruz, claims that the storms were retribution for Texas’ failure to pass an anti-LGBTQ bathroom bill.

“Two Republicans would not allow the bill on the floor, they wanted to encourage the abomination of men attempting to dress like women in the state of Texas,” Swanson said in an Aug. 31 broadcast of his radio show.

“They were gung-ho to support this abominable activity in the state of Texas,” he added.

Texas Gov. Greg Abbott called a special session of the state legislature in June after conservative lawmakers failed to force through State Bill 6. The legislation, if passed, would have forced trans people to use restrooms that correspond with their “biological sex” in public schools, government buildings, and universities.

House Speaker Joe Straus, a Republican, opposed the bill, saying it would be “bad for business.” It failed to become law.

“We’re not saying that God sent the Hurricane just because of this, but we are looking for stuff to repent for the state of Texas and city of Houston,” Swanson concluded. “We hope they’re paying attention.” 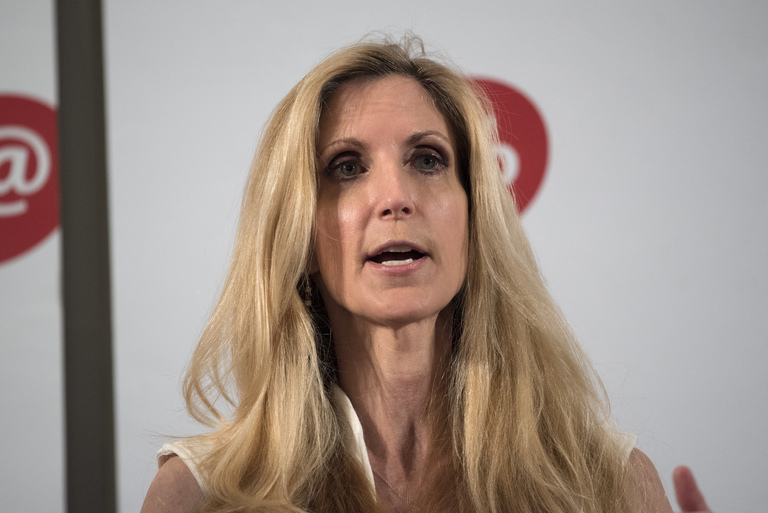 Coulter, known for making outlandish statements to stoke outrage, made waves on Twitter by claiming Harvey might be payback for lesbianism.

The conservative shock-jock said in an Aug. 28 tweet that she doesn’t believe that the hurricane is “God’s punishment for Houston electing a lesbian mayor,” but Coulter believes that the explanation is more “credible” than “climate change.”

When Annise Parker was elected in 2010, she became one of the few openly LGBTQ elected officials to lead a major city. Houston is the fourth-largest metropolitan area in the U.S. Parker left the mayor’s office in 2016, a year after the city’s nondiscrimination ordinance was voted down in a public referendum.

Coulter, who once called John Edwards a “faggot,” was named a “gay icon” in 2011 by GOProud, a now defunct Republican group. 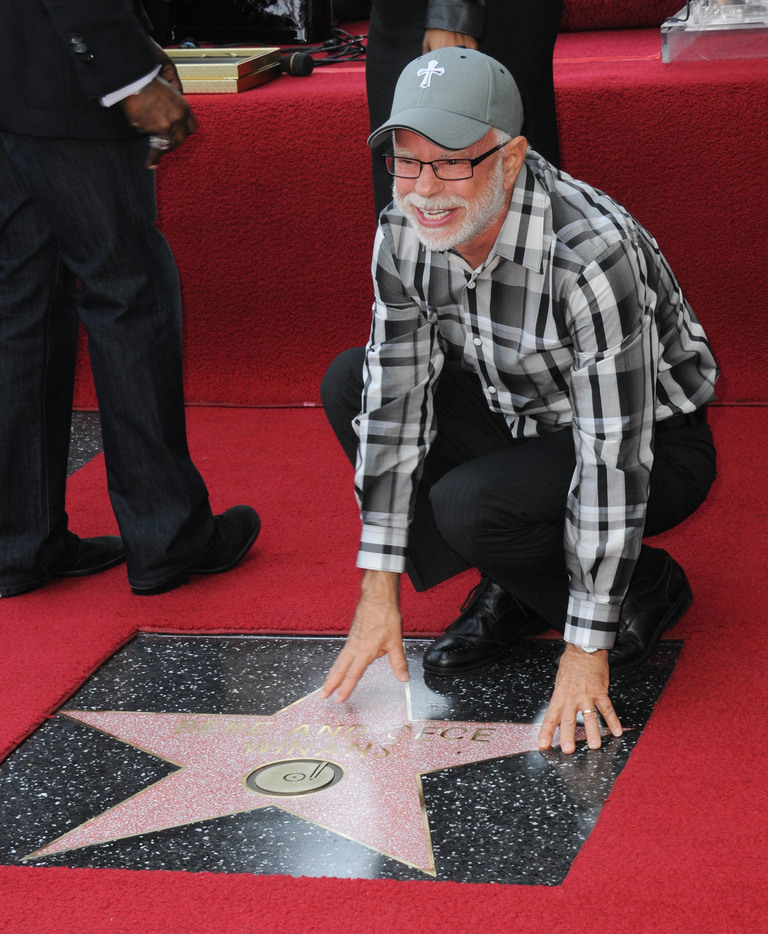 The televangelist and first husband of the late Tammy Faye Bakker claimed that the massive flooding that resulted from Hurricane Harvey, which left entire communities underwater, is “from God.”

“It’s a judgment on America somehow,” Bakker said in a Sept. 4 broadcast.

Guest host Rick Joyner, founder of the anti-gay MorningStar Ministries, concurred with that assessment during a segment where the two men sold disaster relief kits. Joyner, who believes marriage equality is the “mark of the beast,” said that it’s “time to step up against the perversion of our times and call it what it is.”

“These things don’t happen by accident,” Joyner added, before claiming that “things are going to get more and more severe.”

Bakker served four years in prison after being found guilty of 24 counts of fraud and conspiracy. The New York Times reported that the evangelical mogul, then worth millions of dollars, was responsible for cheating “followers of his PTL Ministry out of $158 million by offering promises of lifetime vacations he could not provide.”

A church secretary, Jessica Hahn, also claimed that Bakker paid her $279,000 to stay silent after he allegedly sexually assaulted her. Bakker has maintained Hahn consented.

“Just remember, God gets the last word,” Bakker told Joyner on his show.

Wiles, a Florida-based pastor who believes God kills gay people with Ebola, has claimed that Hurricane Harvey is proof of the creator’s disdain for the “sexual perversion movement.”

In an Aug. 29 broadcast of his TruNews radio show, Wiles referred to Houston as one of most “top-tier, most gay-friendly cities in America,” claiming that its progressive leanings are why the city is “underwater” right now.

Wiles added that Houston has “boasted of its LGBTQ devotion.” He asked, “How’s it working out for them right now?” he asked.

That point is fairly debatable. Although Houston is one of the few areas in Texas that tends to vote Democratic in national elections, the campaign to slander Houston’s Equal Rights Ordinance was virulently transphobic. Attack ads warned that giving trans people equal access in public accommodations would lead to innocent children being targeted in bathrooms, a widely debunked myth.

That ordinance was nonetheless voted down by a 21-point margin.

Wiles, whose radio program is devoted to prophesying the end times, has claimed that same-sex marriage will bring about “disease, pestilence, drought, natural calamities, and a great shaking” and “permit America’s enemies to attack this nation.” He also claimed that the legalization of marriage equality would lead to murder and imprisonment.

Meanwhile, leading experts agree that the record-level intensity of Hurricanes Harvey and Irma is a result of global warming.