The 2018 midterm elections are looking to be particularly historic —  so we at INTO are stepping in to be your queer guide.

Starting Tuesday midday, we are giving you live coverage of all the major races the only way we know how: through a queer lens. We are doing this not only because the elected candidates impact the lives of LGBTQ people in a direct way, but also due to the fact that this cycle has more openly LGBTQ folks running for offices on every level.

Follow along below and check back frequently for live results, breakout stories about certain candidates from the ground and even a fun meme or two when appropriate.

Minnesota has a new representative in congress: a lesbian mom with four kids who grew up in a trailer park with a single mom, put herself through college, and found success in the business world. As if Angie Craig weren’t enough of a badass, she also just defeated her Republican opponent — a guy who compared gay people to rapists and drug addicts on his former radio show, and also complained about how it’s no longer acceptable to call women “sluts.” We stan Angie Craig, and can’t wait to see what she’ll do in federal office.

Incumbent Oregon governor Kate Brown became the first openly LGBTQ person (bisexual, to be exact) elected governor of a U.S. state in 2016, which is cool. The heavily-funded Republican who challenged her seat this year, Knute Buehler, has what can only be described as a “soul patch” on his chin, which is not cool. Thus, we celebrate.

It’s Not All Bad News In Texas

Out lesbian Julie Johnson will speak for District 115 in the Texas House of Representatives after unseating Republican rep. Matt Rinaldi tonight. Johnson is a Dallas-based attorney who owns her own firm and has two children with her wife, Dr. Susan Moster.

After 12 months of giving it everything we had, tonight we won a seat in NTX that has been held by Reps. for over 40 years! We pushed reset in District 115 & affirmed what most of us have known for some time– Texans want their leaders to put people over politics. pic.twitter.com/RGRqzaDjeZ

California’s New Governor Was a Trailblazer For Same-Sex Marriage 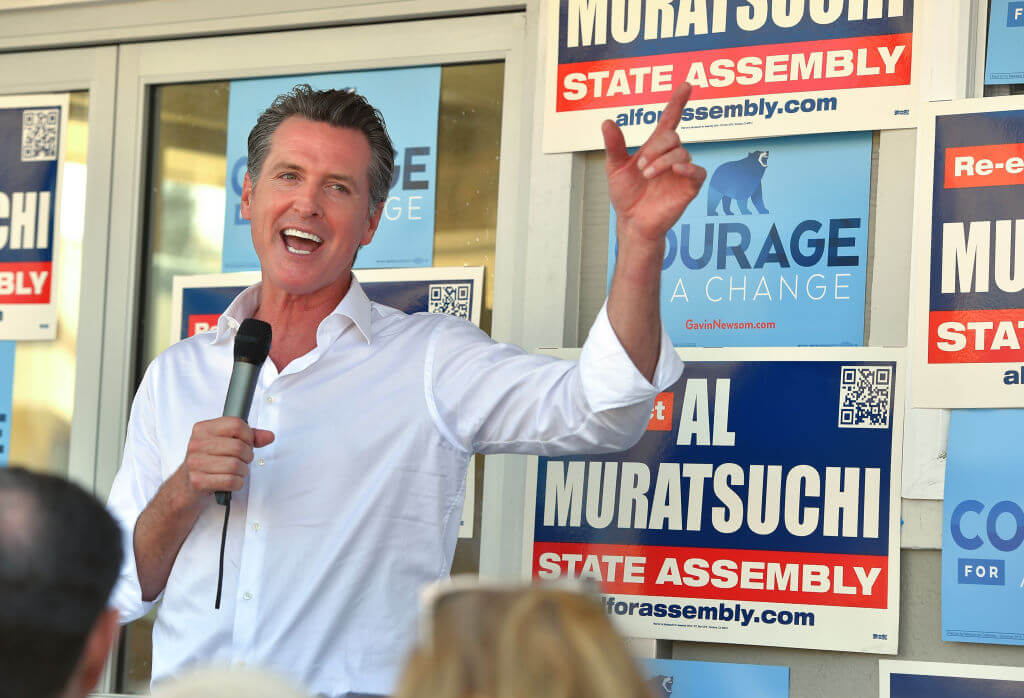 ABC News projects Gavin Newsom will become the next governor of California. The lieutenant governor is likely to continue its record as one of the most progressive states on LGBTQ rights. The 51-year-old served as mayor of San Francisco when the city briefly allowed same-sex couples to marry in 2004.

Those unions were voided by the California Supreme Court the same year but eventually led to the bench’s 2008 decision legalizing marriage equality in the state.

Democrat J.D. Ford defeated State Senator Mike Delph, a Republican who has been in office since 2005. Ford’s victory at the state level comes at the same time that Indiana elected Greg Pence, vice president Mike Pence’s brother, to represent the state in US Congress.

While a few precincts have yet to report results in North Carolina, the majority of votes have been cast in favor of passing a statewide voter ID requirement. This means that even more transgender voters could be disenfranchised in future elections; according to a Williams Institute study released this August, voter ID laws impact tens of thousands of trans voters who already face obstacles when it comes to updating identity documents.

Small business owner Megan Hunt made history tonight as voters chose her over opponent Mina Davis for a seat in the Nebraska State Senate, District 8. Before tonight, the state was one of seven that had never elected an openly LGBTQ state legislator; currently only four openly LGBTQ elected officials serve in the state.

Hunt is the founder and Vice President of Safe Space Nebraska, a non-profit working to end harassment and assault in nightlife clubs and establishments, and is a trustee of the Business Ethics Alliance and has served on the boards of Friends of Planned Parenthood of the Heartland, Friends of the Nebraska AIDS Project, and Omaha Area Youth Orchestras. Earlier this month, she wrote on Instagram, “Representation matters in leadership, and there can never be a second until there is a first. I’m proud to have the support of Dr. Jay Irwin, Nebraska’s first openly transgender elected official on the Ralston Public School Board. I hope to become the first openly bisexual person elected to the Nebraska Legislature. It’s not about who we love or how we identify, it’s about that path of possibility we are able to blaze for those who come next.  Thank you Dr. Irwin for your endorsement and support, and most importantly, for your example.” 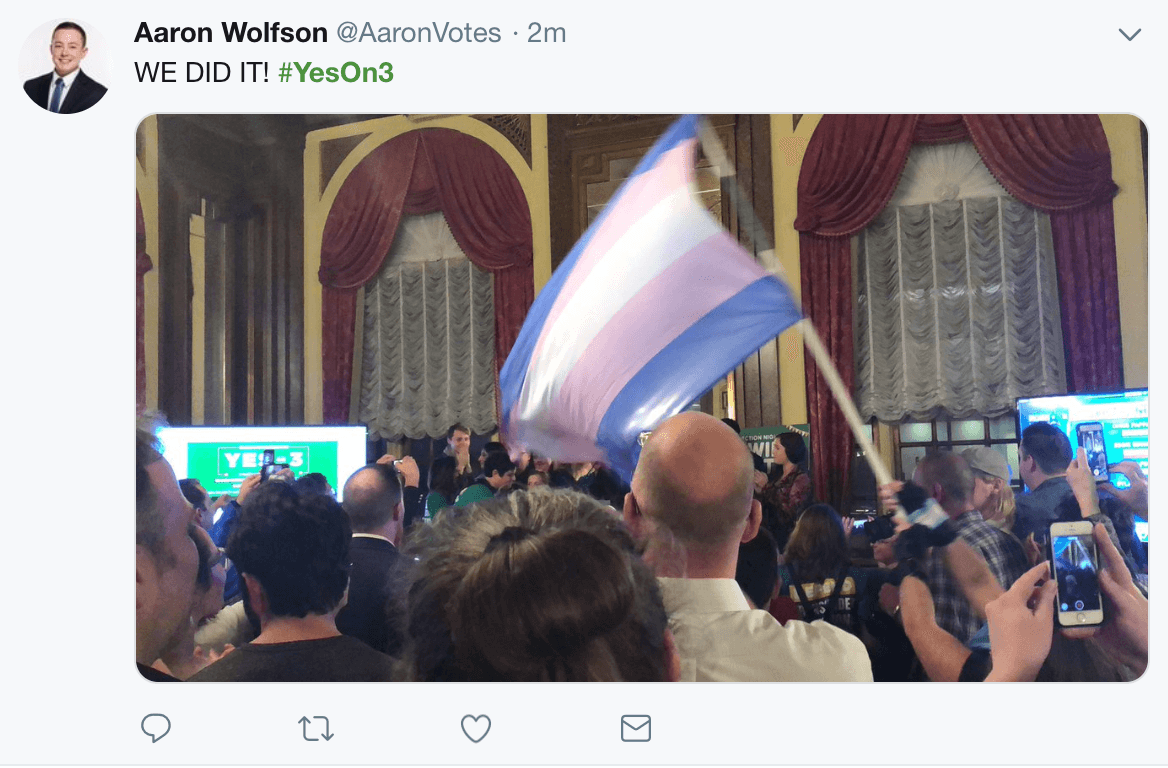 Massachusetts voters have soundly rejected a measure to strip away non-discrimination protections from transgender people in the state Tuesday.

The vote marked the first time in history that trans rights were on a statewide ballot. It was seen a bellwether for the country on trans rights.

With 26 percent of the vote counted, 68 percent voted “Yes” on 3 to uphold trans protections.

Betsy Driver Is The First Intersex Mayor of a U.S. City

After becoming the first intersex person elected to public office in 2017 when she won a race for the Flemington, New Jersey Borough Council, Betsy Driver has taken her political career to the next level — beating Republican incumbent Phil Greiner to become the city’s new mayor on Tuesday night. Driver, who uses she/her pronouns and identifies as a lesbian as well as being intersex, was one of the founders of Intersex Awareness Day.

Gay Favorite Brian Sims Is Returning to Office in Pennsylvania

Brian Sims of the 182nd district of Pennsylvania has been re-elected, besting independent James McDevitt.

Sims first act? He called his parents to share the good news.

THANK YOU! I just got off the phone with my Mom & Dad and I’m humbled to announce that I’ve been re-elected to the House of Representatives! Fighting for the people and ideas most important to this City & this country are the work of my life and I’m grateful to return. #BlueWave pic.twitter.com/Q4y38THSsB 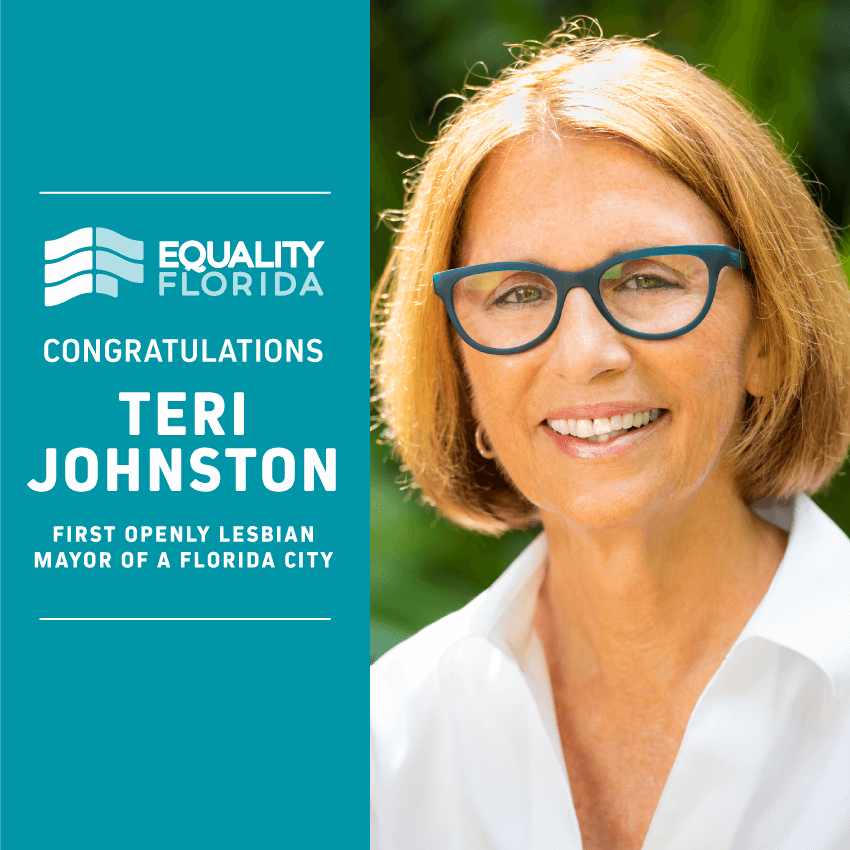 Former city commissioner Teri Johnston defeated opponent Margaret Romero with 66 percent of the vote. A contractor originally from Iowa, Johnson replaces Craig Cates, who has served as Mayor of Key West since 2009. Besides being the first lesbian, Johnson is only the second woman to hold the position — the first was Sheila Mullins in the late 1990s.

Johnson and her partner of 34 years have two daughters and four granddaughters.

Elsewhere in Florida, Jennifer Webb will become the first LGBTQ woman to serve in the state legislature, Carlos Guillermo Smith was re-elected to the Florida house in Florida House District 49, and Sarah Fortney has been elected the first openly lesbian school board member in Polk County (District 3).

Florida Won’t Send a Lesbian Mom To Congress After All

Florida congressional candidate Lauren Baer, who would have been the state’s first LGBTQ representative in Congress and the first mother in a same-sex marriage elected to the legislative branch, lost her bid on Tuesday. Baer conceded to her Republican opponent, Brian Mast, but not without first firing a warning shot: “We will hold you accountable, we will fight for our rights, and we will demand the change that we all need, and that we all deserve.”

Texans, #TurnOUT and #VoteToday! We must elect pro-equality champion @LupeValdez as the next governor of Texas! #ElectionDay #Midterms2018 https://t.co/qylBC78ezK pic.twitter.com/kFNgek7ErU

With just three percent of the vote counted, the AP has projected that lesbian Lupe Valdez has lost to Republican Greg Abbott (53.6 percent for Abbott vs 44.8 for Valdez)

Valdez would have been the first LGBTQ governor of Texas and the state’s first Democratic governor in 23 years.

According to everyone from Kentucky Herald Leader to the Associated Press, famous homophobe Kim Davis is officially out of office. She’s been replaced by Democrat Elwood Caudill, a Rowan County local who also faced her (and lost) back in 2014. Sadly, she was not defeated by one of the gay men whose marriage license she had refused — despite internet rumors to the contrary. Read the whole story.

So Far, It Looks Like Famous Homophobe Kim Davis Is Losing The Election

Kentucky Herald Leader reporter Will Wright tweeted just moments ago that Kim Davis is trailing her opponent by about 600 votes in her bid for reelection. Davis is looking to keep her seat as Rowan County Clerk, the job where she famously refused to follow the law when she denied a gay couple a marriage license in 2015. Her opponent, Elwood Caudill Jr., says on his campaign website that he wants to see LGBTQ couples treated equally in the clerk’s office, adding “frankly, it’s none of my business (and definitely not the government’s business) what legal activities go on in anyone’s home.”

Campaign in Massachusetts Is Suddenly Worried About Question 3

Multiple sources close to the critical vote to uphold trans rights in Massachusetts tell INTO they are very worried about the fate of the measure.

A WBUR poll in September showed 71 percent of voters would vote yes on Question 3 to keep non-discrimination protections for trans people in public accommodations.

But on Tuesday, three sources close to the measure described the vote as close and uncertain.

“There’s been an incredible turnout from allies and the queer community here,” said Dee Rogers, a leading voice on the measure in Boston. “That said, things are definitely up and down. The stakes are very real right now.”

Katherine O’Connor, a volunteer youth leader with the campaign, likewise described the situation on 3 as very “close,” citing low campaign polling over the past week.

The vote is considered a bellwether for trans rights across the nation. 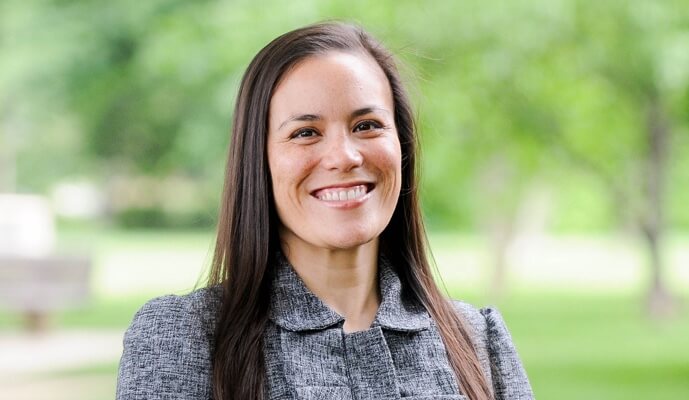 Congressional candidate Gina Ortiz Jones, who will be the first openly LGBTQ House representative from the state of Texas if she wins tonight, is inviting voters to watch the election results with her in San Antonio tonight. The party starts at 6:30, Texas time.

Officials in numerous states are reporting high turnout at polls across the country today. But in states like Michigan and Washington, votes are expected to shatter previous records of civic participation. In other states, like Arizona, early ballots alone surpassed all votes cast in the last midterm election.

Joshua Tenorio, an openly gay man, was elected lieutenant governor of Guam, alongside Lou Leon Guerrero, who will be Guam’s first female governor. Tenorio received the endorsement of the Victory Fund.

Oregon’s incumbent governor Kate Brown, who in 2016 became the first openly LGBTQ person to be elected governor of a U.S. state, urges voters to head to the polls with some stunning math: Brown won her first race by just seven votes.

I literally won my first race by 7 votes. Your vote is so important, turn in your ballot by 8pm tonight to a dropbox near you! #TeamKate #OregonVotes #orpol https://t.co/AGcaUCmZIo

The Gods Have Spoken: The Rainbow Wave Is Here

Happy Election Day. The rainbow Wave is literally here. Over Washington D.C.; over the Republican National Committee Headquarters in Washington, in fact.

There are at least 399 LGBTQ candidates up for election tonight. Call it a sign.

This year, there’s at least one LGBTQ candidate running in every single state during this midterm cycle. So we’ve created a guide to help you track the 15 must-watch candidates who are on the ballot this year.

Highlights include the first transgender person to be nominated for governor, Vermont’s Christine Hallquist, to the first bisexual governor, Kate Brown, who must fight for her current seat in Oregon.

I'm in St. Albans! The energy I've seen across the state today has been contagious. I'm so proud of my state and so excited for tonight. #vtpoli pic.twitter.com/cpFrdufZpd