In what would appear to be a rare victory for LGBTQ rights in Russia, a shop owner claims that authorities forced him to shut down business after he refused to remove signs forbidding gay customers.

Signs reading “No Faggots Allowed” began appearing in the windows of Bread and Salt, a high-end grocery chain with locations in St. Petersburg and Moscow, earlier this year. The noticed attracted such notoriety that a branch in Kirov began selling hand-carved wooden souvenirs with the homophobic epithets written on them for 2,000 rubles, as Radio Free Europe reports. That comes out to about $35.

Vera Vrubel, a former attorney who lives in St. Petersburg, filed a complaint with local police about the signs in June. She claimed that the signs are illegal under Russia’s obscenity law, a 2014 code which bans the use profane language in art and media.

German Sterligov, who owns Bread and Salt, says that law enforcement officials ordered him to remove the word “faggot” (or “pidara” in Russian) from the postings. But the multi-millionaire businessman claims that authorities had a hidden agenda in asking him to change the signs: They wanted to force him to serve everyone. 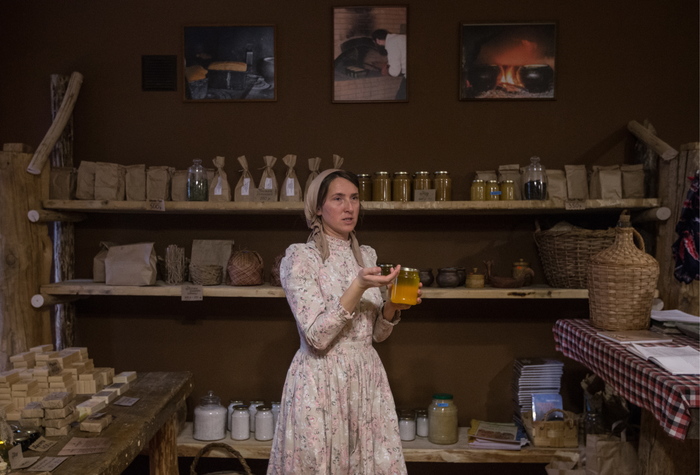 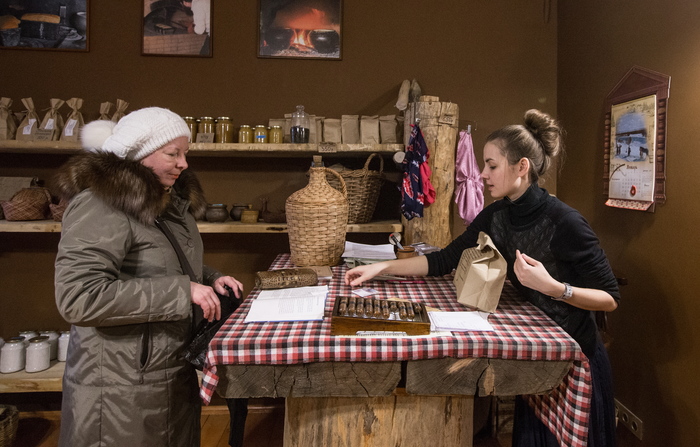 Sterligov says that he will be closing his stores in Moscow as a result of the edict. The Russian Orthodox Christian claims in a statement posted to Facebook that he would “rather forgo profits” in the Russian capital than be forced to serve members of the LGBTQ community. Vrubel championed the closures as “the first victory over a homophobe” in Russia in a Facebook post.

The LGBTQ activist tells INTO that she lives in the same building as a Bread and Salt store, meaning that she’s been forced to walk past the sign whenever she leaves her apartment. What is particularly upsetting, she adds, is that people appear to have found the messages funny: Teenagers have been taking selfies in front of the signs and posting the photos on social media.

“I had to see it every day,” she says. “That’s why my reaction was to go and to fight. I had no choice.”

It wasn’t just the sign, however, that was objectionable and dangerous. On Sterligov’s website, Vrubel alleges that the pious businessman has stated that he “hates” LGBTQ people and is “ready to kill” them.

But she contests that it was police pressure that forced the religious extremist to close up shop.

Although Moscow authorities announced on Oct. 27 that they would be launching a “probe” to investigate Bread and Salt, Vrubel says that the letter sent to Sterligov three days later was a “light and gentle” warning to take down the signs. He wasn’t threatened, she claims, with a fine, prison time, or tangible legal action.

“He’s wanting to write on social media that prosecutors are closing his business because of our complaint, but it’s bullshit,” Vrubel alleges.

The one-time attorney, who practiced law for almost 15 years, says that the reason his stores shut down is that he’s a “very bad businessman.” Advertising eco-friendly products made by “Russian peasants,” Vrubel claims that Bread and Salt charges “crazy” prices for its food. Whereas bread might go for 100 rubles (or $1.70) in an average grocery, the same loaf would cost 30 times more in Sterligov’s store.