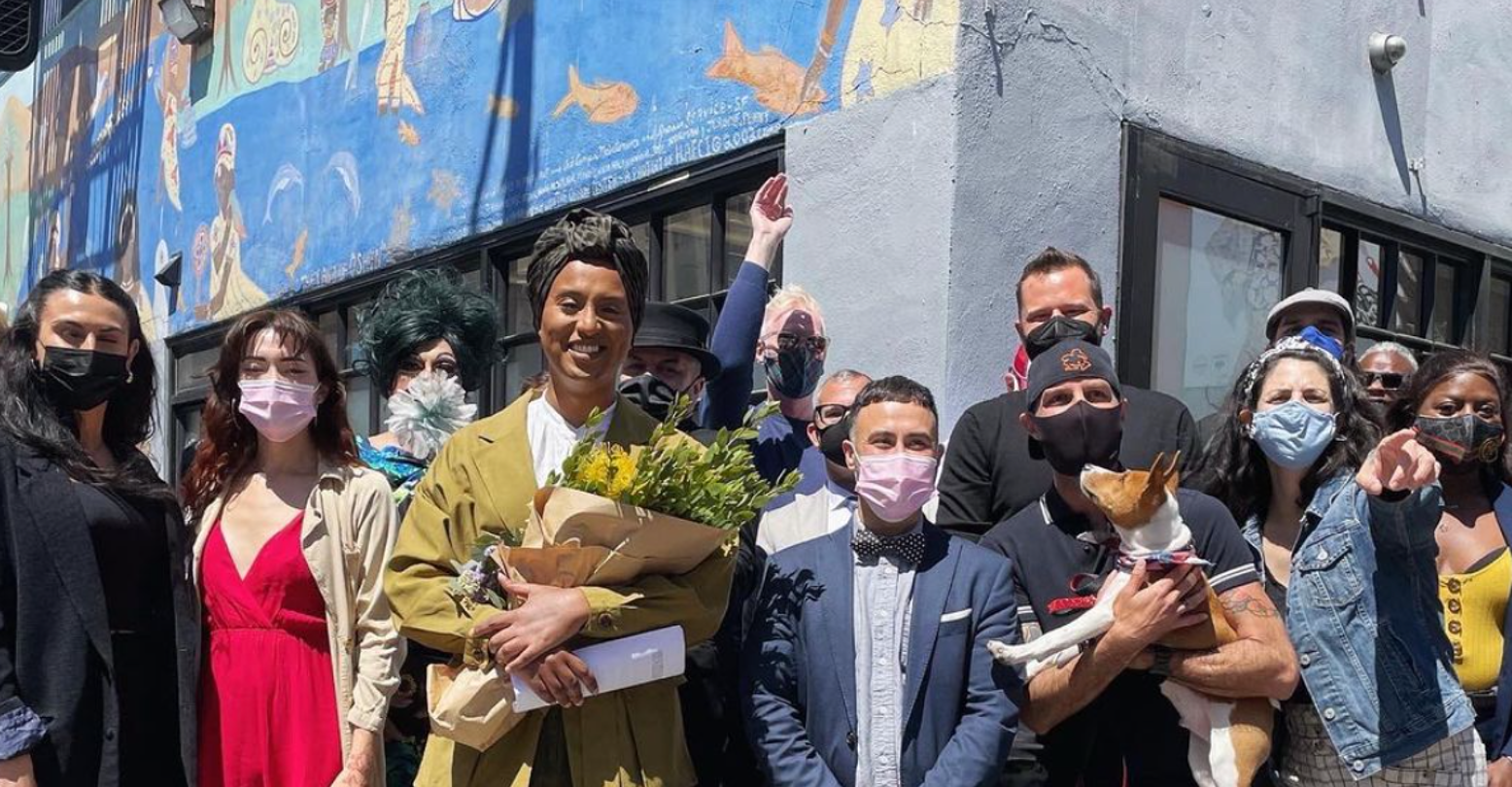 Honey Mahogany is many things: an activist, a RuPaul’s Drag Race performer, a singer, and most recently, the San Francisco Democratic Party chair, as announced on Instagram this morning.

For the past four years, Mahogany has been a member of the San Francisco Democratic County Central Committee, helping the city retain its queer identity. She’s also worked as a legislative aide to Supervisor Matt Haney. Her involvement in San Francisco’s political scene hardly ends there: The SF native founded Compton’s Transgender Cultural District (named after the famous Compton Cafeteria Riot) and served as President of the Harvey Milk LGBTQ Democratic Club. She is also the co-owner of The Stud, San Francisco’s oldest surviving gay bar.

“Policy can be used to create change,” Mahogany explained, “especially on a local level.”

Today, those words ring truer than ever. Mahogany’s win is already historical: in 2020, she became the first Black trans woman to be elected to public office both in San Francisco and across the state of California. Today’s win makes her one of the most powerful trans folks in politics.

We can’t wait to see what she takes on next.