“The eyes of the nation are indeed on this Commonwealth,” McBride said. “I think people around the country think that it certainly can’t happen in Massachusetts, but we all know what happened in California with Proposition 8.”

Massachusetts will vote on the nation’s first-ever statewide anti-trans ballot measure in November. The referendum seeks to roll back public accommodations protections in restrooms and locker rooms, as well as in hospitals, restaurants, and parks.

Recent polling by WBUR indicates strong support for trans rights in Massachusetts, with 71 percent saying they would back keeping the anti-discrimination law.

Still, many in Boston still don’t know the measure is on the ballot. Even many LGBTQ people are unaware of the issue, and some that are aware mistakenly think they should vote “no” when they need to vote “yes” to uphold protections.

Standing in the Congregational Church of Needham, McBride told residents they would need to do more than vote to halt the attack on trans people, not just in Massachusetts but nationally. McBride cited recent reports that indicate the Trump administration wants to legally erase transgender people. 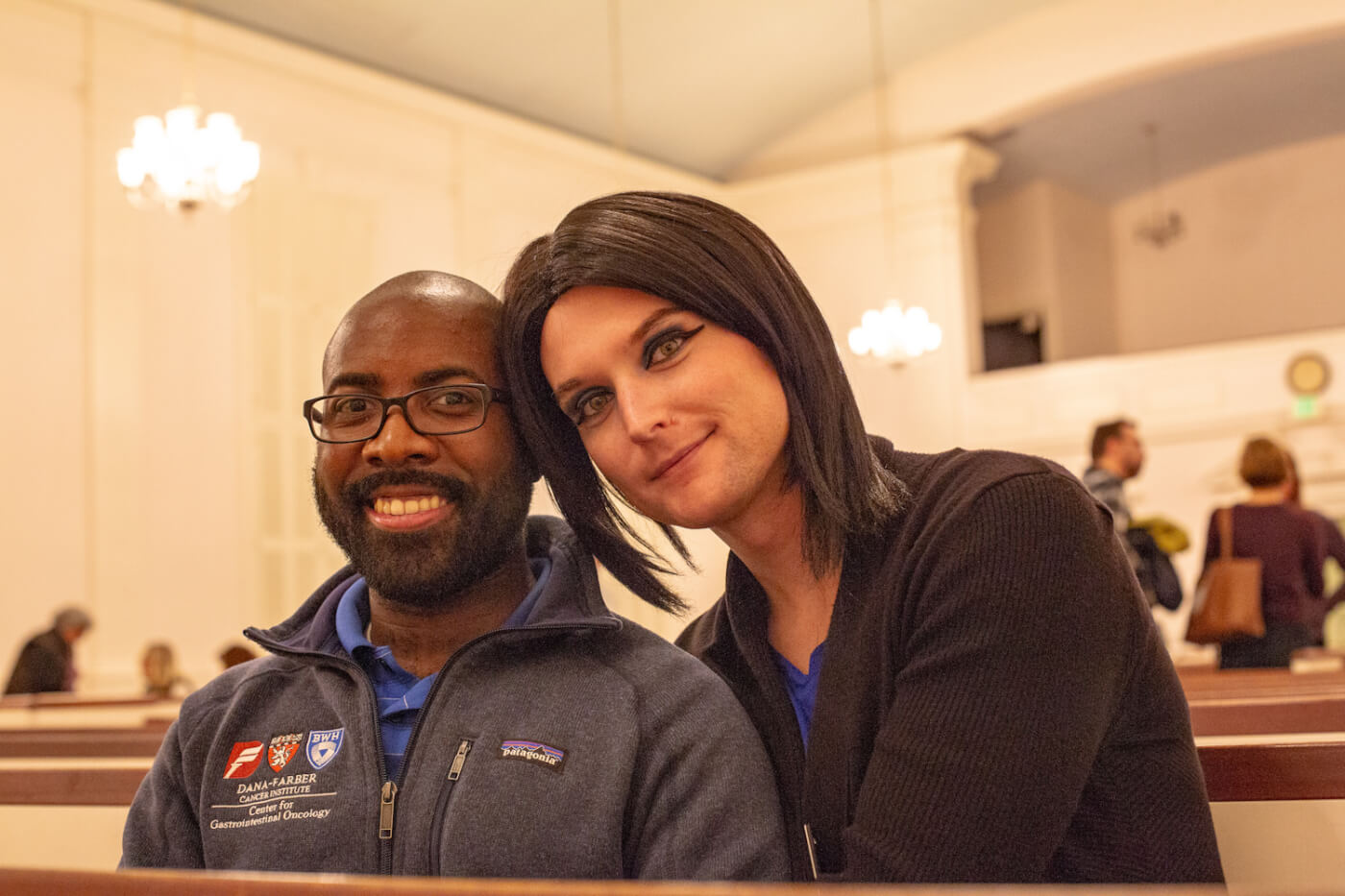 Eryn Tomascik, a local transgender woman, said she has been trying to change the minds of voters who plan to vote no. Tomascik said local conservative voters trend toward independent and are willing to at least engage on the issue.

“It’s almost a surreal state to live in,” she said. “I wouldn’t be human if I wasn’t worried.”

“Just the fact that a human rights issue like this is on the ballot is maddening,” Tomascik’s partner Josh Innocent said.

Matt Wilder, who was instrumental in the passage of the non-discrimination protections, told residents that the Yes on 3 campaign still needs to raise $500,000 to meet its fundraising goal. This week, the campaign started airing TV commercials featuring a trans youth and law enforcement backing a Yes on 3.

Those ads will combat messaging from anti-trans activists, which have portrayed transgender Bay Staters as bathroom predators.

Sawyer Bethel, executive director of OUT MetroWest, which serves LGBTQ youth, asked residents to counteract that messaging by directly protecting and loving trans youth who are currently vulnerable. Bethel cited a survey that found that 60 percent of MetroWest trans youth had contemplated suicide.

“We want our children to live. That’s the basic tenet,” said Bethel. “If we lose, the light gets extinguished, just a little bit.”