Two years ago, when the Ann & Robert H. Lurie Children’s Hospital of Chicago adopted a trans-inclusive policy, the city’s LGBTQ newspaper Windy City Times remarked that it was “another trailblazing move that has become synonymous with the organization.”

Lurie was the first hospital in the country to adopt such a policy. It earned a top score of 100 on the HRC’s Healthcare Equality Index. In 2013, the hospital drew national praise for opening one of few gender identity clinics nationally for kids.

In short, Lurie has long been lauded as a national example in not just pediatric care (it’s in the top 10 this year), but in the treatment of transgender youth.

But one place where Lurie has failed in its approach to gender is in its continued practice of performing medically unnecessary surgeries on intersex children that can have devastating psychological and physical consequences, say advocates. 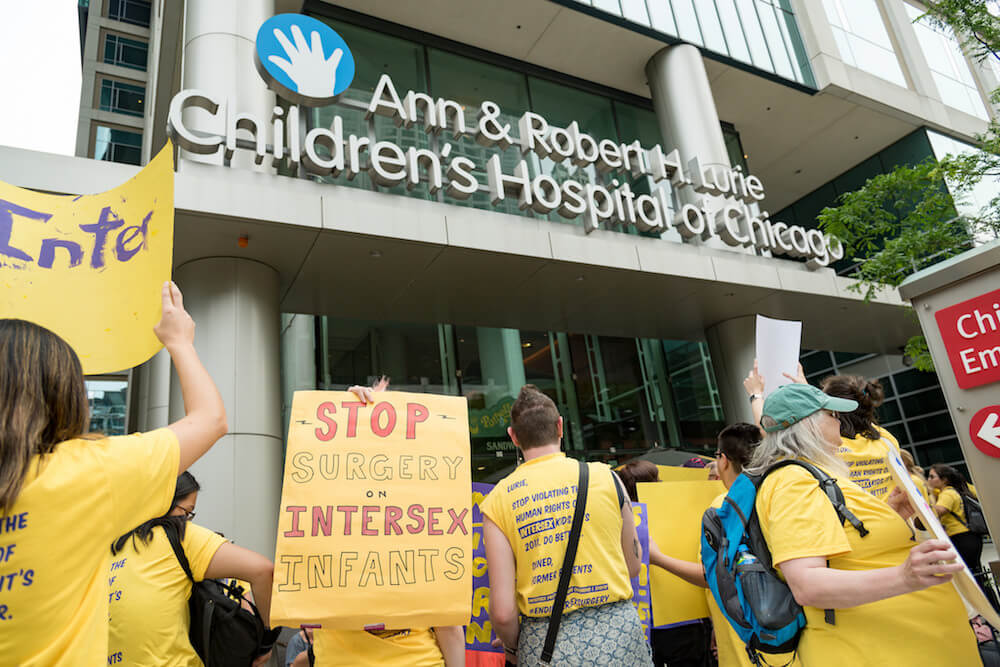 It’s for that reason that Lurie finds itself in the crosshairs of a new campaign that seeks to halt such surgeries.

On July 19, about 70 people gathered outside the downtown hospital to demand an end to the surgeries. The protest was planned in conjunction with 2018 Androgen Insensitivity Syndrome- Differences of Sex Development Support Group Conference, held in Chicago this year. Lurie participated in the conference.

Among the organizers was Pidgeon Pagonis, a national voice for intersex issues, who says the three surgeries Lurie did on them as a child were deeply harmful. Pagonis likens that trauma to the stories of survivors in the #MeToo movement.

“When you insert shame into a child or young person, that has really devastating effects, and I think that’s exactly what happens to intersex kids,” said Pagonis. “This whole time they’re not telling you anything, but you’re going to this hospital, and they’re pulling your pants down. They’re touching your private areas to examine them supposedly. They’re touching your breast area to examine them. They’re giving you surgeries on your privates. They’re not explaining anything to you except telling you you had cancer when you were a kid.” 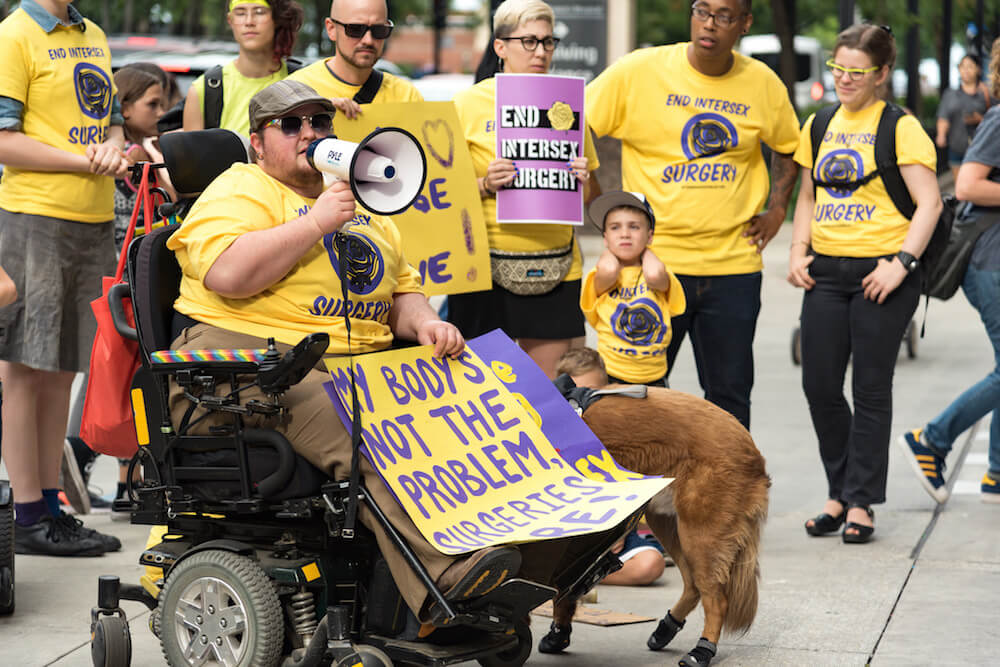 Pagonis did not have cancer, but this was the explanation they were given for their surgeries.

Sean Saifa Wall, co-founder of Intersex Justice Project, says there is a disconnect in an institution like Lurie robbing young people of such crucial and life-altering decisions.

Dr. Suegee Tamar-Mattis, a physician working in the intersex movement, co-authored a substantial Human Rights Watch report on the damaging effects of intersex surgeries on kids. Mattis says surgeons have long argued that additional research is needed before such surgeries can be discontinued, but it’s been more than two decades since intersex people have been pointing out the problems with intersex surgeries, said Mattis.

“We can’t show any good outcomes,” said Mattis. “We definitely can show that there are harms that come from the surgeries. It’s definitely time to stop doing this.” 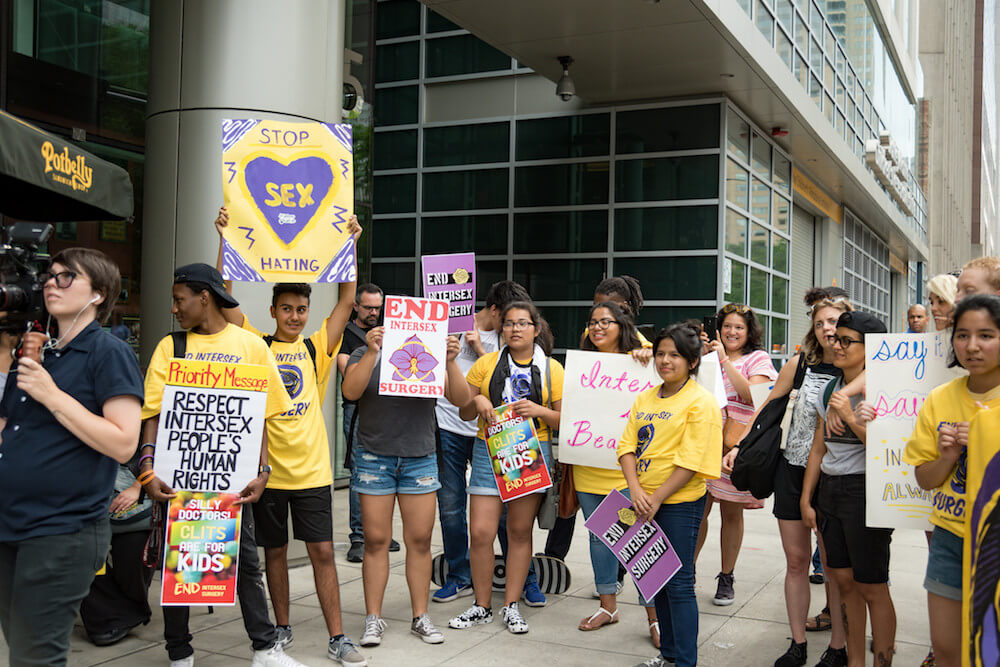 In a statement, Lurie said the hospital is dedicated to care for intersex people and their families.

“We are committed to open communication with the intersex community and fully respect the diversity of opinions that exists,” said the hospital. “We believe that continued efforts to foster healthy and open communication between intersex support groups and the medical community are vital to future improvements in patient care.”