Jacksonville police have announced a substantial lead in the murder investigation of a black trans woman killed in June.

On Thursday, the Jacksonville Sheriff’s Office (JSO) released a sketch of the man suspected of killing Cathalina Christina James, a trans woman from New York who was gunned down at a Florida Quality Inn on June 24. 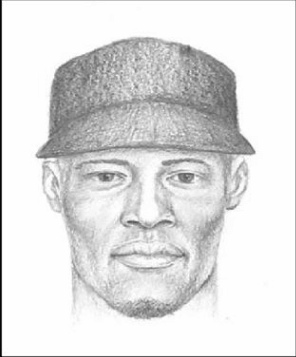 James was the third transgender woman to be killed in Jacksonville and the fourth to be shot this year. James had been traveling from city to city doing sex work, according to post she made on Facebook.

Florida’s trans community has been reeling from a spate of violence.

“It’s open season for the girls, honey,” Paige Mahogany Parks, director of the Transgender Awareness Project in Jacksonville, told INTO. “I haven’t seen this much killing in one city. It’s really ridiculous.”

Police have already made an arrest in the Sumlar murder. Officials allege that 26-year-old Omar Antonio Lewis stabbed and robbed Sumlar.

Florida now accounts for a quarter of the nation’s transgender homicides this year, not including Sumlar or the transgender woman who was shot and lived.

Still, JSO maintains that none of the murders are linked. The office has come under intense scrutiny for deadnaming (using former inaccurate male names) victims and calling them the wrong pronouns in police and media reports.

LGBTQ activists have accused JSO of refusing to work with them to correct the misgendering and of not prioritizing the investigations. Last week, Jacksonville Sheriff Mike Williams announced that some officers had volunteered to serve as liasons to the LGBTQ community out of “absolute necessity,” according to WJCT News.

But that outreach appears to have fallen short. On Thursday, JSO again released James’ deadname in a Facebook post (it has not been linked here as INTO does not condone deadnaming).

The statement gives little information on the suspect or whether a witness was used to construct the image. The post suggests that video footage may have aided in the sketch.

“Detectives were able to locate video of the suspect vehicle,” the statement reads. “After the shooting took place, the pictured suspect entered the passenger side of the vehicle, and the vehicle left the scene.”

The statement goes on to say that detectives were able to obtain a sketch of the suspect.

However, such footage of the car had been released shortly after James’ murder in June.

Advocates had previously noted that the murders of James and well as trans women Antash’a English and Celine Walker went widely unpublicized by JSO on its social media channels, which regularly publish crime updates. Thursday’s update on James’s case marked a step toward bringing wide attention to at least one of the killings.

On Thursday, the agency also offered up a $3,000 reward for information that leads to an arrest in James’ case.