This weekend, Vice President Mike Pence attended a St. Patrick’s Day parade in Savannah, Georgia, probably hoping for a grand ‘ole celebration of white, God-fearing, Irish culture. Instead, he was met with the best kind of trollsscores of LGBTQ supporters donning rainbow flags. But LGBTQ Georgians aren’t the only people trolling the VP this week.

On Monday, Mike Pence and his family released a children’s book about their pet rabbit, Marlon Bundo, called Marlon Bundo’s A Day In The Life of the Vice President. In maybe the best show of pettiness to date, John Oliver commissioned a book in response, in which Marlon Bundo is gay. 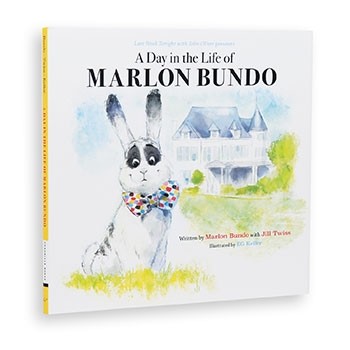 Written by Jill Twiss, a writer on Oliver’s Last Week Tonight, A Day In The Life of Marlon Bundo is described as being “For every bunny who has ever felt different.” All proceeds for Oliver’s children’s book will benefit The Trevor Project and/or AIDS United.

Given Pence’s long history of attacking LGBTQ people, it’s unsurprising to see this wave of trolling. As a quick recap of how rancorous he is, in 2015, Pence passed a “license to discriminate” bill, allowing Indiana businesses to deny services to LGBTQ patrons, chalking it up to “religious freedom.” The Vice President opposes marriage equality, Department of Education guidelines for the protection of transgender students, and Don’t Ask, Don’t Tell. He voted against the Employment Non-Discrimination Act and the Matthew Shepard and James Byrd Jr. Hate Crimes Prevention Act. And last year, The New Yorker reported an interview with Donald Trump in which he “joked” that Mike Pence wants to hang LGBTQ people.

Recently, the hateful VP sparred with gay Olympic figure-skater Adam Rippon, who declined a meeting with him. During the Winter Olympics in Pyeongchang, Pence reportedly requested a meeting with Rippon, which the bronze medalist swiftly rejected, but Pence later walked back his request, claiming it was merely an “offer.”

Rippon and his fellow out gay Olympic athlete, skier Gus Kenworthy, were outspoken in their distaste for the bigoted Vice President. To donate to the cause, and to the trolling of the Vice President, you can order Oliver’s book atwait for itbetterbundobook.com. It’s the little things.