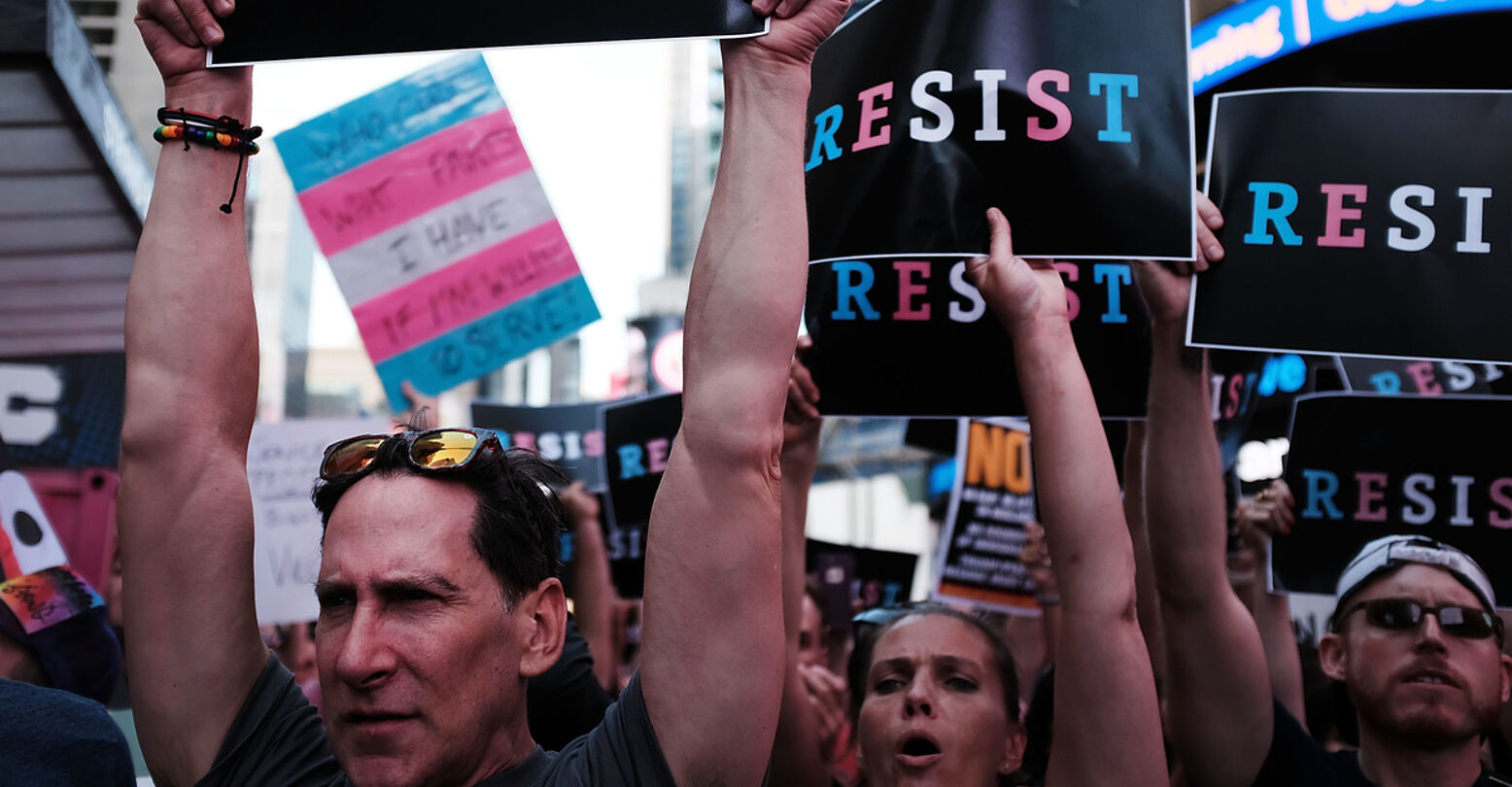 While the president ordered a strike on Syria Friday, a Seattle judge dealt yet another blow to Trump’s continued attempt to ban trans people from the military.

U.S. District Judge Marsha Pechman ruled that revised guidelines released by the White House last month permitting transgender individuals to serve under “limited circumstances” did not substantially differ from previous policy. In March, the Trump administration claimed trans people would be allowed to enlist in the armed forces so long as they serve in accordance with their “biological sex.”

“Requiring transgender people to serve in their ‘biological sex’ does not constitute ‘open’ service in any meaningful way and cannot reasonably be considered an exception to the ban,” Pechman wrote in a 31-page ruling.

She claimed the directive forces “transgender service members to suppress the very characteristics that defines them in the first place.”

Because the administration did not address her earlier concerns that the ban on trans service members is “likely unconstitutional,” Pechman allowed a preliminary injunction against the ban to continue. She was one of at least four judges to block the president’s initial policy prohibiting trans people from joining the armed forces after it was outlined in a series of July 2017 tweets.

Pechman, however, stopped short of a permanent injunction which would totally block the banmeaning that a lawsuit against the policy will move forward.

After Trump signed an order in August putting his tweets into policy, the advocacy groups Lambda Legal and OutServe-SLDN filed a lawsuit on behalf of nine trans individuals claiming the regulations are discriminatory. Plaintiffs include Staff Sergeant Cathrine (“Katie”) Schmid, who has served in the U.S. Army for 12 years, and Petty Officer Terece Lewis, a member of the U.S. Navy for 14 years.

If the ban is allowed to go into effect, these troops will effectively be out of a job.

Pechman said that as the case goes to trial, the administration will have to prove the policy is “sincerely motivated by compelling interests, rather than by prejudice or stereotype.”

‘The Court… rules that, because transgender people have long been subjected to systemic oppression and forced to live in silence, they are a protected class,” she claimed in the written decision. “Therefore, any attempt to exclude them from military service will be looked at with the highest level of care, and will be subject to the Court’s ‘strict scrutiny.’”

LGBTQ advocates applauded Pechman’s ruling, arguing that the lawsuit will be a chance to expose the ban for what they allege is its true intent.

“The upcoming trial will only serve to further demonstrate that this impulsively tweeted ban is fueled by nothing more than the president’s personal prejudices,” claimed Human Rights Campaign National Press Secretary Sarah McBride in a statement. “Transgender people are serving with distinction and enlisting with bravery this very moment and there continues to be no legitimate rationale to change that.”

Peter Renn, a senior attorney for Lambda Legal, predicted that the Friday decision is another sign the military ban is headed for defeat.

“Until the ban is put on trial, transgender people serving or wishing to serve in the military are protected by four separate court injunctions barring its implementation,” Renn said in a statement. “If history is any prediction of the future, the ban is still doomed at its next reckoning.”

“The court wants to expose this bigoted ban for all of its ugliness at trial, and we are happy to oblige,” added his colleague, Senior Attorney Natalie Nardecchia. “If it’s a full record the judge wants, then it’s a full record we will give her.”

A court case may force the Trump administration to reveal the advisors who consulted on its ongoing to crusade to expel trans people from the militarya list rumored to include anti-LGBTQ figures like Family Research Council President Tony Perkins, House Rep. Vicky Hartzler (D-Mo.), and Vice President Mike Pence.

The White House defied a March court order from Pechman requiring Trump to disclose the names of officials who advised on the policy, citing “executive privilege.”