Kanye West is having a week.

After a much-publicized meeting with President Trump in which he claimed wearing a “Make America Great Again” hat makes him feel “like Superman,” West met with Uganda’s head of state on Monday. Accompanied by wife Kim Kardashian West and father Raymond West, he visited President Yoweri Museveni at the State House in Entebbe to discuss the country’s tourism industry.

According to Reuters, the 41-year-old rapper pledged to open a “world-class tourism school in the country,” saying it would become a “foundation of tourism not only in Uganda but the east Africa region in general.”

Calling Uganda his “second home,” he suggested the country model itself after the fictional amusement park from Jurassic Park.

The famous couple reportedly exchanged gifts during their conversation with Museveni. West gave the president a pair of autographed sneakers, while the leader blessed them with African names. West received the name “Kanyesigye,” which translates to “I trust.” Meanwhile, Kardashian West’s moniker, “Kemigisha,” reportedly means “the one with blessings from God.” 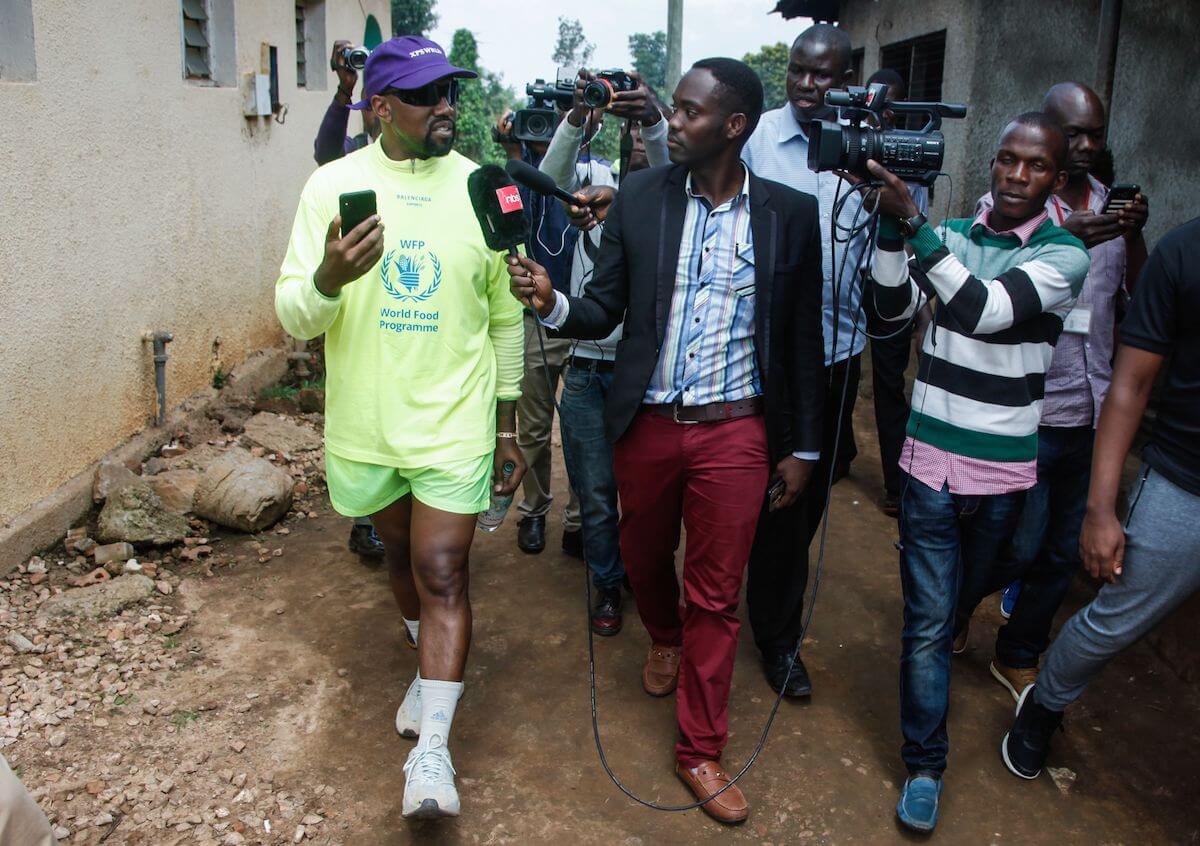 It’s not clear whether the rapper broached the subject of LGBTQ rights, despite the fact that Museveni is one of the most vocal opponents of equality in Africa.

In February 2014, he signed into law the Uganda Anti-Homosexuality Act, which criminalized sexual activity “against the order of nature” with up to life in prison. When the legislation was first introduced in 2009, it mandated the death penalty for charges of “aggravated homosexuality.”

When he approved the “Kill the Gays” bill four years ago, Museveni called LGBTQ people “disgusting,” “terrible,” “abnormal,” and “unnatural.” He also compared queer and trans Ugandans to “prostitutes” and “mercenaries.”

The law was short lived. The Anti-Homosexuality Act was struck down later the same year by Uganda’s constitutional court on procedural grounds.

Museveni’s government, however, has continued to attack queer and trans Ugandans even after the law’s repeal. Last August health minister Simon Lokodo shut down Pride events after claiming “gay gathering and promotion” would not be permitted in the conservative nation. When LGBTQ activists announced the opening of Uganda’s first queer resource space, Lokodo called it “a criminal act.”

“They will have to take it somewhere else,” he told press. “They can’t open a center of LGBTQ activity here. Homosexuality is not allowed and completely unacceptable in Uganda,” he said. “We don’t and can’t allow it.”

“LGBTQ activities are already banned and criminalized in this country,” Lokodo added. “So popularizing it is only committing a crime.”

Given West’s previous critiques of homophobia in the music industry, there was a time when it might have been surprising to see the hip-hop artist supporting a brutal anti-gay dictator. But as West prepares to drop his second new record of 2018, Yandhi, inflammatory behavior is now part of his album release cycle.

Prior to meeting with President Trump last week, he called to abolish the 13th amendment, which made slavery illegal, on Twitter.

“This represents good and America becoming whole again,” West said on Sept. 30, tweeting a photo of himself in his pro-Trump red baseball cap. “We will no longer outsource to other countries. We build factories here in America and create jobs. We will provide jobs for all who are free from prisons as we abolish the 13th amendment.”