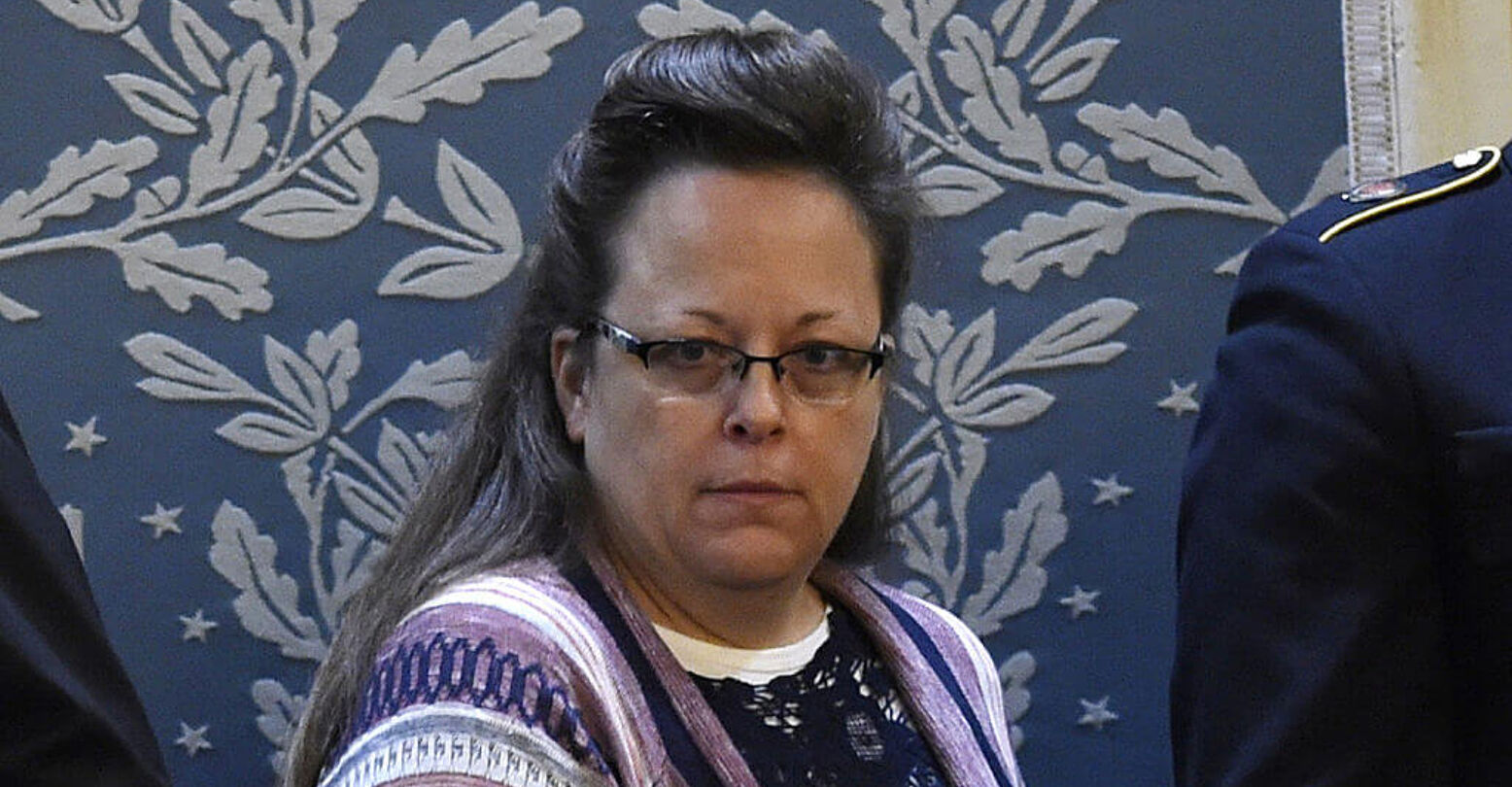 Ding-dong, the witch is dead.

Davis shot to fame in 2015 when she defied federal law by refusing to issue a marriage license to a gay couple, who then brought charges against her in court. A U.S. District Court ordered Davis to comply with the law, and when she again refused — citing her religious beliefs — she was jailed for contempt of court.

Davis’s claims that her Pentecostal Christian faith prevented her from issuing marriage licenses to same-sex couples made her a cause celébre among right-wing conservatives like Mike Huckabee, who used her case as a central focus of his presidential bid in 2016.

Caudill took Davis’s job on Tuesday after a campaign based largely on promises of equality.

“When I say I will faithfully execute the job of Rowan County Clerk and serve all citizens equally, of course that means LGBTQ+ citizens,” wrote Caudill on his campaign website. “I support every American’s right to “life, liberty, and the pursuit of happiness,” afforded them under the laws of our nation, and I do not believe our government should discriminate against anyone for being who they are.”

Davis came close to losing her seat to one of the men whose marriage license she had refused. David Ermold ran for the Democratic ticket this year, but lost to Caudill in the primary. While the prospect of a race between nemeses — Ermold and Davis — excited many, Caudill is a familiar face in local politics, having run against Davis for the clerkship position in 2014.