The U.S. officially has its first bisexual senator. Democrat Kyrsten Sinema has been declared the winner in Arizona, beating Martha McSally in a race that frayed the nerves of the state for a week.

Sinema is the nation’s first out bisexual senator and the first female senator for the Copper State. She is also the first Democrat to hold the seat in more than two decades after Sen. Dennis DeConcini left office in 1995.

“As long as I’ve served Arizona, I’ve worked to help others see our common humanity & find common ground,” Sinema tweeted. “That’s the same approach I’ll take to representing our great state in the Senate, where I’ll be an independent voice for all Arizonans.”

As long as I’ve served Arizona, I’ve worked to help others see our common humanity & find common ground. That’s the same approach I’ll take to representing our great state in the Senate, where I’ll be an independent voice for all Arizonans.

Thank you, Arizona. Let’s get to work. pic.twitter.com/iX6u6VQ9bQ

The Associated Press call the win on Monday after a day of media reports that declared her lead “insurmountable.”

Tuesday had ended with Sinema closely trailing McSally in the bid to replace Republican Jeff Flake, but uncounted votes from Democratic strongholds in the state tipped the race for Sinema.

The race has been among the most hotly-contested in the country as some Republicans have accused Democrats of voter fraud without providing evidence. On Friday, President Donald Trump tweeted that the state should hold a new election, suggesting corruption without proof.

Good morning, Arizona! This race is about you and we're going to make sure your vote is counted. There are a lot of outstanding ballots – especially those mailed-in – and a lot of reasons to feel good! We're doing the work & will keep you updated. Thanks for being on Team Sinema!

Congrats to @kyrstensinema. I wish her success. I’m grateful to all those who supported me in this journey. I’m inspired by Arizonans’ spirit and our state’s best days are ahead of us. pic.twitter.com/tw0uKgi3oO

A centrist who has vowed to work across the aisle, Sinema was elected to congress in 2012. She is a part-time professor at Arizona State University. 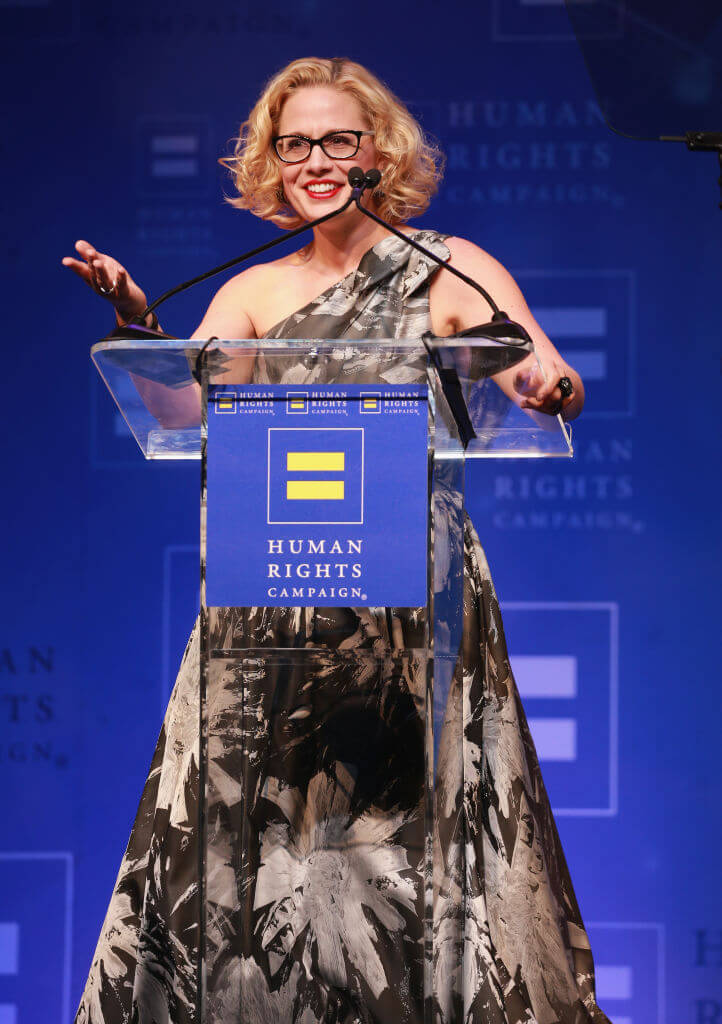