Trans activists gathered in Los Angeles on Monday to protest the Trump administration with an evening of fiery speeches and a call to action.

But before the revolution, there was dancing.

As more than 200 people slowly came together at City Hall, techno music blasted through a pair of loudspeakers bookending the building’s mammoth stairs. As Familia TQLM co-founder Jennicet Gutierrez expressed the shock she felt when she learned about a proposed White House memo erasing trans people in federal policy, her words were nearly drowned out by effervescent electronica. 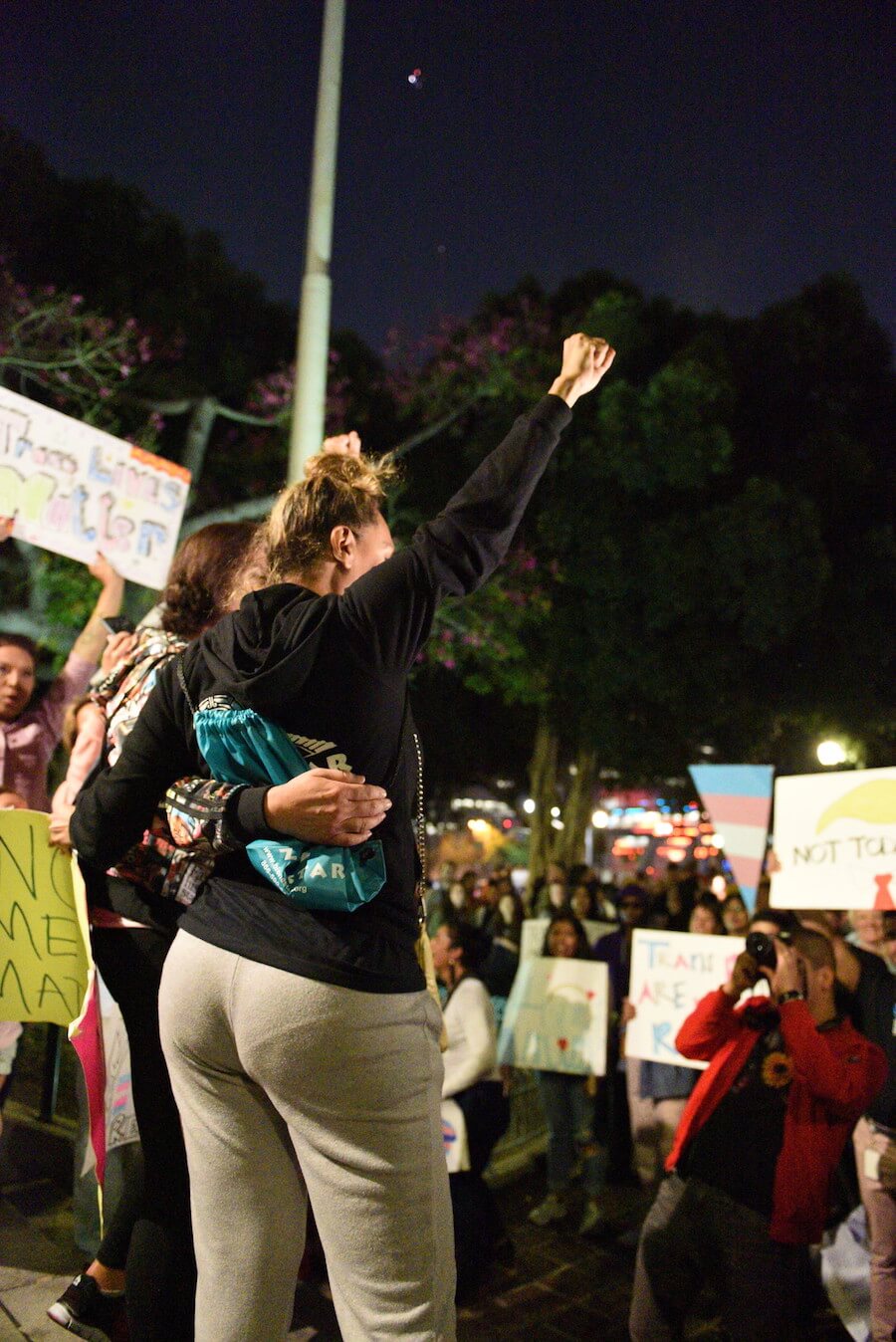 Speakers at the more than two-hour event struck a similar note: balancing fear with a determined hope for the future.

On Sunday, the New York Times reported that the Department of Health and Human Services (HHS) is preparing to issue a memo that would define gender exclusively by biological sex — immutable and determined by birth.

That memo will reportedly be issued to the Department of Justice (DOJ) by the end of the year. If adopted, it would jeopardize the ability of trans people to claim protection under Title IX of the Education Amendments of 1972, which bans discrimination in federally funded education programs.

The threat of yet another rollback of LGBTQ rights has triggered widespread panic following the erasure of queer and trans people on government websites, in data collection, and allegedly on the U.S. Census.

Preston, however, called the policy “nothing more than smoke and mirrors.”

“If we haven’t figured it out by now, the trans community is the first track on the political playlist of this administration,” she said. “They think that they can access our trauma. They can access our experiences and use them against us on a whim, but we are here to show them quite the opposite — that not only will we resist, we will thrive.” 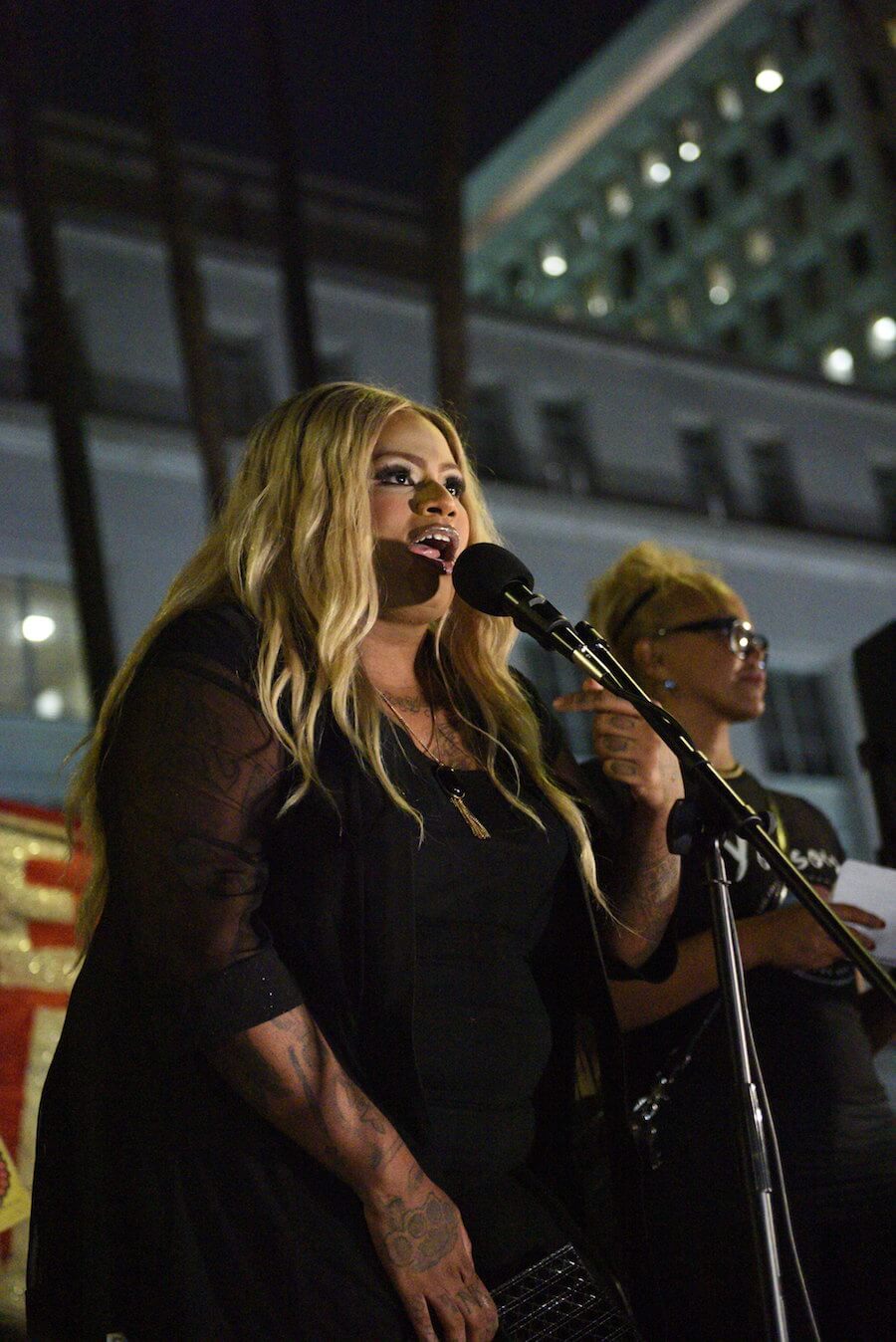 In many ways, Preston is right. Many have argued the HHS memo further solidifies what is already existing policy from the Trump administration.

After the president took office in January 2017, the White House has consistently rolled back interpretation by the prior administration that federal civil rights laws extend to LGBTQ people. In July 2017, the Justice Department filed a brief claiming gay employees are not covered by Title VII of the Civil Rights Act of 1964, which bans discrimination on the basis of characteristics like race and sex in employment.

The Department of Education (DOE) further rescinded Obama-era guidance advising teachers and faculty to treat transgender students in accordance to their lived identities. In accordance with that decision, it stopped investigating anti-trans discrimination complaints in schools. 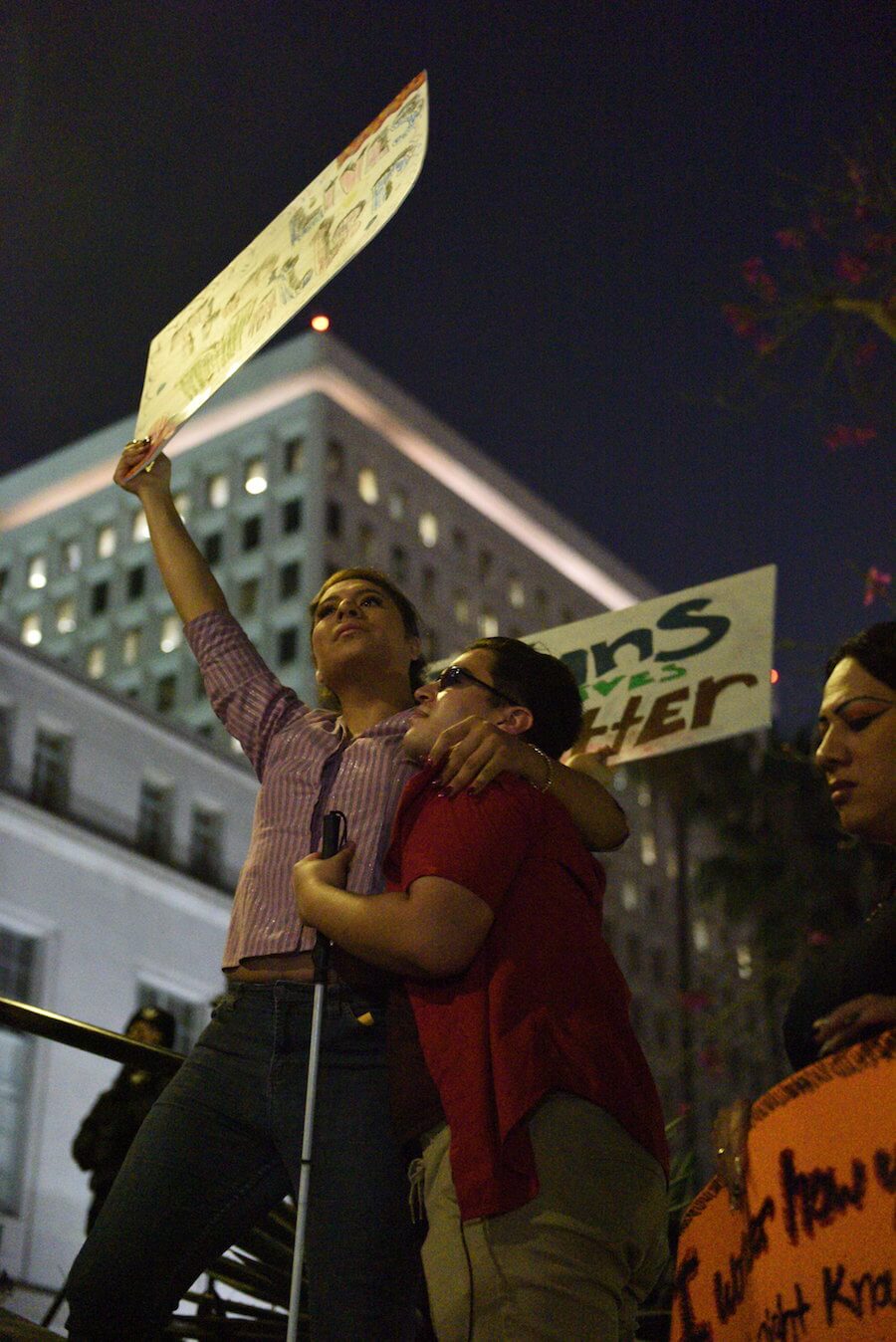 While another attack by the administration may have been expected, speakers claimed the memo is still extremely devastating.

Diana Feliz Oliva, the first out trans woman to work for the pharmaceutical company Gilead, said news of the proposed policy reactivated old feelings of “shame, stigma, guilt, and fear” from the 31 years she spent in the closet.

“When I heard the news yesterday, those feelings started creeping back,” Feliz claimed in an emotional address. “I was feeling numb, I was feeling shock—and then the sadness came and then the solitude and the desperation and the hopelessness. It reminded me that I couldn’t be myself.”

But then Feliz said that she reflected on her mother’s struggle to come to the U.S., as well as her own to live openly as a transgender woman of color.

Feliz told attendees that she is a woman of vast intersections. In addition to being a first-generation Mexican-American, she is formerly incarcerated and living with HIV. She also described herself as a daughter, a niece, a cousin, a sister, and a godmother. 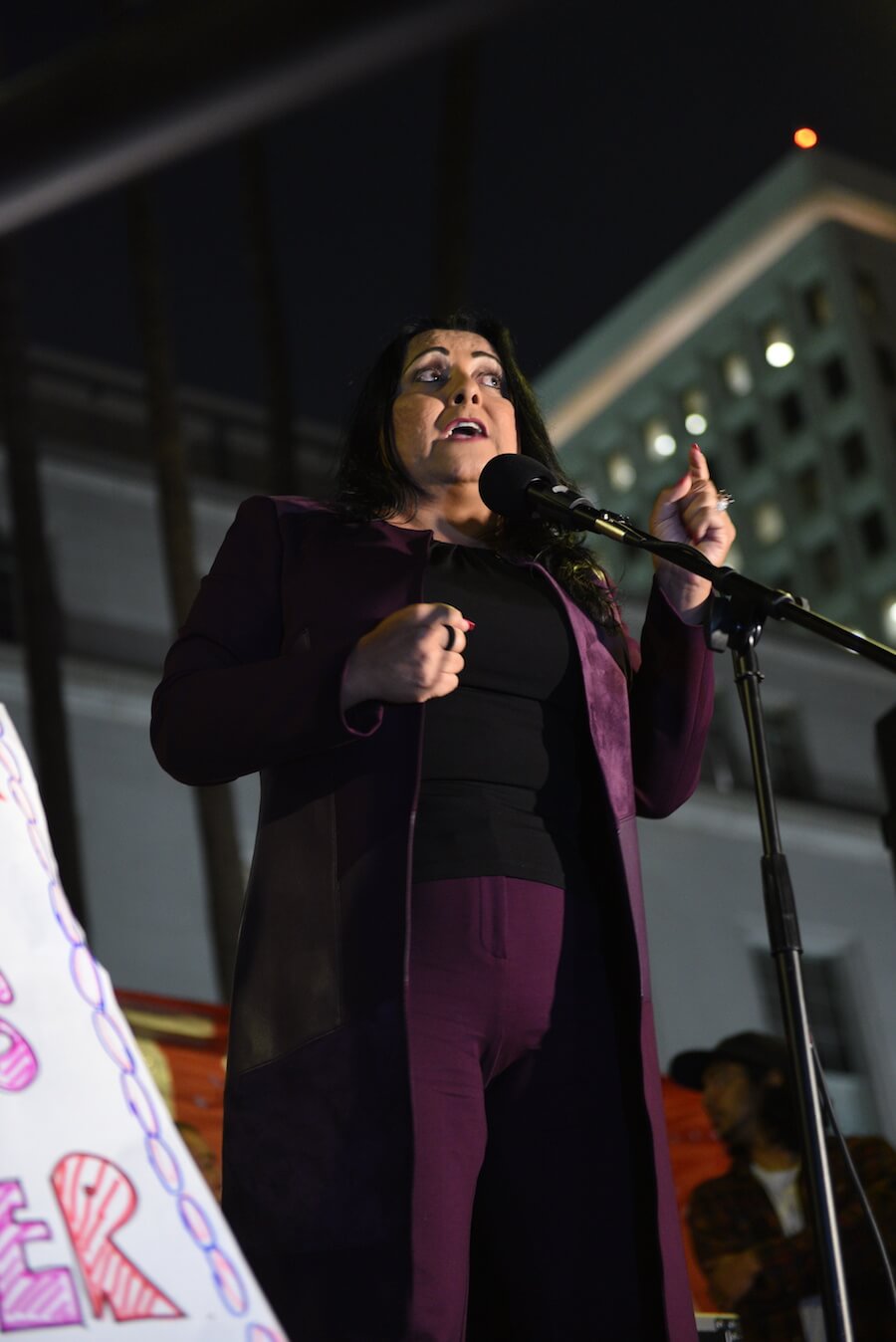 As Trans Wellness Center Director Marina Marroquin stood on stage, she told the audience that she too is “heartbroken.” Many of her clients are undocumented and travel thousands of miles to the U.S. for food, shelter, and safety. They come to America in hope that one day, it will be safe for someone like them.

“We are survivors,” she said. “We are here, serving each other. We have nothing, and they want to take away our identities.”

But Marroquin claimed that the population served at the Trans Wellness Center, which opened in April, illustrates to her the resilience of the trans community even in times of struggle. A program of the Los Angeles LGBT Center, it assists transgender people with everything from applying for jobs to securing housing.

For a population at extraordinary risk for homelessness, unemployment, and violence, these resources are literally life-saving.

“Every day we see trans people fighting for their lives — people who are hungry, people who have no place to go, and people who are in need of basic things that other people take for granted,” she claimed. “As a community, we are still healing.”

“But I also see hope,” Marroquin added. “I also see people who believe we have a better future.”