With tears in her eyes and her voice shaking, Laverne Cox looked down at a huddle of transgender children in Boston and assured them that trans people have always existed.

“You are here for a divine purpose no matter what anybody says about you,” she said. “You are divine. You have a legacy of history.” 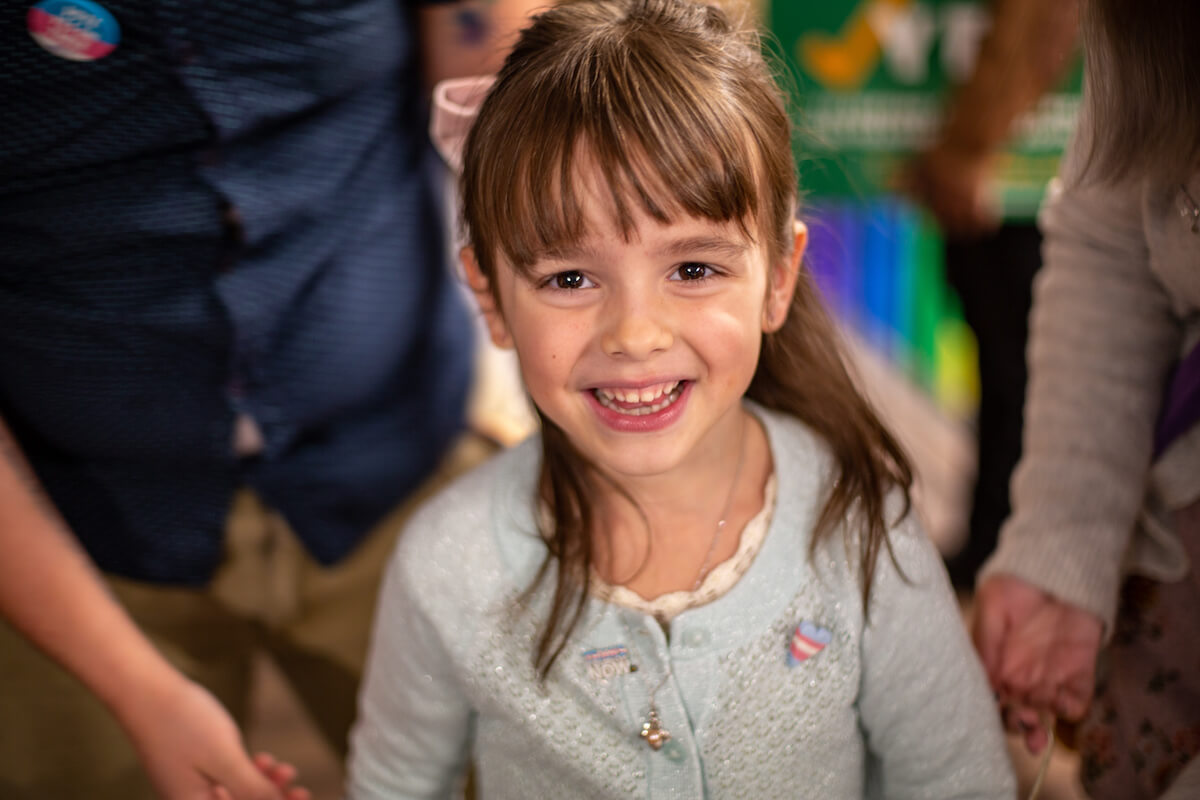 Cox spent Wednesday in Massachusetts as the state prepares to vote on the nation’s first statewide anti-trans ballot initiative. Her visit comes on the heels of news that the Trump administration is considering legally erasing transgender people.

She spent the afternoon at the Boston Alliance of LGBTQ+ Youth, talking with transgender youth, adults, parents, and reporters. 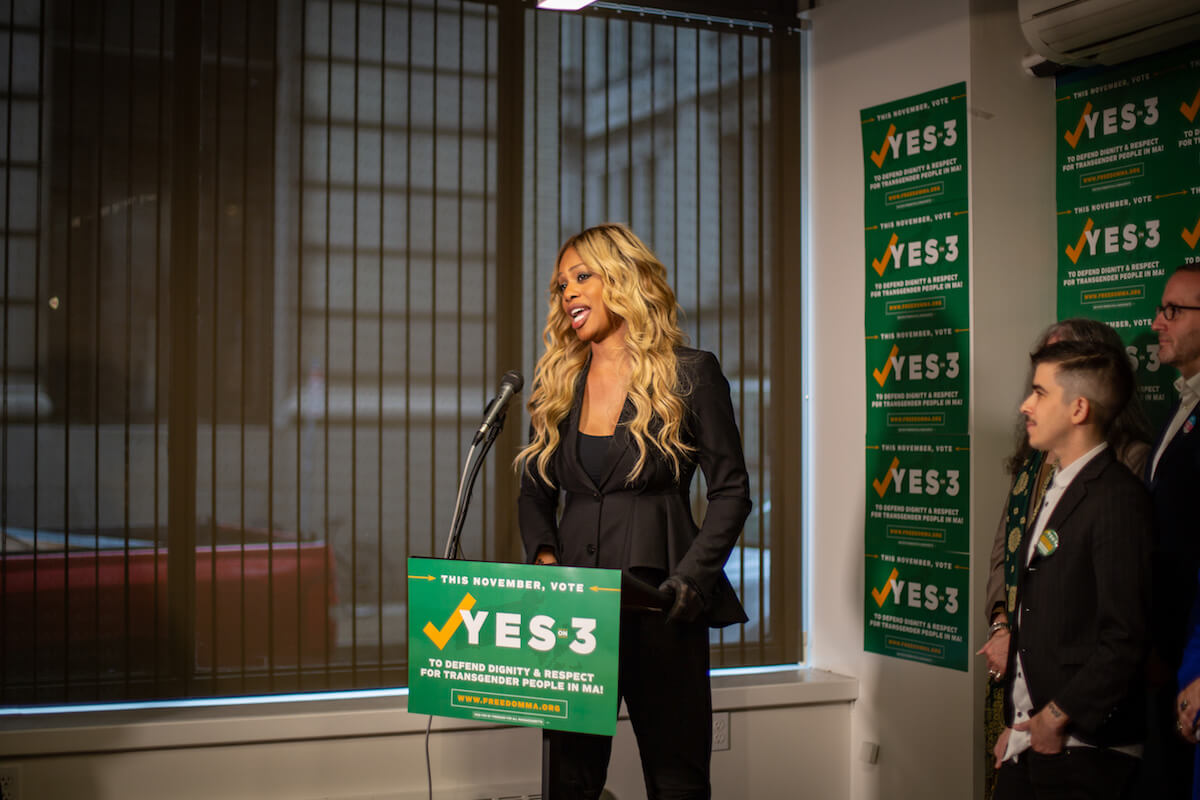 Cox told the group that when she was early into her transition 17 years ago, she had to psychologically arm herself against harassment on the streets of New York City.

So, Cox typed up notes that stated that her name was Laverne Cox and that she should not be referred to by another name.

To this day, she isn’t sure why she didn’t commit suicide. She started with a new acting coach. Life turned around.

“I’m so grateful that I survived,” she said. “I’ve come to understand that I am here for a divine purpose.”

Cox was joined by transgender ACLU attorney Chase Strangio, who hails from Massachusetts. Strangio said that if he had been subjected to votes that had stripped away his rights in his home state as a youth, he wasn’t sure he would have made it to where he is today.

“Voting Yes on 3 is a vote for my existence,” Strangio said. “We will hold each other. We will love each other in the authenticity of who we are.” 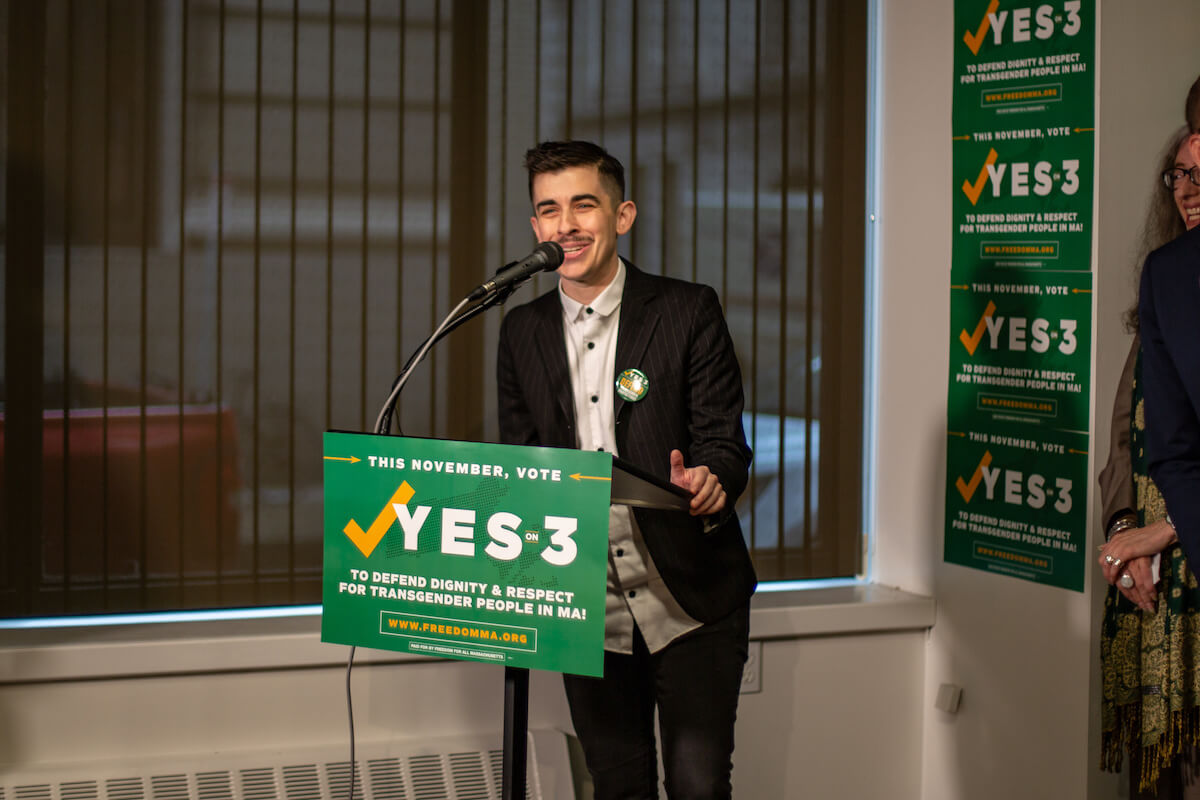 Human Rights Campaign President Chad Griffin warned that voting against trans equality would embolden an epidemic of hate-fueled violence across the country.

“Make no mistake, the young people of this Commonwealth will be watching the outcome of this election and the message that voters send will have a profound impact on the health of, safety and well-being of transgender young people and their families,” said Griffin. 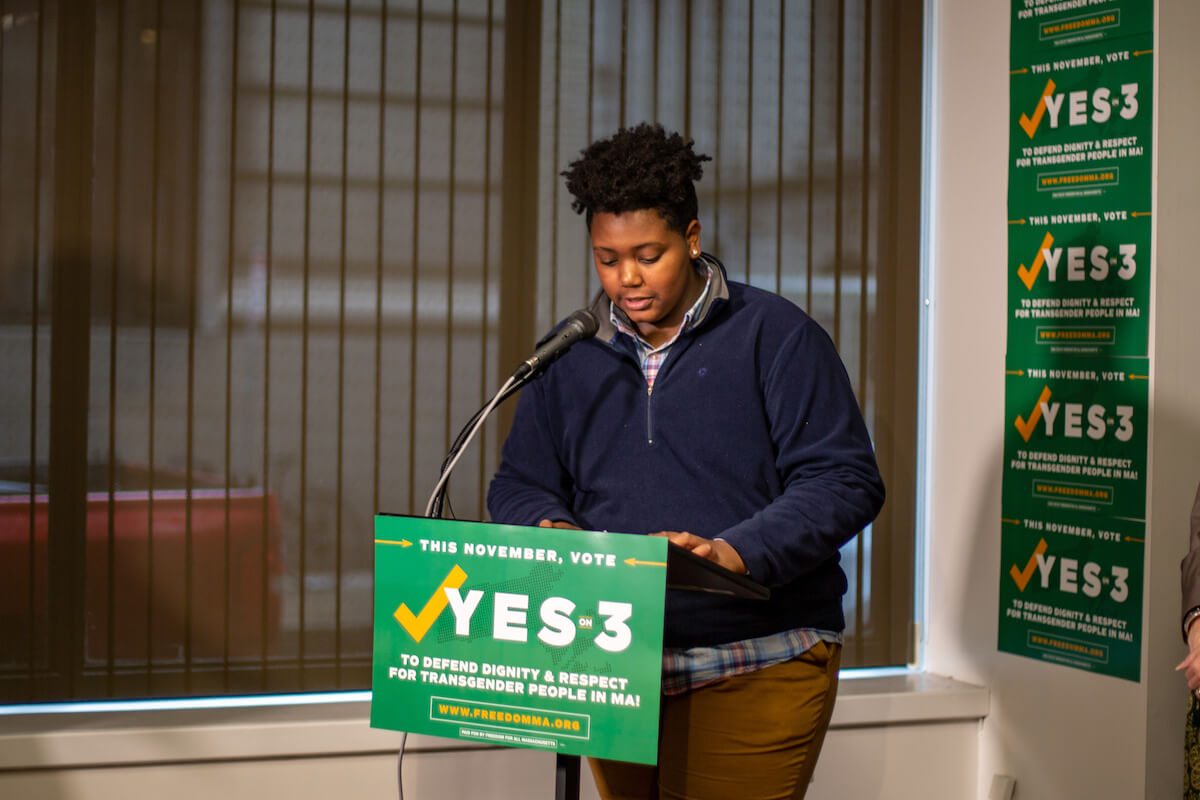 Ashton Mota, a Black Latinx transgender 14-year-old, vowed to fight for and celebrate his peers during a time of deep uncertainty for trans youth of color in particular.

“It’s not lost on me today that I represent thousands of transgender youth of color who haven’t been as lucky as I’ve been to have a mother who not only affirms me, but is an advocate alongside me,” said Mota. “As a trans student of color, these struggles are real. My mother and I often have to deal with layers of compounded discrimination, sometimes even within the queer community.”