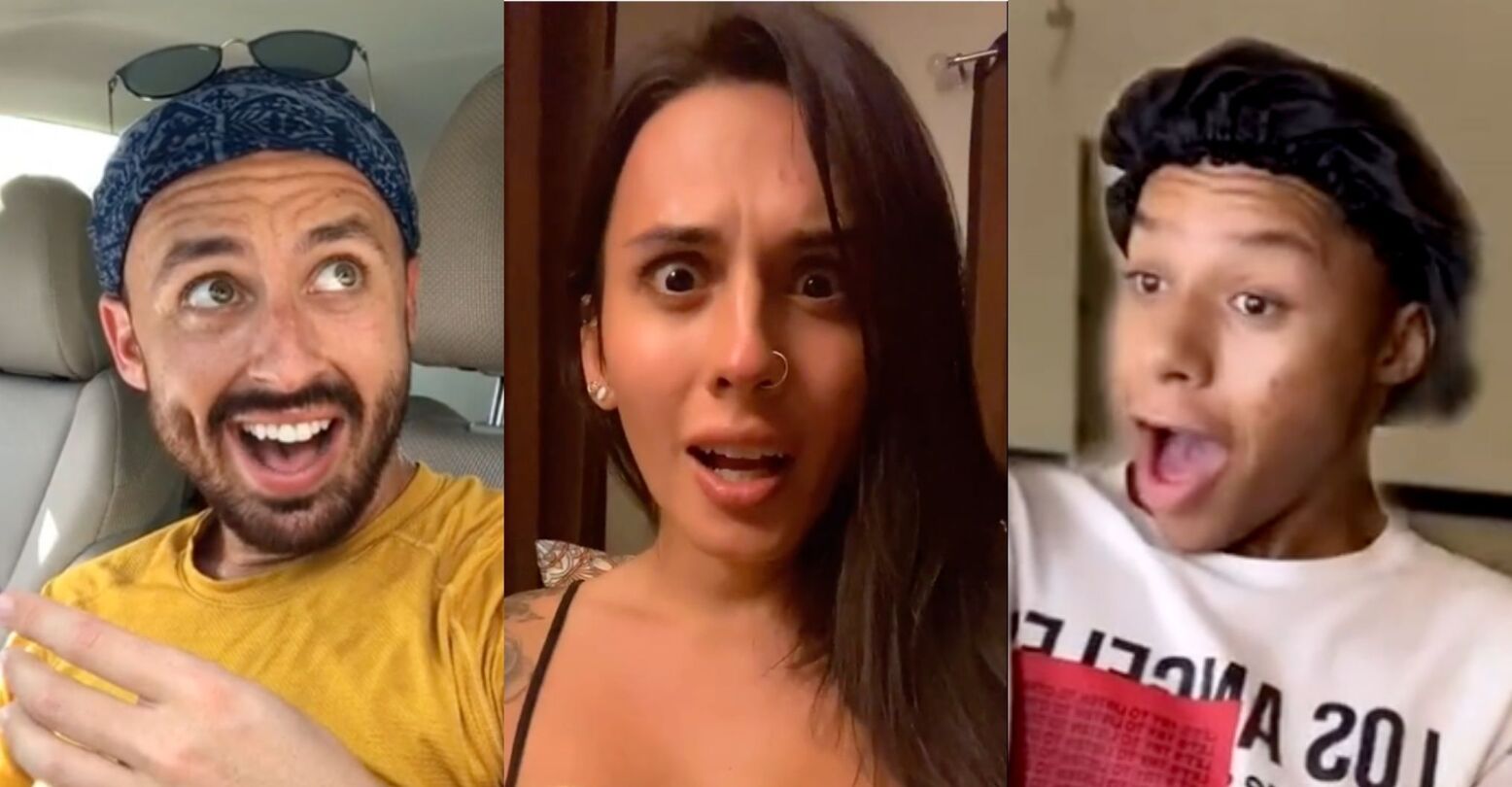 The social media platform TikTok hasn’t just been comedic relief during the COVID-19 crisis, it’s also been a lifeline for LGBTQ+ users.

“We see a lot of examples where, on TikTok, LGBTQ youth are getting support,” Trevor Project CEO Amit Paley told The Washington Post in January. “And that is so important because there are many LGBTQ youth in this country who are not able to get support where they physically are.”

And dang if some queer TikTokers aren’t downright sidesplittingly funny! We’ve rounded up some standout LGBTQ+ TikTok users below, all of whom will keep you entertained as the days of the pandemic “Tik” away.

Among other comedy bits, Boman Martinez-Reid blesses TikTok with hilarious send-ups of unscripted TV moments. Check out Boman’s take on a contentious 20/20 celebrity interview — or, below, a contentious Real Housewives lunch!

Rose Montoya made headlines recently for their video about TSA transphobia, and many of their other uploads give visibility to continuing transgender inequality. But they also show the lighter side of trans life, too, like when a fallen potato chip becomes a moment of affirmation!

10.5 million likes can’t be wrong! This user, who goes by Zaire on the platform, finds the comedy about being a young gay person, including adorably awkward interactions with straight classmates, flamboyant Wii workouts, and experiences with gendered P.E. classes.

Michael Burke, whose TikTok bio says he’s “literally gay,” had us rolling in the aisles with his video about lusting after his COVID-19 test administrator. As he prepares for the swab, Michael quips, “Take it slow. You’re the first person who’s penetrated me in over six months, so… you get that award!”

This user says in their bio they’re just “tryna make u laugh.” And it’s working — especially when they’re describing what it’s like talking to a landlord while on shrooms, reacting to un-woke Tinder matches, just making sure they’re not being video-bombed by a sex toy, or — as seen here — re-enacting their mother’s Facebook-snooping.

Yes, Heather Shaw knows she looks like Jim Carrey. But she also does a spot-on impression of the comedian — just check out this Liar, Liar reenactment. (And then watch her video about the moment she realized she was a lesbian.)

Why would white people use a certain racial slur, this TikTok user argues, when the English language also includes the words haberdashery, quintessential, Bjork, harpoon, chipmunk, Triscuit, and “po-ten-tial!”

Comedian Charles Osbourne kills us with his Jennifer Coolidge impressions, his Drag Race exit lines, and his boomer-mocking, but we live for his compendiums of drag names. (Examples: Rutabaga Ginsberg and Hoda Phone.)

Yes, that Lil Nas X — you may have heard of him! When he’s not topping the charts with lyrics about gay sex at 36,000 feet, the singer is keeping fans laughing on social media. Call him by his name on TikTok to see his goofy personality — and, ahem, other assets — on full display.