Lithuania’s national television channel has banned the music video for the song “Love Me Like There’s No Tomorrow” by the band SKAMP because it contains same-sex couples kissing.

The broadcaster believed the video could potentially be in violation of the country’s Russian-style anti-LGBTQ propaganda law. The bill, passed in 2010, which prohibits “any public information which encourages a concept of marriage and family other than the one stipulated in the Constitution of Lithuania, was passed with the view to protect the well-being of minors,” according to the LGBTQ rights organization Lithuanian Gay League (LGL). It has, says LGL, been applied to censor promotional videos for Baltic Pride and children’s books featuring same-sex relationships.

SKAMP, one of Lithuania’s most recognizable and prolific pop bands, released the music video on November 6 to celebrate their twentieth anniversary. In it, couples from different backgrounds, genders, and ages are shown kissing, smiling, and holding hands.

Erica Jennings, the vocalist for the band, told INTO via email that the band received a call from their management saying the broadcaster wouldn’t show the video. Since then, the broadcaster has continued to ban it.

The whole controversy around the video took the band and their fans by surprise. The band, Jennings, says, wanted to display various types of couples in love: “The idea was very simple.”

“Honestly it [being banned] never crossed our mind. It’s 2018,” Jennings explains. “The couples in the video, same-sex or not, are just kissing … and with their clothes on!” 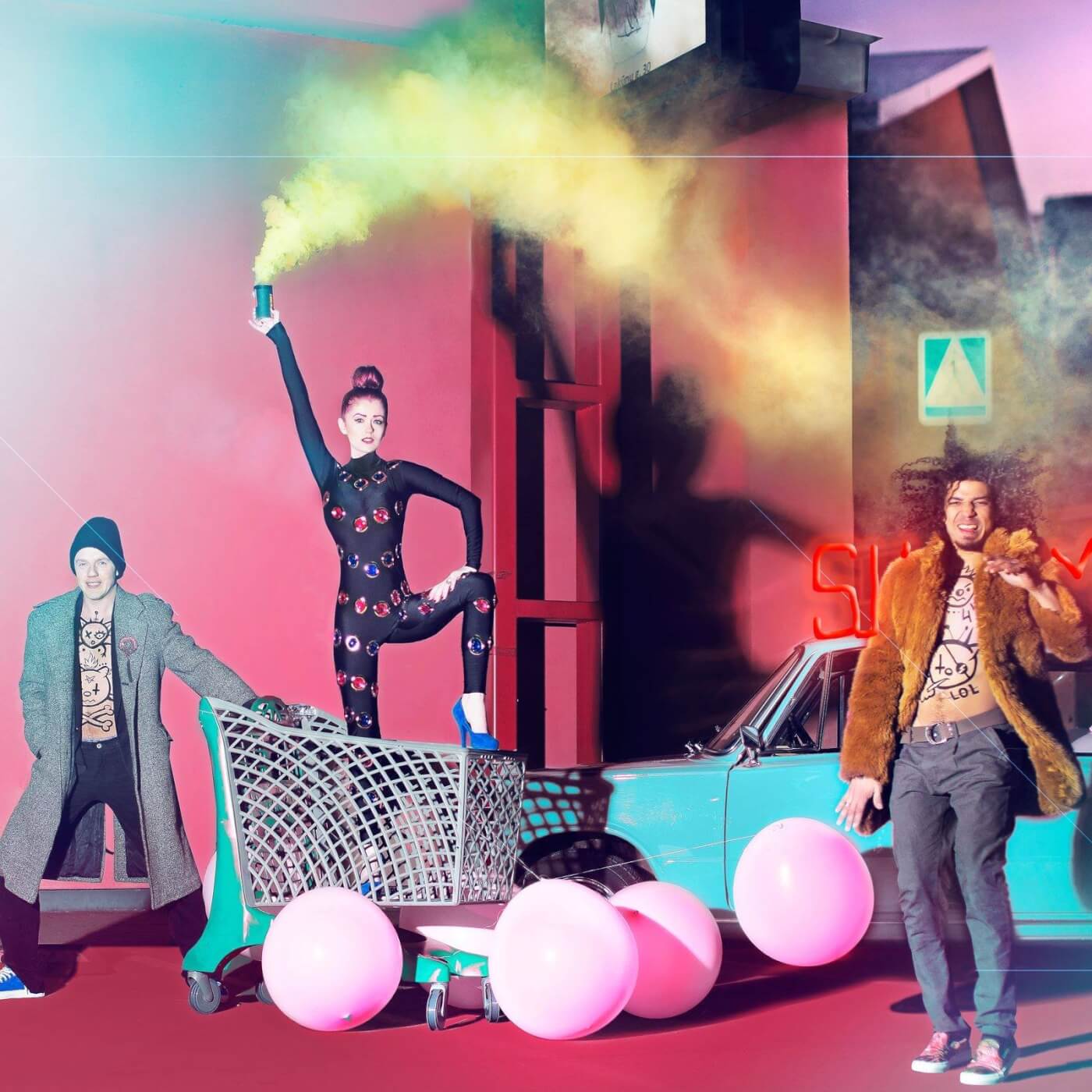 She says that the law in question that the Lithuanian government framed as protecting minors is too vague and “quite dubious.” The law the video was banned under is too broad as well, according to Jennings.

“You can throw a lot of things under it and deem [them] inappropriate,” she explains.

Jennings questions the logic of the channel’s ban on the video for “Love Me Like There’s No Tomorrow,” which they made to be supportive and to send a positive message, yet stations often allow daytime programming to show violence. “Kissing is apparently offensive, but turn on the TV any time of day — thankfully I don’t have one — and you’ll see some random action hero kicking someone’s ass and that’s deemed appropriate for children,” she says.

“And all three of us have children,” she adds.

SKAMP, Jennings says, has always been active in social justice causes every since their formation two decades ago.

“We’ve been using our platform to speak out ever since we started out as teenagers,” she explains. “We didn’t just jump on the bandwagon when those topics became relatively safe or fashionable. We attended the first-ever gay pride march here [in Vilinus] back in 2010 when the police protection was needed and there were burning crosses across the river from where it was being held. It was intense.”

Jennings says the band feels the need to support the LGBTQ community, just as they speak out about other social issues like racism, xenophobia, and domestic violence.

“I think an artist’s ‘job’ is to reflect what’s going in the world at any given time,” she says. “But most importantly if we have a voice and a platform, we need to use it. That’s something we’ve always done and will continue to do.”

In February, Lithuanian Prime Minister Saulius Skvernelis called for parliament to pass same-sex partnership legislation, according to media reports. But even with top government support, the country’s LGBTQ population has faced discrimination.

ILGA-Europe ranked Lithuania 37th out of 49 in their latest annual Rainbow Europe map with a score of 20.73 percent. In August, an alleged arsonist attacked the Lithuanian LGBTQ rights organization the LGL, which was the first violent incident in several years. The fire caused damage to the door and blinds. The apartment building of the organization’s executive director was also targeted.

Still, for Jennings, she says that she hopes that everyone who sees the “Love Me Like There’s No Tomorrow” video “feels represented.”

That love is highlighted in both the song and the video is also important, she emphasizes, telling INTO: “It’s so underrated. But I think we need it more than ever. Love is truly one of the most powerful energies we have as human beings.”