One in 10 states issue non-binary IDs, but good luck booking airline tickets if you have one.

Across the board, major airlines have failed to update their systems to accommodate the IDs, which as of Thursday will be available in five states and Washington, D.C. Other states are soon expected to follow.

Airlines submit the gender information they collect through the Transportation Security Administration’s Secure Flight program. TSA recommends travelers book with the gender listed on their identification.

But for passengers with state-issued IDs that have “X” gendered markers, that is largely not possible.

Carriers have booking systems with the options of “male” or “female” only, despite the fact that Oregon, Arkansas, California, Maine and Minnesota and Washington, D.C. all offer or will soon offer residents “X” gender markers on their IDs.

Questioned about what that means for non-binary travelers, airlines largely sputtered that the IDs were new and that they were working to update their options.

In fact, Arkansas has been quietly issuing non-binary IDs for eight years, while Oregon and Washington, D.C. rolled them out to much fanfare in June 2017.

United Airlines, which boasts a 100 rating on HRC’s Corporate Equality Index, requires customers to book by entering “male” or “female” online. Those with non-binary IDs have to call the reservations line to have their information accurately reflect their ID, the company confirmed.

“As part of our shared purpose to promote inclusion, we want to ensure all of our customers feel comfortable and welcome – which includes the opportunity to self-identify beyond binary male and female options when booking with us,” said United Airlines Media Relations in a statement to INTO.  “We look forward to sharing more with our customers about this booking function soon.” 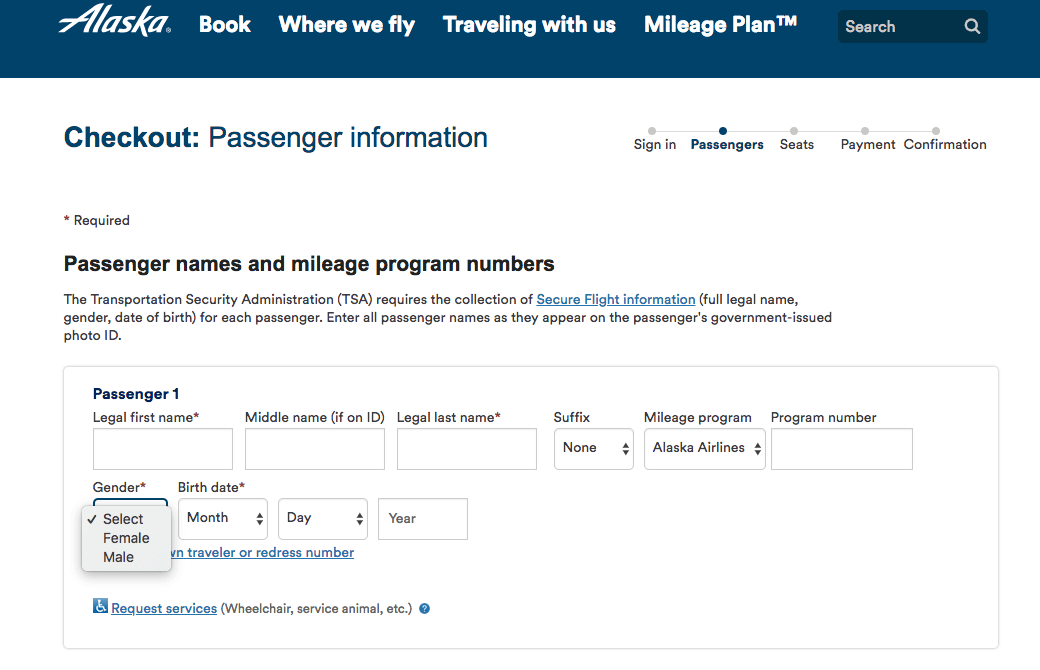 Alaska Airlines, a major carrier for residents in Oregon, where the IDs went into effect last July, did not respond to a question about how it handled the IDs or non-binary travelers.

“We’re actively investigating solutions and the technical requirements needed to give our guests non-binary gender options during the booking process while complying with domestic and international requirements,” the company said in a statement. “Alaska’s commitment to inclusion of all of our guests is of upmost [sic] importance.”

Southwest and JetBlue did not respond to request for comments on their systems. American Airlines stated simply that it was “an industry-wide issue, and we are looking into it with Airlines For American.”

“Delta works throughout our business to accommodate the needs of our diverse customers,” the company said in an email. “As part of that effort, we are exploring options to be even more inclusive of non-binary customers with a non-binary gender option during the booking process.”

But TSA explicitly accepts “X” gender markers in its system.

“When an airline transmits passenger data to Secure Flight, the systems accepts Male (M), Female (F) or any other gender character included on a valid government-issued ID,” said TSA Assistant Press Secretary Michelle Negrón in an email to INTO.

In addition, the Department of Homeland Security has previously clarified that the REAL ID Act of 2005 does not mandate that driver’s licenses and ID cards list a gender at all, which is why states are able to issue non-binary IDs without violating federal law. A DHS official told Them in early October that REAL ID regulations “leave the determination of gender up to the state.”

Airlines for America (A4A), the trade association for the country’s largest carriers, could make guidelines for all of its carriers.

Arli Christian, state policy director at the National Center for Transgender Equality, said A4A planned to roll out recommendations to include non-binary IDs in June 2019, two years after Oregon and Washington, D.C. began issuing the IDs.

“If you have an ID that matches the one that they have in the system, it’s not a bad idea to have it with you,” Christian advised of travelers with non-binary IDs.

A4A would not comment on that timeline or speak to the gap in implementation.

“There is ongoing work among A4A carriers to make changes to their reservation processes to account for non-binary IDs while ensuring continued compliance with U.S. and foreign government requirements that passenger data match the identification used for travel,” said Alison McAfee, an A4A spokesperson, in an email.

Trans legal experts say the policy does not mean game over for non-binary travelers.

“This is not to say that having a non-binary gender marker on your ID means you can’t fly, said Transgender Law Center Senior Staff Attorney Shawn Meerkamper. “It just means that the airlines are going to have to catch up. In the near-term, though, non-binary folks may want to prepare to have an alternative ID with a binary gender marker, like a passport, to ensure they can get where they need to go.” 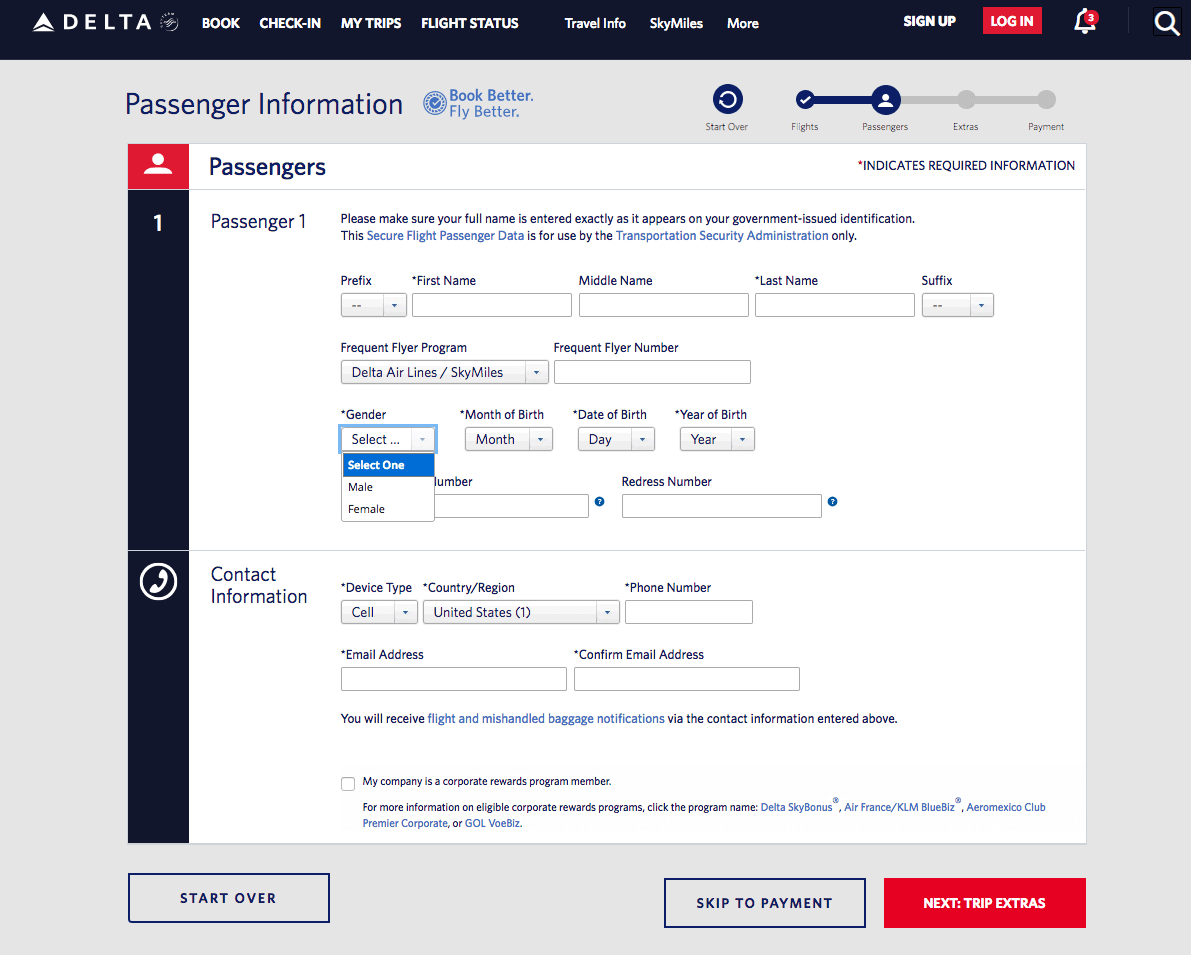 Christian also suggested that travelers select the gender between “M” and “F” that is on the majority of their documents when booking. TSA is not supposed to check gender at the airport, they noted.