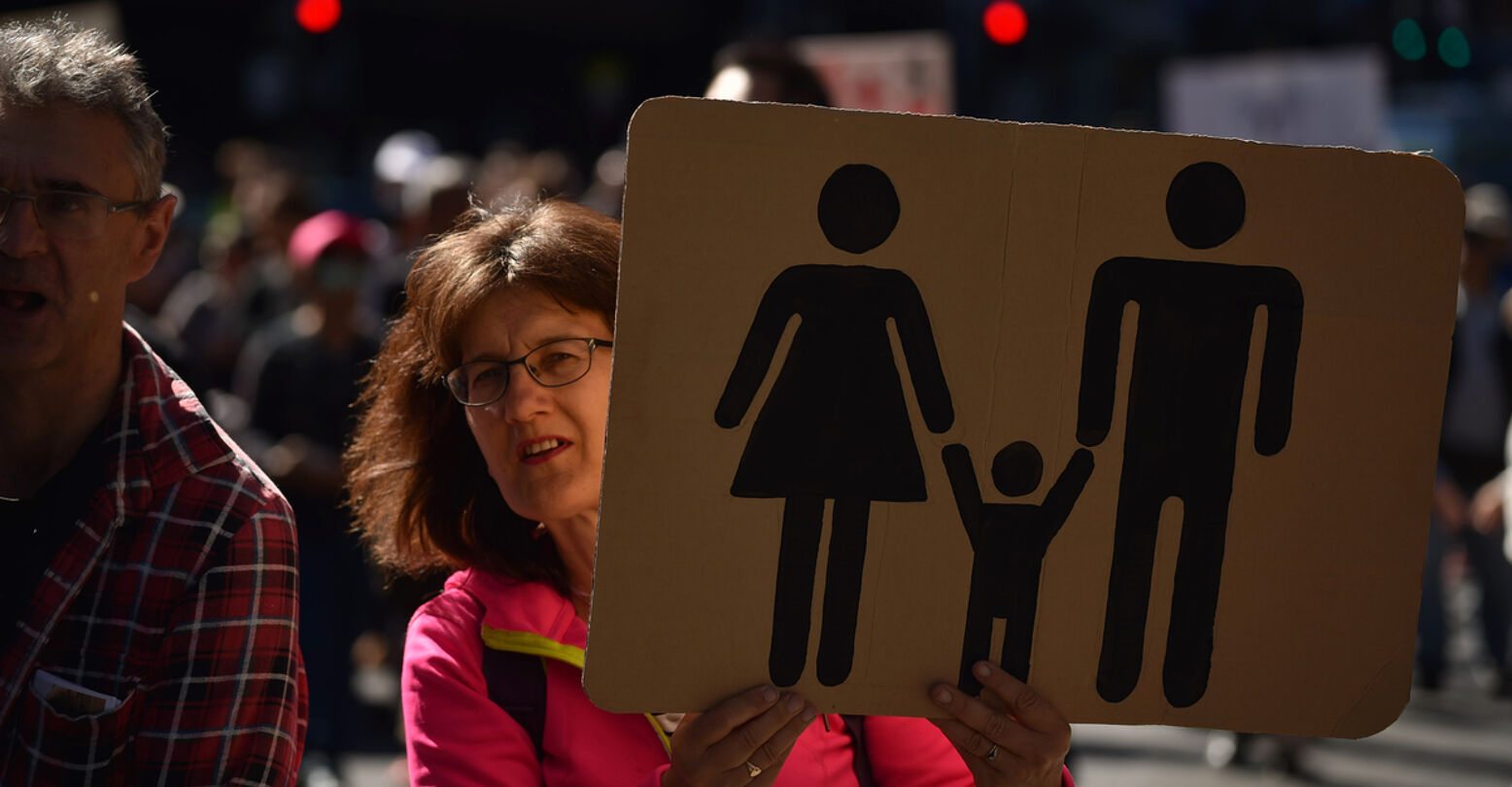 The acceptance of LGBTQ people has dropped dramatically in the past year, reports a new survey from The Harris Poll.

Just under half of the respondentsor 49 percenttold the research and analytics firm in 2017 that they were “very” or “somewhat” comfortable with LGBTQ people, a four percentage point drop from the year prior. At the time, 53 percent of people told The Harris Poll they felt comfortable around members of the queer and transgender community.

A closer look at those numbers indicates alarming trends.

Of the 2,160 U.S. adults polled, 31 percent claimed they would be uncomfortable if their child were taught by a queer or trans person, as opposed to 28 percent who said the same in 2016. Thirty-seven percent of respondents said they would feel uneasy with their children being taught LGBTQ history in schools, also up three percentage points from the last poll.

Almost one in three people (31 percent) reported being uncomfortable with seeing a same-sex couple holding hands, while 30 percent would be troubled to find out a family member were queer or trans.

Those numbers increased by two percent and three percent, respectively.

This marks an inauspicious first for the Harris Poll: It’s the first time in the survey’s history that support for queer and transgender people has dropped year-to-year. The poll, which is released annually in cooperation with the LGBTQ advocacy organization GLAAD, is referred to as the “Accelerating Acceptance” report for that very reason.

Analysts pointed to Donald Trump’s election to the presidency as inspiring this reversal in LGBTQ tolerance.

“An unseen casualty of a tumultuous year has been the LGBTQ community,” John Gerzema, CEO of The Harris Poll, said in a press release. “In a single year, we’ve seen significant declines from what had been an increasingly accepting America to one now less supportive.”

“[T]his lost ground of acceptance cuts across many in American society,” he continues.

Since his inauguration last January, Trump has used the power of his office to persistently rollback LGBTQ rights: from federal guidance for transgender students, not allowing them to use the bathroom which corresponds with their gender identity to an attempted ban on trans military service, which was blocked several times by federal courts.

Most recently, the Department of Health and Human Services was reshuffled to create a Conscience and Religious Freedom Division devoted to protecting the right of people of faith to discriminate against trans individuals and people with HIV.

Statistics show the LGBTQ community is already feeling this shift in the federal government’s priorities.

Fifty-five percent of queer and trans people tell The Harris Poll they have experienced discrimination on the basis of their sexual orientation or gender identity in the past year, a whopping 11-point increase from 2016. Just 44 percent claimed to have been subjected to anti-LGBTQ bias a year earlier.

Advocates vowed to continue fighting to ensure equality for the queer and trans community, even during a time of unprecedented challenges.

“In the past year, there has been a swift and alarming erosion of acceptance which can only be fought by being visible and vocal,” claimed GLAAD President and CEO Sarah Kate Ellis in a statement. “This report puts numbers to the bias that too many LGBTQ Americans have recently experienced.”