The murder was intentional, premeditated, and motivated by extreme anti-gay hate, say authorities. Now, they are seeking the maximum punishment allowed under the law.

At a press conference last week, Rackauckas told reporters that Samuel Woodward was found to be in possession of a large number of texts and images that show he intended to murder Bernstein because he is gay.

“The evidence was developed by examining Woodward’s cell phone, laptop, social media and other digital evidence revealing the dark side of Woodward’s thoughts and intentions,” Rackauckas said.  “These images are graphic, chilling, could be described as spewing hate toward almost every protected group. It may be described as racist, homophobic, anti-semitic, misogynistic, and anti-government.”

Rackauckas declined to go into detail about the images and texts investigators retrieved. He did not specify if Bernstein being Jewish may have also been a motivating factor in the murder.

34th District Senator Janet Nguyen lamented that the California legislature had previously failed to pass legislation that would have increased punishment for hate crimes based on a person’s sexual orientation or gender identity. Under the proposed legislation, prosecutors could have pursued the death penalty in a case like Woodward’s, Rackauckas noted. 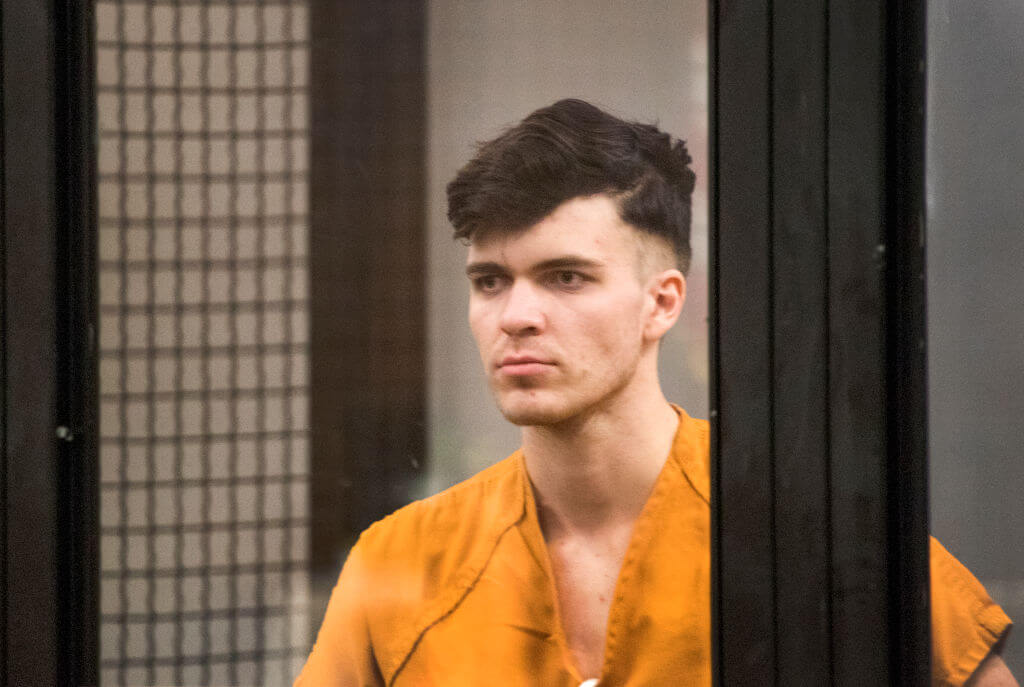 But some LGBTQ advocates have come to denounce increased hate crime charges, which they argue do little to deflect hate crimes and funnel resources into a system that disproportionately punishes queer people and people of color.

Bernstein’s parents, Gideon Bernstein and Jeanne Pepper, told reporters Thursday that they want to see a fair trial that ends in a maximum sentencing to prevent future crimes.

“Today, we suffer an added layer of pain to learn that he was likely killed simply because of who he was as a human being,”  said Gideon Bernstein. “He was so many things, and all of them were good.”

Blaze Bernstein went missing in January while at home visiting his parents.  Authorities say the victim knew Woodward because both men attended Orange County School of the Arts in Santa Ana. They allege Woodward picked up Bernstein on January 2 and drove him to a shopping center. Later, they say, Woodward drove Bernstein to Borrego Park.

“Sadly, after days of searching, Blaze, who was stabbed multiple times, was found in a shallow grave in a Lake Forest park not too far from where he lived,” said Rackauckas.

His mom said she that they stood in solidarity with all survivors of hate crimes and their families.

“We are you,” said Pepper. “We are people suffering because of hate.”

Woodward has pled not guilty and is being held on $5 million bail. He is due in court Aug. 22.