Mara Keisling couldn’t have dreamed of this life.

She draws an upward line with her hand, meant to represent the march toward trans equality. And the end of line, there is a very slight dip. That’s us now, she says, in the age of Trump.

She’s lived longer than of many of us, long enough to know two years can’t erase a lifetime of progress. She’s 59 now, something she’s been ruminating on a lot lately.

“There are not a lot of advantages that gives one in activism,” she said. “I’m a big believer in the saying that middle age is the enemy of creativity.”

But she has more time on the horizon. She tried to come out to her parents when she was just three. She was trans in the ’60s.

“My dad sat down at the computer and went on Google and my mom said, ‘What are you doing? There’s no computer or Google,’” she joked. “I was like utterly alone through the ’60s and ’70s. When I see kids who are out now, I’m amazed at that. The line of our progress was just flatlining for centuries.”

It’s not flatlining now, and few can claim a bigger hand in that shift than Keisling (though she largely won’t). 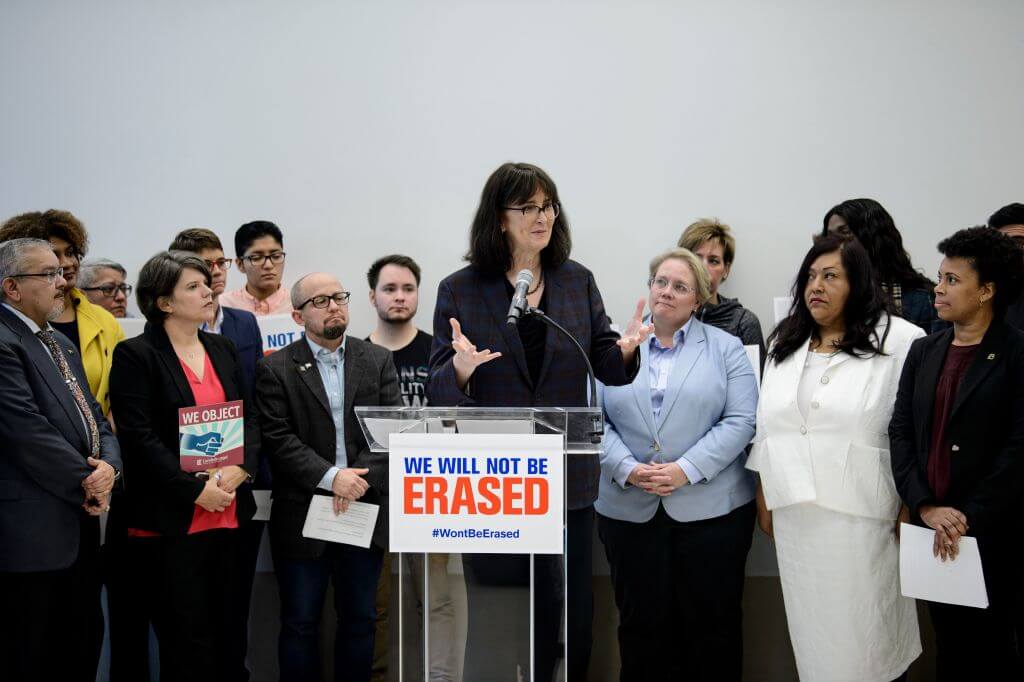 Keisling, of course, founded the National Center for Transgender Equality (NCTE) in 2003, a time that almost feels like an era ago for transgender rights and visibility.

It would be nearly a decade before the Equal Employment Opportunity Commission would issue guidelines stating that transgender employees were protected under the Civil Rights Act. Chaz Bono wouldn’t come out as trans for six years. Laverne Cox was not yet a household name.

In the last year alone, Danica Roem made history as the first transgender person elected to state office in Virginia. Earlier this month, Brianna Titone from Colorado, and Gerri Cannon and Lisa Bunker from New Hampshire quadrupled down on that success by winning their state races. In Vermont, Christine Hallquist changed the game as the first transgender state gubernatorial candidate for a major party.

This fall, Lush Cosmetics launched a national education campaign that called out violence against trans people of color and raised funds for NCTE. Call it trivial, but that wouldn’t have happened in the early days of NCTE.

So ask Keisling if we are moving forward, in an age where the Trump administration has set out to legally erase transgender people, and she doesn’t hesitate.

And lately, NCTE’s worst days are maybe its best.

Keisling recalls the morning of October 21, when the New York Times broke the story that “‘Transgender’ Could Be Defined Out of Existence Under Trump Administration.” The story detailed a leaked Department of Health and Human Services memo in which gender would be so narrowly defined that it would exclude transgender, non-binary and intersex people.

Harper Jean Tobin, director of policy for NCTE, was interviewed for the article, so the organization knew to expect the story.

“We heard that there was a memo last spring,” said Keisling. “We just thought this was the same old memo they had been talking about since February. So did a lot of politicos throughout the federal government.”

That Sunday morning, Keisling got a text from NCTE Media Relations Manager Gillian Branstetter. “It was ‘What are we going to do about this?’” said Keisling.

This was not the same old memo, but an unprecedented move that set off alarm bells across the nation. In fact, NCTE still has not been able been able to obtain the original memo reported by the Times. 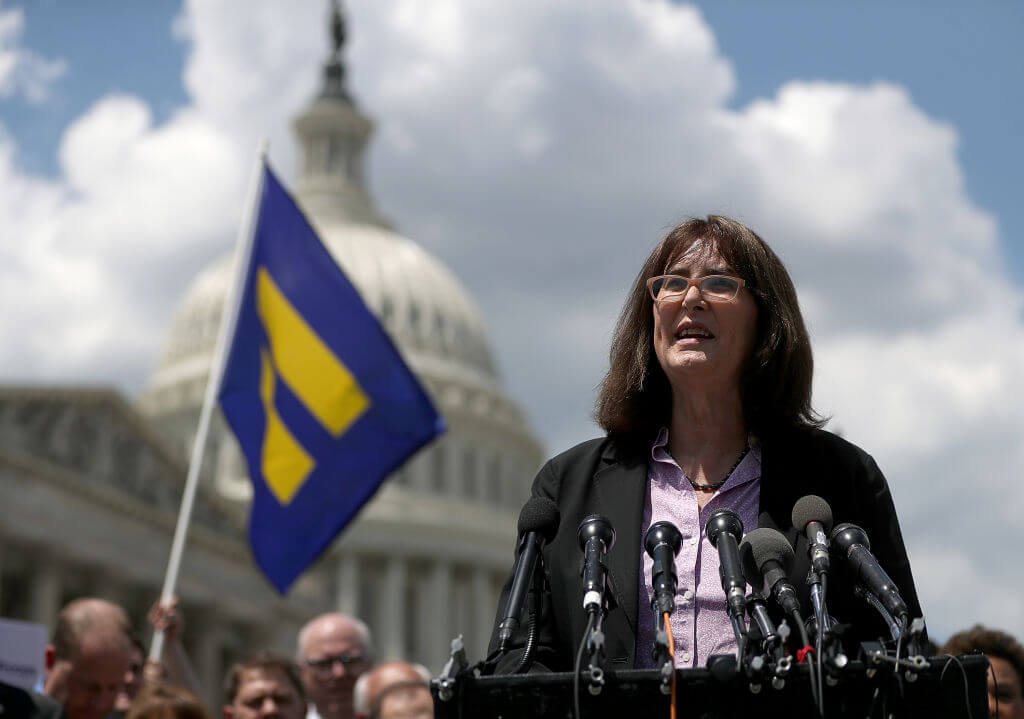 The NCTE staff assembled that Sunday morning and set about launching a national campaign.

The hashtag became a clarion call for transgender people across the country, who posted selfies to social media with the hashtag #WontBeErased.

NCTE’s response was one of Keisling’s highest points over the last two years under the Trump administration. Throughout that first week, NCTE reminded people that the move had little to do with actual policy.

Word of the memo rocked transgender people across the nation. Many struggled through the week that followed. Calls to the trans crisis hotline Trans Lifeline quadrupled. NCTE, which is comprised of trans people of multiple intersecting identities, worked through the fallout.

Keisling says for many on the team, the week was just another in a long line of attacks that hit them professionally and personally since Trump took office almost two years ago. Keisling cites attacks on immigrants, people of color, and the election of anti-LGBTQ extremist Jair Bolsonaro as Brazil’s president in October.

“It was just hit after hit,” said Keisling. “All of that just punches us in the face over and over again, and I have to say our staff has been phenomenal at just saying, ‘Oh, I’ve been punched in the face. Let’s punch back.’”