“I am not free while any woman is unfree, even when her chains are very different from my own,” she said to the mixed crowd of activists fighting to build a better life in the South American country.

Franco, who has become one of leaders of the social justice and LGBTQ movements in her country, has become known to quote Lorde and other revolutionaries as she worked to create change in her country for folks like her. And while her words on this night were no different in tone than those before, the reaction as she left the building was vastly different and deadly. 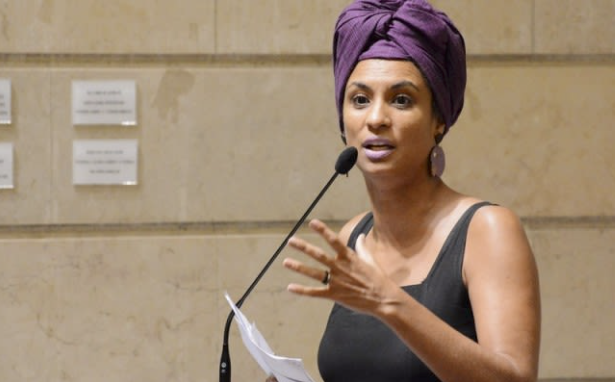 The 38-year-old and her driver Anderson Pedro Gomes were murdered in a drive-by shooting shortly after leaving the building that night. Thirteen shots were fired from an unidentified vehicle, four of them hitting her skull. Her press secretary, who was also in the car, was hit by ammunition shrapnel but survived without any serious injuries.

Now the country she inspired finds itself at the beginnings of what looks to be a revolution that will change the country forever. But how?

The Rise of Franco

Franco identified as bisexual, she lived with her girlfriend, architect Monica Tereza Benício, and had a 19-year-old daughter, Luyara. Franco was born and raised in Complexo da Maré, a conglomerate of 16 favelas located in the North Zone of Rio, and started studying at an early age, encouraged by her parents―to pay for school, she had to work since she was 11. Years later, she became part of a group of people popularly known as the “team of favela intellectuals,” a generation of low-income neighborhood residents who managed to get into good college institutions (Franco went to private university, PUC Rio, in 2002 with a full scholarship, and graduated with a Social Sciences degree).

Marielle Franco started fighting for human rights after losing one of her friends, killed by a stray bullet in a shootout. In a dissertation written for her master’s degree in 2014, she argued that the ongoing public security policy in favelas reinforced “a criminal State that, through the speech of ‘social insecurity,’ applies principles built on repression and control over poor” communities.

Security issues were one of the motivators of her first run for elected office, in the 2016 elections, with a campaign engaged in gender, race, and city matters. Referring to black women from favelas, her slogan was “I am because we are,” based on an Ubuntu motto, an African humanist philosophy. While assuming she wouldn’t get more than 6,000 votes, Franco became the 5th most voted councilwoman in the election, with 46,502 votes. 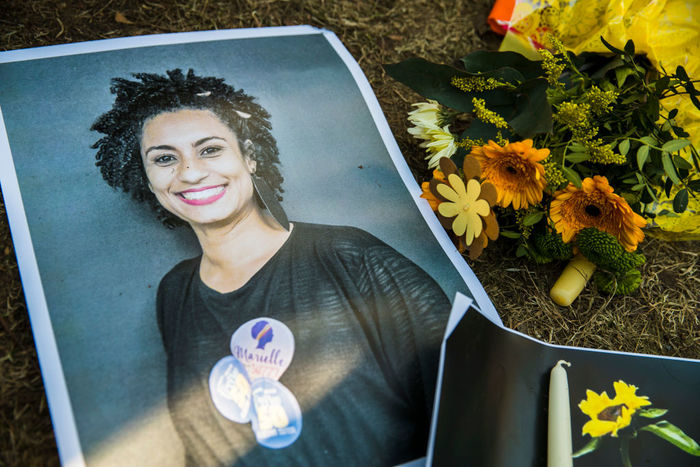 As a first-term member of the city council for 15 months, she presented 16 bills revolving around the rights and quality of life improvement of women, black people, and LGBTQ people. Her projects were dedicated to raising awareness about sexual violence, empower the black population, develop housing assistance for low-income families, and create celebratory dates for these classes.

In a country where an LGBTQ person is murdered every 28 hours―data shows that 2017 was the deadliest year on record for LGBTQ people in Brazil―she tried to incorporate in the official calendar of the city a day to address the fight against homophobia, lesbophobia, biphobia, and transphobia. In a different bill, she proposed the creation of a Lesbian Visibility Day, but the initiative was voted down.

Two of her bills were approved as laws: a motorcycle regulation in favelas, which is a popular transportation alternative in these areas, and one on City Hall contracts with social health organizations, frequently targeted in corruption investigations.

As the only black woman among 51 councilmen, she was a symbolic figure for minorities and saved no efforts to criticize police brutality and the high murder rates in poor neighborhoods. Her views on the federal intervention in public security were a frequently discussed topic. “Another young man homicide on the police account,” she tweeted last week, referencing the murder of 23-year-old Matheus Melo, shot after leaving church. “How many young people will have to die so that this war on the poor can end?” 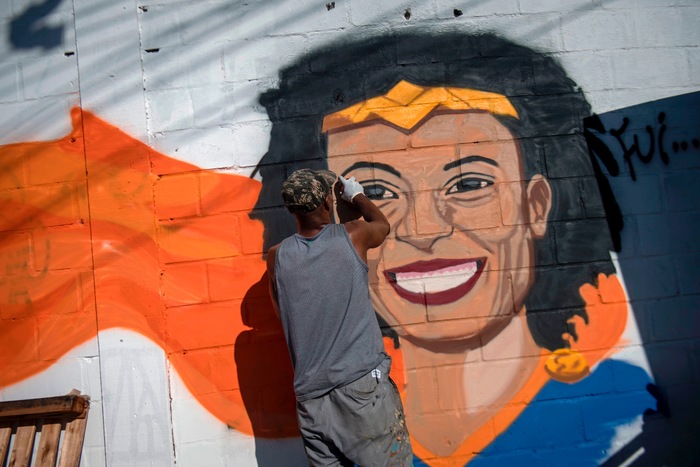 Although Franco’s murderers haven’t been identified yet, several sources, including the federal prosecutor’s office, claim that the evidence points to a targeted execution, as The Washington Post reported two days ago. The car suspected of being used in the attack was seized last Saturday by the Civil Police of Ubá, in the state of Minas Gerais, the location indicated from an anonymous complaint registered by the Civil Police of Rio de Janeiro.

The police are now listening to the testimony of witnesses, analyzing surveillance footage in the area of the crime scene, and tracking cell phone signals to look for any clues on the assailants.

In the midst of the case, a series of fake news has been shared on social media. One of them, tweeted by federal deputy Alberto Fraga, said that Franco was married to a drug dealer. Interviewed by Fantástico, TV Globo’s weekly television broadcast, Fraga admitted that sharing that content without checking its veracity was a mistake. His social media accounts have been suspended ever since.

Another rumor shared via WhatsApp said that the councilwoman had become pregnant at 16―she actually gave birth to Luyara, her only daughter, when she was 19.

This week, as numerous protest marches take place across the country and Twitter trending topics highlighted the hashtag #MarielleVive [Marielle Lives], one hundred Brazilian entities and NGOs came together in an intervention during the UN Human Rights Council to denounce the Brazilian state and ask for an independent investigation on the death of city councilwoman, pointing out that “many of those who speak truth to power in Brazil face unprecedented violence and stigmatization.” 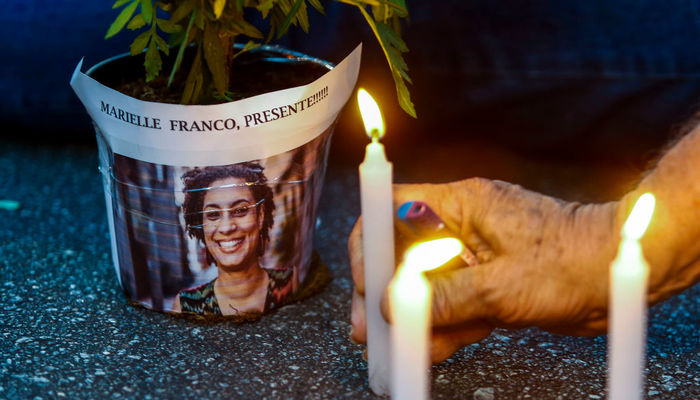 In several cities, demonstrators gathered for acts and vigils in memory of Marielle Franco and driver Anderson Gomes. Before an ecumenical ceremony in Cinelândia, in Rio’s Center Zone, Anielle Silva, Franco’s sister, expressed her outrage: “I have no experience in politics, but I’ve always fought for human rights, just like my sister,” she said. “Marielle was not a gangster, we’ve never been financed by the drug traffic They’re not going to destroy what my sister built, I want light and information for those who share fake news because they’re uninformed.”

For her Witness Tour, singer Katy Perry recently performed in Rio de Janeiro and paid tribute to Franco’s death as well: a photo of the councilwoman was displayed on a big screen as the singer welcomed Franco’s daughter and sister on stage and asked the audience for a moment of silence.

Interviewed by weekly program Fantástico, Franco’s daughter acknowledged: “Knowing that her legacy is set and that people are fighting for justice puts my heart in a much calmer state.”