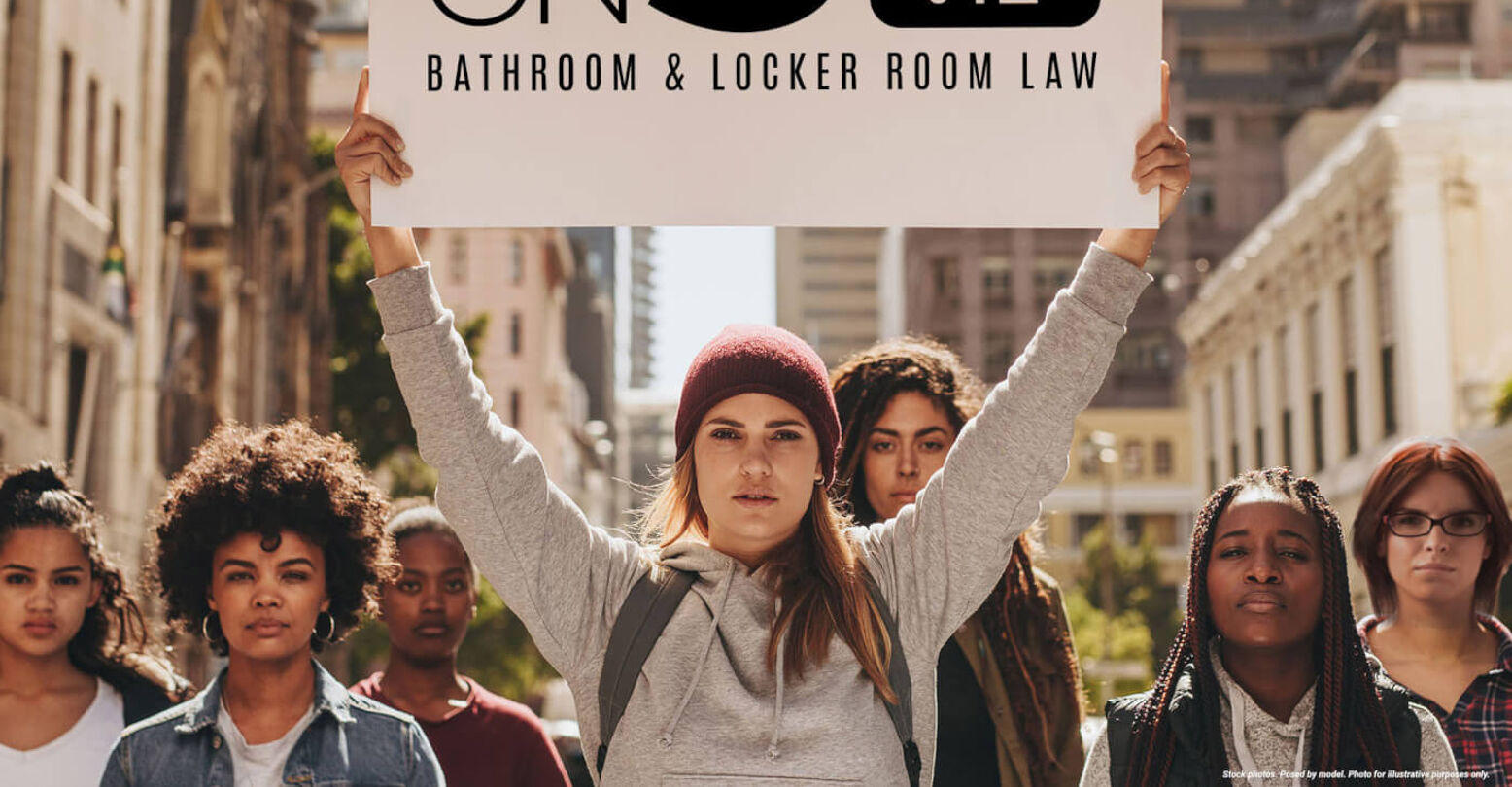 If the image is any indication, the fight to roll back protections for trans protections in Massachusetts is being led by a group of rad young feminists. That, however, appears to just be optics.

In November,  Bay State voters will decide if they want to repeal a two-year-old public accommodations law, which protects a person’s right to use a public bathroom that best aligns with their gender identity. It is the first statewide referendum on trans rights in the U.S.

The homepage for the campaign to repeal those protections features a protest photo that comes from a slate of women’s empowerment stock photos on Getty and Shutterstock. It depicts a young protester, flanked by women of color, holding up a sign that reads “WOMEN.” 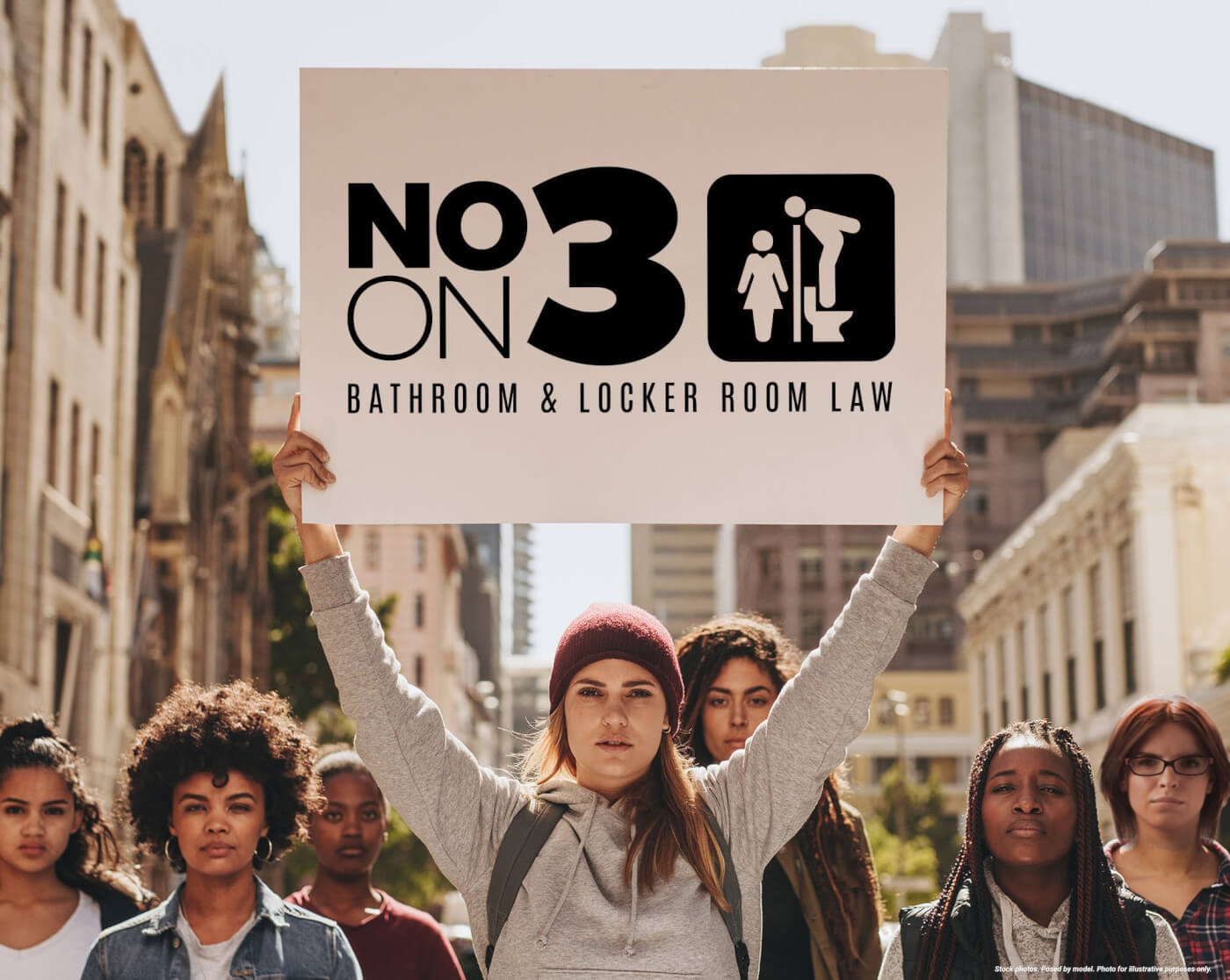 Shutterstock describes the images as a “Group of female [sic] protesting for equality and women empowerment.” Tags for the image include “equality, inclusively, rights, assault, discrimination.”

The images recall the 2017 Women’s March, a rebuke of the inauguration of President Donald Trump, which was specifically feminist and queer-inclusive.

In a statement to INTO regarding the photo, the Women’s March national organization said there is no room for transphobia in the movement for social change.

Getty did not confirm if it licensed the photo or if it was licensed through Shutterstock. However, according to Getty’s terms, the photo was edited legally because it contains a disclaimer at the bottom.

The photo was originally produced by Jacob Lund Photography, a Denmark-based company. The company did not respond to a request to comment on the photo.

Keep MA Safe likewise did not respond to a request to comment.

“Yes on 3 has enthusiastic endorsements from more than 50 sexual assault prevention groups, women’s organizations, and domestic violence prevention agencies who believe that dignity and respect is good for everyone,” Suffredini said in an email. “These women— which include mothers, survivors, and experts — believe so strongly in the Yes on 3 mission that they have appeared in our ads and spoken at press conferences in support of treating everyone fairly.”