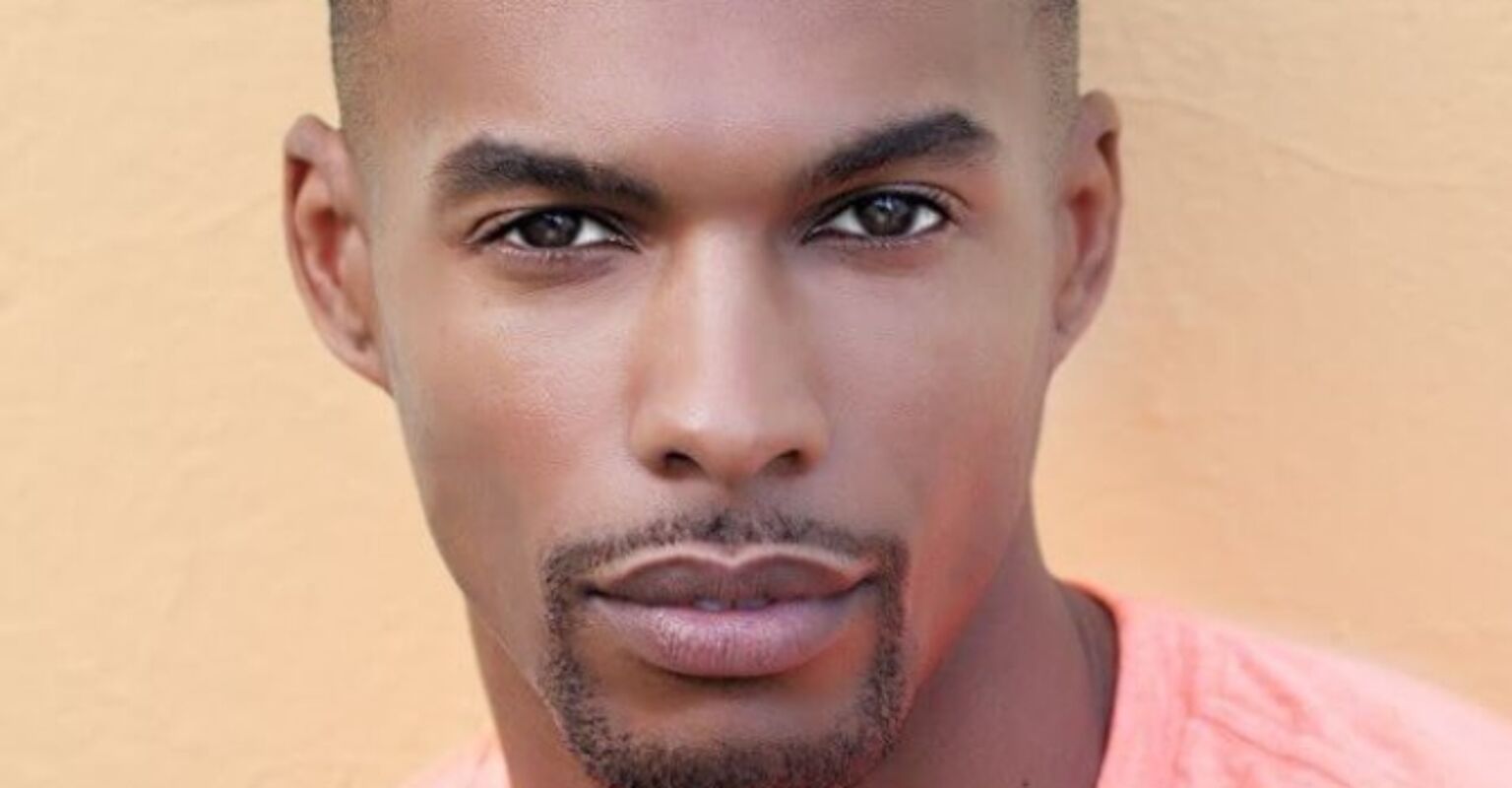 When Jacen Zhu first tweeted his mission to #takedowntina he was still using ‘Tina’ – a slang term for crystal meth – regularly. He had experimented with chemsex one night and slowly found himself developing an addiction, but it was only when he started to see other young men of color using codewords to score crystal meth on dating apps that he decided to speak out. #takedowntina started as a hashtag, but it’s now an initiative in its own right. With the help of a fundraiser, Zhu hopes that it could become a non-profit organization complete with a project manager, a fully-functioning website and a series of merchandise designed to spread his message: recovery is possible.

He’s just as warm, honest and open when I call him. He might be preparing for a panel discussion, but he gives his full attention to every answer: from sexual racism and social media to chemsex and the #AllLivesMatter brigade, Zhu shies away from nothing when speaking about his own experiences. He knows his visibility is vital for queer people worldwide struggling with similar issues, and so he lays himself bare to eradicate the “silent crystal meth epidemic” still weighing disproportionately heavily on queer and trans communities of color.

In honor of #WorldAIDSDay2018. We’ve made strides with HIV/AIDS and we at #TakedownTina w/ @PrEPSQUADDC want to continue spreading awareness about PrEP, Pep,and TasP. Through the research we can strongly say #UEqualsU & we can get to #zero new HIV cases. pic.twitter.com/7qn6bpioVu

First of all, tell me about Takedown Tina — how did that come about?

I actually tweeted the hashtag when I was still using, because I was seeing queer people of color my age on dating apps using codewords for crystal meth. I knew #takedowntina could get people’s attention, but I initially had no idea what I wanted it to be. Over the course of recovery and getting that information out there I realized people were reaching out to me, specifically black men talking about similar experiences, so I had the idea to run this as an initiative.

It was about education, because people still don’t believe that people of color – particularly within black and Latinx communities – and people of trans experience are using crystal meth. My goal was really to spread awareness of that silent epidemic within QTPoC communities, to plant the seeds of recovery and to promote the idea of sober fun to people who might just think it sounds boring!

Yes. People ask if I regret doing porn and I say no, because it forced me to get sober. People were seeing me and following me on social media, and that attention forced me to make a decision: do you want to be a drug user for the rest of your life, or do you want to come out on the other side? I chose to come out on the other side because I have a platform, and not only do I talk about addiction, I talk about the mental health side effects of recovery and about living undetectably as an HIV+ man. People find comfort in having these conversations with me, so I’m grateful to be able to reach people – especially people that look like me, because we do have a hard time.

We know now that HIV+ people can live undetectably and that drugs like PrEP (sometimes known by its brand name Truvada) can protect against transmission even if someone is detectable. Do you think the stigma is starting to disappear?

Within the Caucasian community. But within communities of color? No. We’re just starting to get involved with PrEP, so the idea that U=U (undetectable = untransmittable) isn’t being talked about as much. We’re so far behind, and there are lots of POC that come from religious backgrounds and have to deal with that stigma within their families. Because we’re a marginalized community we can be like crabs in a barrel, so we have to start being more open and honest with each other. Also, stigma is even written into words like ‘clean,’ so it’s not going anywhere overnight, but we’re in it for the long haul.

We live in the age of callout culture – pulling people up can make them feel ‘attacked.’ Can that make it difficult to get through to people?

Yes, but when I speak to people I’m honest about the fact that I’ve made transphobic comments in the past, and that I grew and learned it wasn’t right. My favorite sayings are “I encourage you…”, or “Be mindful,” because I want people to understand that I’ve been like that in the past too.

As someone with a public platform, has it been difficult to speak about your experiences?

Yes, but for the most part feedback is positive because I try to create that space. I always find that when people of color have something to say, white people will say: “What about me, too?”

I get that. I got that a lot when I was talking about a crystal meth epidemic amongst POC. People would say: “But drugs affect everyone!” Yes, but right now we’re talking about how many lives are being lost within communities of color. We aren’t saying drugs don’t affect everyone, but the opiate crisis has always been a crisis for POC. There’s been a war waged against and [POC] have been given higher sentences, but now people call it an ‘epidemic’ because people that don’t look like us are being affected. We need to have these realistic conversations, so I tell people they need to check their ego and realize that it’s not about them as a person, it’s about society at large.

Do you get backlash for talking about other issues as well?

Sometimes. Some people – and I don’t think they mean any harm – are just so used to performers agreeing to things. I’m not a person that will agree to something I think is problematic; I’ll tell you, and then we can work out a different way. A lot of people don’t want to do that, so my opinion is really that it’s time for fresh blood in the industry. If you look at web series they’re giving a more realistic perspective on what’s going on in the world and they’re having sex!

We often see research that shows that POC are more likely to suffer mental health issues or struggle with addiction. From your own experiences of working within communities of color, do these statistics ring true?

Yes, and it speaks to the society we live in. POC don’t feel comfortable talking about mental health because we are marginalized, so the attitude can be “suck it up, move on.” Especially QTPOC – a large percentage are living in poverty, so they’re more concerned with finding warmth, shelter and somewhere to shower. I think that plays a large role. It’s also about access to mental health services, and specifically about finding someone that looks like you and that actually makes you feel comfortable. A lot of these places don’t pay well so there’s high employee turnover, and the idea of telling someone new your story each week just doesn’t work for some people.

Do you think there’s still a tendency to trivialize mental health issues as well?

Obviously, Tina is heavily linked to chemsex. Do you find that’s a common route to addiction?

That’s how I got started. One day I went home with a couple after the bar, and I saw them doing the drug but I thought I would just smoke pot and drink. All it took was that one curious moment, and then bam! I really do think in those moments we’re more likely to do something we wouldn’t normally do.

On that note, what advice would you give to anyone reading this who’s struggling with any of the issues – HIV stigma, addiction – that you’ve faced?

It sounds cliché, but I would honestly say that it does get better. It will take time and work, and you’ll ask yourself what the point of getting sober is because you’ll have to start dealing with your demons. But one day – maybe not today! – you’ll look back with joy that you’re no longer engaging in that lifestyle. It will make you so happy!

Also, have the conversation. Talking really sparked my journey to recovery, and I wouldn’t change it for the world because drugs didn’t give me anything other than a temporary high. You might feel like you’ve done something that makes you a bad person, but there’s a community waiting for you that doesn’t care. They really just want to love you, accept you and become a part of your life.