When Donald Trump finally makes his long-delayed trip to the United Kingdom in July, the president will not get the royal red carpet treatment he expects.

A mass horde of drag queens are planning to march against his anti-LGBTQ views on July 13. The event, organized as part of the “March of Millions” scheduled for the same day, has generated major excitement in Britain. On Facebook, more than a thousand people say they are “attending” the rally outside Prime Minister Theresa May’s office on 10 Downing Street.

May and Trump will be meeting for a recently announced “working visit,” an informal meeting that’s less revered than an official “state visit” with the crown. The queen will not be in attendance, for example.

The Manchester-based drag artists Jonny Banks, Liquorice Black, Violet Blonde, Cheddar Gorgeous, and Anna Phylactic decided to organize an LGBTQ response to the gathering as a way to show solidarity with queer and trans communities in the U.S. affected by the Trump administration’s rollback of equality. 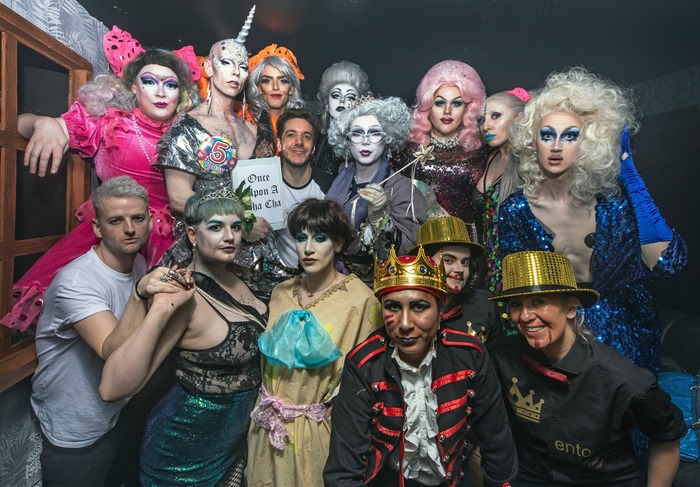 Since taking office in January 2017, critics argue the president has persistently chipped away at protections for LGBTQ people in nearly all areas of public life: including healthcare, federal employment, and global HIV/AIDS policy.

Cheddar Gorgeous, the de facto lead organizer of the protest-within-a-protest, says the idea for their resistance was inspired by the ACT UP slogan from the 1980s: “Silence = Death.” The goal is to “be visible, make a bit of a fuss, and cause disruption in order to highlight the issues,” he tells INTO.

“Something weird happened in the Noughties: LGBTQ people thought we would never have to face our rights being taken away from us,” the drag performer says. “The gains that had been made we would never lose. That was false. The rights that we had won we would always have to fight for.

“So all we have is getting loud, making ourselves visible, and making it clear that there have always been people who are different,” he adds in a half-hour phone conversation.

Organizers say that Trump’s attacks on LGBTQ people, women, and Muslims sets a bad precedent for other leaders across the globe. In the year since Trump took office, countries like Azerbaijan, Egypt, and Russia have cracked down on their queer and trans communities. More than 100 gay men were rounded up in Chechnyaand at least four murdered.

While his actions don’t always have a direct impact on how foreign leaders treat marginalized group, there’s an old saying that’s too often true: When America sneezes, the rest of the world catches a cold.

“It’s important for us to stand with our brothers and sisters across the pond,” organizer Anna Phylactic says. “It’s scary that things can so easily be taken away.”

The organizers clarify that drag queens will not be the only group attending the July event, as more than 30,000 people are expected to turn out. In fact, the trip has been routinely put off by the president in fear of the very reception he is set to receive. He was originally slated to travel to the U.K. in February to attend the opening of the new U.S. Embassy building in South London.

But just weeks before the scheduled visit, Trump pulled out of the plans, calling it a “bad deal” in a January tweet. The POTUS further claimed that U.K. ambassadors wanted him to cut the ribbon at the ceremonybut he would be declining the opportunity.

Despite the fact that May was one of the first to offer congratulations to Trump following his upset victory in the 2016 elections, organizers say he is vehemently disliked in Britain. Cheddar Gorgeous claims he’s “regarded as a joke but a dangerous joke,” calling the president “someone who could seriously destabilize the world.”

“As the leader of the free world, we should expect a little bit more from Trump,” the performer states. 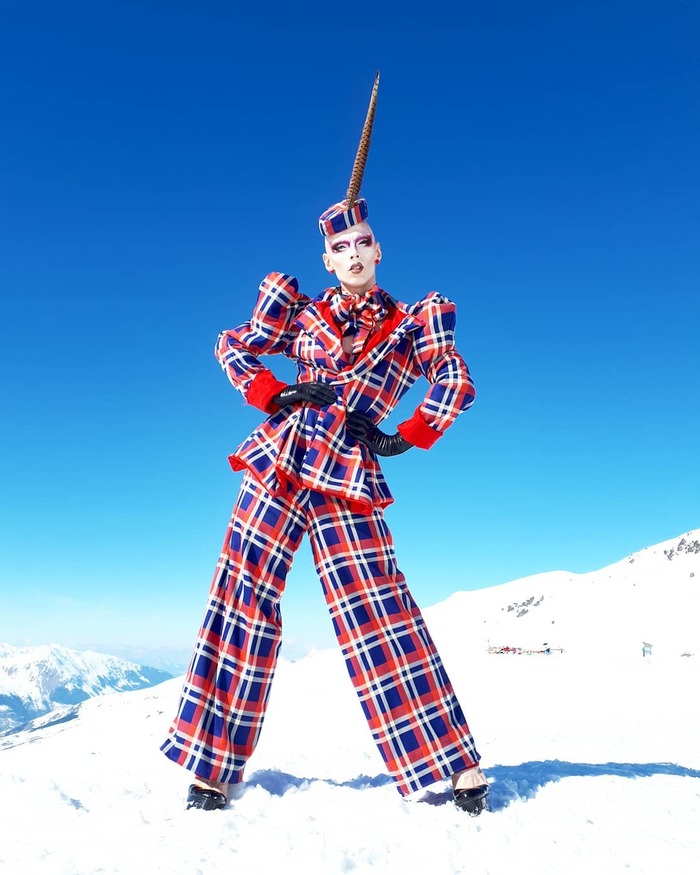 Despite the diverse group of people who will be taking the streets of London two months from now, Cheddar Gorgeous believes there’s something particularly significant about protesting in drag. Although the art form is often looked at merely as female impersonation, he believes it has the ability to “make visible your differentness in a way that’s very, very extreme.”

This event recognizes, however, that drag has always played a special role in leading social movementswhether its Stonewall or The Resistance.

When the LGBTQ community protested discrimination and police harassment at Greenwich Village bars in the 1960s, that protest was led by figures like Sylvia Rivera and Marsha P. Johnson. Although these activists would later come to identify as transgender women, they referred to themselves drag queens at the time of the Stonewall riots.

“Drag is a political act because it goes against social norms,” Anna Phylactic argues. “We’re making a statement by playing with gender and the rules we’re given by society.”

What adds to the equation, Cheddar Gorgeous says, is the inherent visibility that comes with drag.

“We become something larger than life and spectacularwhether you’re a crazy club kid, a femme pageant queen, or a drag king,” he claims. “When you’re a spectacle in that way, you become a focus of attention. The very fact that you’re being noticed means everything you’re doing is political.”

But as the world’s attention turns to the U.K. in two months time, the organizers hope their friends and community members in America take away a special message from the protest: Their allies in Britain will continue to fight.

“I hope people in the U.S. who are affected by this see what’s happening and think, ‘We’re not alone,’” Cheddar Gorgeous says.