On Friday night, just before midnight, Liam Blank was casually chatting with several people on Grindr. One person with whom he had been speaking, after about 20 or 30 minutes revealed to him that he was HIV positive. Shortly after the other Grindr user’s revelation, he told Blank what was actually happening: he was nearby, on the George Washington Bridge, ready to jump.

“He was kind of trying to tell me to not come and to not worry about it and I was like, ‘Well, I’m looped into this already, so I’m not going to let it happen on my watch,’” Blank told INTO in a phone interview. 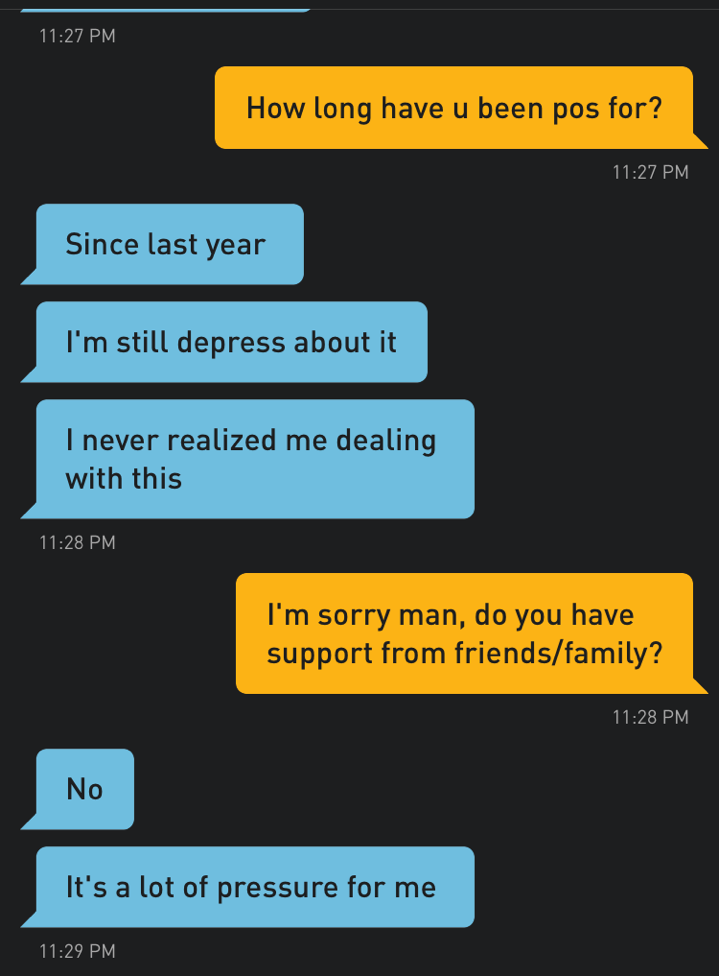 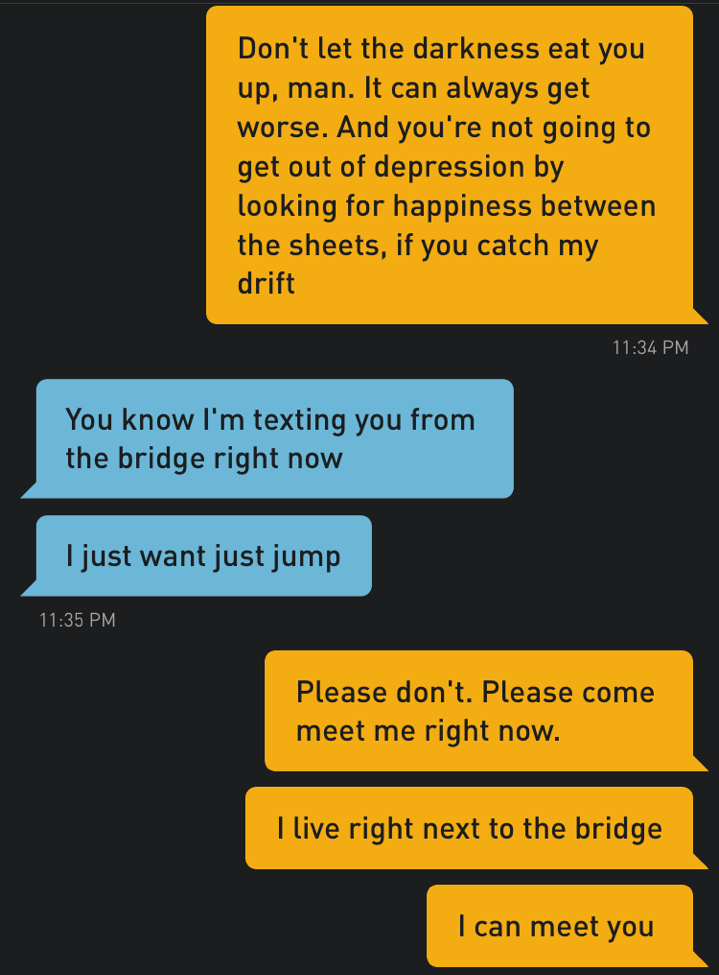 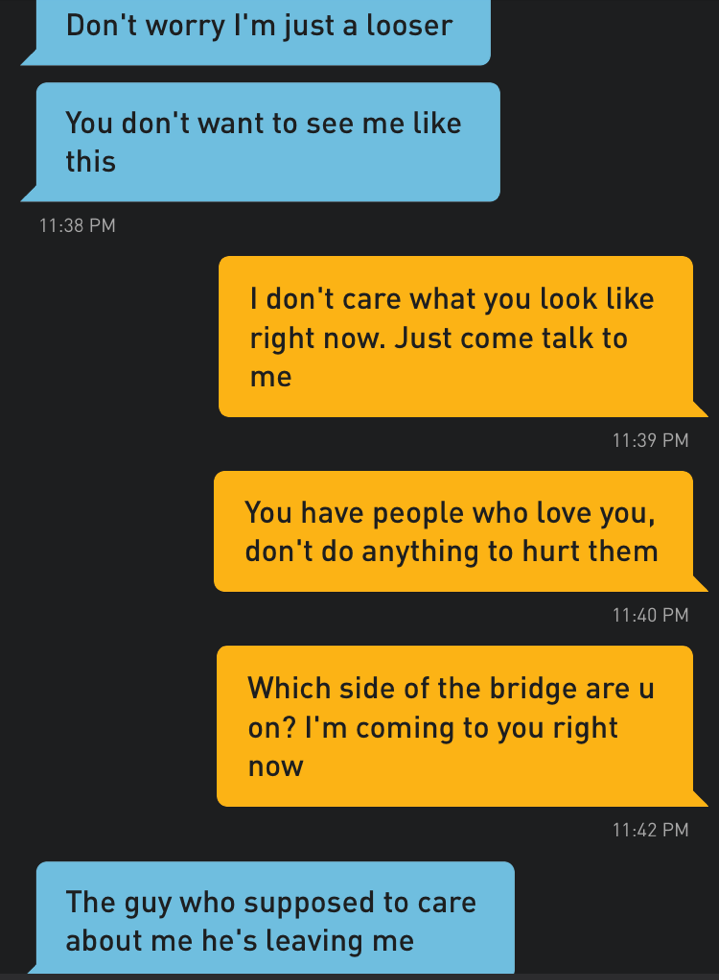 Blank lived near the George Washington Bridge and sprang into action. When he got there, he saw a figure in a hoodie that turned out to be the man from Grindr. When the men in the hoodie turned to face Blank, tears streaked down his face. He had been crying. After convincing him to come back to his apartment, Blank and the man from Grindr spoke for about two hours and got his whole backstory.

The pair spoke for two or three hours. Blank could tell after the man opened up pretty quickly that he was looking for someone to talk to. Aside from a recent diagnosis, he was 22, undocumented and had little to no support system in place. His undocumented status made finding a job difficult and obtaining education difficult.

“I’m a little bit older than him, but I can’t imagine having any of that burden that he had on his shoulders,” Blank said.

After hours of conversation, Blank made sure to make plans with his newfound friend from Grindr. His friend told him he loved spending weekends at a nearby bar, the Castro, so Blank offered to take him there soon.

Since the incident, Blank has had time to reflect on what made him act. He told INTO that, in the last year, he lost a friend to suicide and that he wanted to try to intervene this time.

“A friend of mine from college committed suicide and I spoke to him a week before hedid it,” Blank said. “I felt like I really didn’t go far enough in showing him that I was really there as a friend who could’ve been supportive.”

He added, “I regret that now. When this opportunity came up, someone was making a cry for help, Iwasn’t going to make that mistake again.”

Blank eventually shared the story on Facebook, though he was hesitant due to the stigma of being on Grindr.

“It was a first of me for talking about having a Grindr experience on Facebook, but that wasn’t that hard to overcome because it was such a unique story,” he said. “it felt like I had to share it.”

Blank also said that he felt the story may have ended differently if, like many in the gay community and on hookup apps, he would’ve ignored the person on Grindr because of his HIV status. Blank said that HIV has a very personal meaning to him, as his uncle passed away from an AIDS-related illness.

“When this person was basically making a plea for help, I felt that connection that I had with it I had to do something,” he said. “I couldn’t just let it go or help from my phone. I had to take it past that.”

Since Blank posted the story to his Facebook, it’s gotten over 500 likes.
According to the Trevor Project, suicide is the second leading cause of death among people ages 10 to 24 and LGB youth have rate of suicide attempts 4 times greater than non-LGB youth. Ninety-two percent of trans adults recounted having attempted suicide by age 25, as well.

According to a recent study, people with HIV have a higher rate of suicide than those in the general population, especially those living in the first year after diagnosis.

Readers seeking support and information about suicide prevention can contactThe Trevor ProjectorTrans Lifelinefor support or any questionsespecially if you feel that you’re currently in crisis.

Disclaimer:INTOis a digital magazine that is owned by Grindr. The decision to report this story was in no way connected with better representing the brand or product.