A spokesperson for the National Rifle Association dismissed Chelsea Manning’s gender identity in an interview broadcasted on the lobby group’s media network.

Political commentator and spokesperson Dana Loesch told NRA TV’s Grant Stinchfield on Tuesday that she refused to “suddenly pretend that this individual who is pretending to be a woman is a part of my sisterhood.”

She further accused Manning, who recently announced her intention to run for Congress, of “appropriating” femaleness.

“He went through maturity and puberty as a male,” Loesch claimed on Stinchfield’s eponymous program. “Just because you get some boobs, and you put some red lipstick on, poorly applied, and a very poor smoky eye bad dye job, that don’t make you a chick.”

Throughout the interview, the conservative talking head refused to refer to Manning by female pronounseven interrupting Stinchfield to use the former Army soldier’s birth name.

The NRA host also appeared to be confused about which names and pronouns to use when referring to Manning. When Loesch cut in, Stinchfield said, “Whatever he/she wants to call herself himself.” He noted that because of her felony record, Manning “can’t even vote for him or herself” in the November 2018 elections.

When Media Matters drew attention to the interview, Loesch quickly hit back at the left-leaning outlet, refusing to apologize.

“Oh no I’m being mansplained to by a mostly male Soros outlet mad that they can’t force me to accept a patriarchal appropriation of my female gender,” she claimed in a 10:33am post reiterating the same points made in the earlier conversation. “I simply said having breasts and red lips doesn’t make you a woman.” 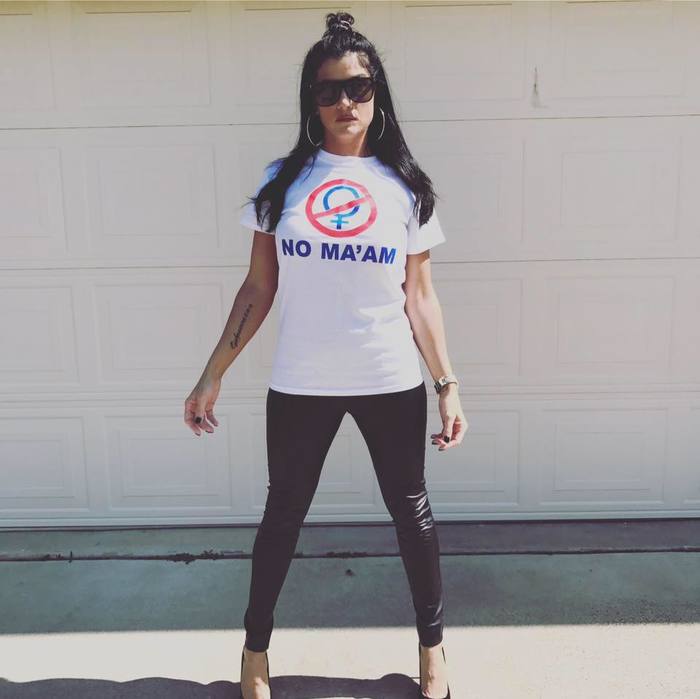 Loesch, a former Blaze TV host and author of Hands Off My Gun, previously got into a public spat with BuzzFeed reporter Chris Geidner for refusing to use Manning’s correct name and pronouns.

She claimed in a Sept. 2016 tweet that the military was giving “preferential treatment” to Manning by allowing her to transition in federal prison. The one-time private was sentenced to serve between 21 and 35 years for violating the Espionage Act after leaking classified information to WikiLeaks in 2010.

When Geidner called out her comments as transphobic, Loesch claimed in a series of posts that he was merely “triggered” and “castration isn’t necessary.”

She has continued to be employed as a representative of the NRA.