The Georgia Tech Police Department has released the name of the officer said to be responsible for the shooting death of 21-year-old Scout Schultz.

Police officer Tyler Beck was one of four officers called to the scene at around 11 p.m. on Saturday evening after Schultz reported a ‘suspicious male’ with “long blond hair, white t-shirt, and jeans” lurking outside university dorms. Law enforcement claim that Scout, who is nonbinary and uses gender-neutral pronouns, charged at them with a knifeafter which Beck charged his firearm.

L. Chris Stewart, an attorney representing Schultz’s parents, has contested the police’s account. Stewart has claimed that the victim had a multipurpose toolakin to a Swiss Army knifein their possession. The knife was not extended at the time of the shooting, Stewart alleges. 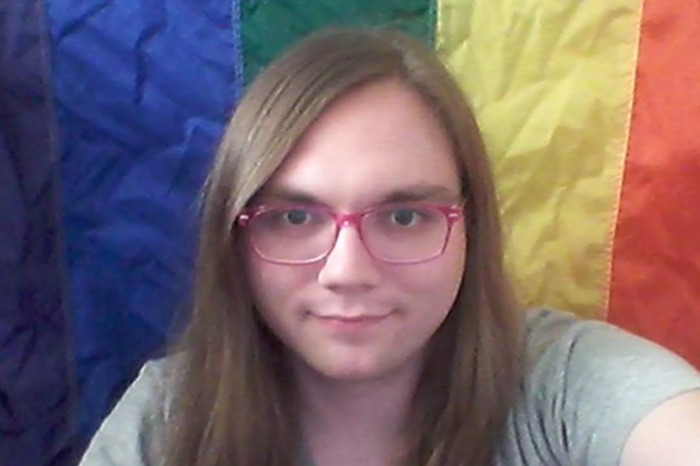 Representatives from the campus confirmed that Beck is on “paid leave, pending the outcome of the investigation” in a Tuesday statement.

Beck has been a patrolman at the Atlanta, Ga. university since 2016, reports the Atlanta Constitution-Journal. The officer received certification through the Georgia Peace Officer and Standards Training Council (POST), the regulatory body which sets standards and training for law enforcement. But the Journal claims Beck never completed Crisis Intervention Training, which illustrates how to deal with mentally ill individuals in an emergency situation.

Authorities reported that Schultz, who had previously attempted to take their own life, left three suicide notes in their dorm room.

A rally held in remembrance of Schultz turned to violence Monday, as police apprehended three individuals. University President G.P. “Bud” Peterson claimed these individuals were “ agitators intent on disrupting” an otherwise peaceful demonstration. “They certainly did not honor Scout’s memory nor represent our values by doing so,” Peterson said in a statement.

A cop car was damaged during the protests and two officials reportedly experienced minor injuries.