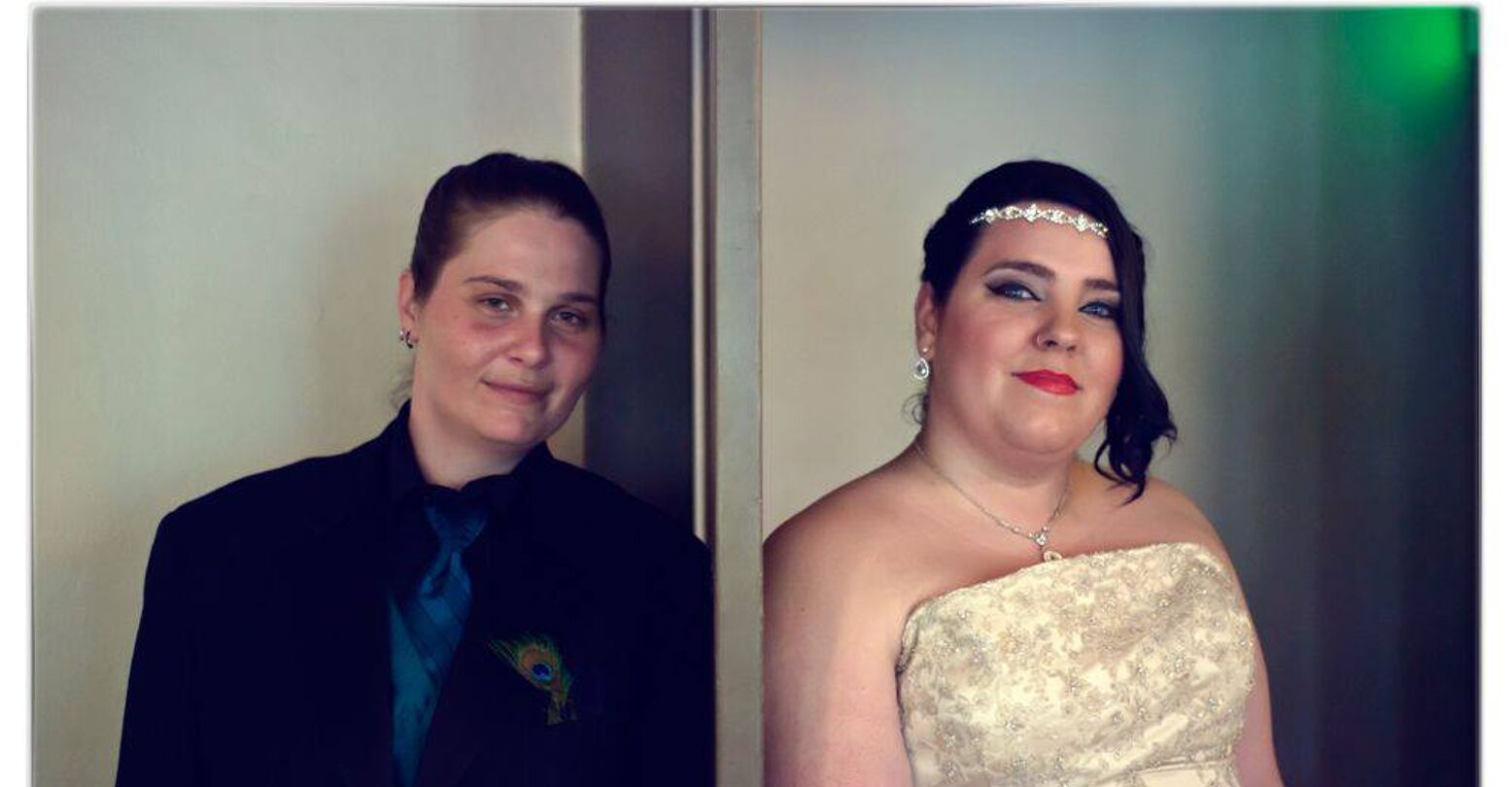 A bakery in Oregon will be required to pay a $135,000 fine for denying a wedding cake to a lesbian couple following an appeals court ruling on Thursday.

The Oregon Court of Appeals upheld an earlier judgment against Aaron and Melissa Klein of Sweet Cakes by Melissa, who claim that providing wedding-related services to same-sex couples contravenes their faith beliefs. Rachel and Laurel Bowman-Cryer ordered a cake from the Kleins in 2013 and were turned away. The Bureau of Labor Disputes found in January 2014 that the Christian couple had trespassed the state’s nondiscrimination codes in doing so.

This case has been tied up in the court system so long neither the state of Oregon nor the U.S. Supreme Court had legalized marriage equality when the suit was originally filed. Oregon didn’t recognize same-sex unions until 2014, and the nation followed suit a year later.

The Bowman-Cryers celebrated the verdict as long-overdue vindication.

“It does not matter how you were born or who you love,” the couple claimed in a statement. “All of us are equal under the law and should be treated equally. Oregon will not allow a ‘Straight Couples Only’ sign to be hung in bakeries or other stores.”

But one favorable aspect of Thursday’s ruling for the Kleins is that the appeals court, which first heard the case nine months ago, reversed a key claim from the Bureau of Labor Disputes. The board had argued the couple “violated Oregon law by communicating their intent to discriminate against same-sex couples in the future.” The Court of Appeals disagreed with that finding.

First Liberty Institute, which represented the Christian bakers in court, claimed that it will continue to appeal the case.

“Freedom of expression for ourselves should require freedom of expression for others. Today, the Oregon Court of Appeals decided that Aaron and Melissa Klein are not entitled to the Constitution’s promises of religious liberty and free speech,” Kelly Shackelford, President and CEO of First Liberty Institute, said in a press release. “In a diverse and pluralistic society, people of good will should be able to peacefully coexist with different beliefs.”

The self-avowed “religious liberty” organization, which is based in Plano, Texas, may not need to continue the crusade.

The Supreme Court heard oral arguments earlier this month in Masterpiece Cakeshop v. Colorado Civil Rights Commission, a nearly identical case out of Colorado. It’s one of several outstanding legal battles over whether wedding cakes should be protected under the First Amendment as artistic expression.

The SCOTUS case will be decided as early as June 2018.

Although the Kleins were forced to shutter Sweet Cakes by Melissa as a result of the judgment, they have had a second life as cause célèbres of the religious right. The couple successfully netted more than $500,000 from supporters through a crowdfunding campaign, in which they cited financial fallout arising from the 2013 complaint. The fine is not even a third of that amount.