Pakistan lawmakers have passed a landmark transgender rights bill that advocates say is one of the most progressive pieces of pro-trans legislation in the world.

Members of Pakistan’s Parliament passed the “Transgender Persons (Protection of Rights) Act” in the national capital of Islamabad on Tuesday. Calling trans people “one of the most marginalized communities in the country,” it says this population faces problems like “social exclusion,” “lack of education facilities,” and “lack of medical facilities.”

In addressing these issues, the bill is incredibly sweeping in its scope. Defining gender as “male, female, or a blend of both or neither,” it allows trans individuals to choose their gender marker on all driver’s licenses and passports.

In addition, the bill prohibits discrimination against trans Pakistanis in a vast array of public accommodationsincluding the workplace, housing, public transportation, education, health care, and prison detentions. It also affords trans people the rights of inheritance and grants them the ability to run for public office. 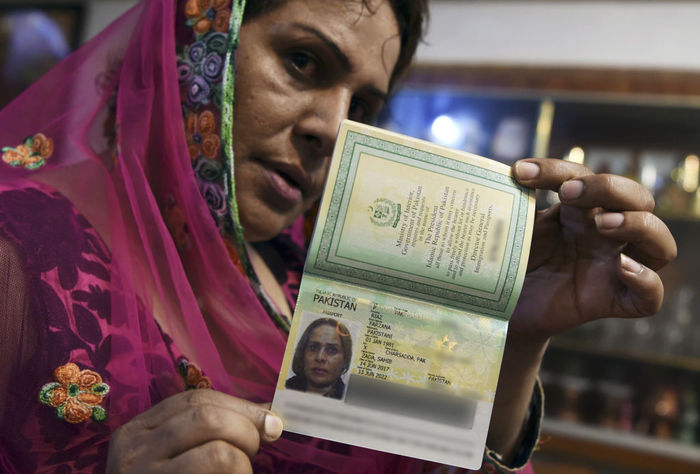 But the legislation has some limitations.

First, it isn’t inclusive of sexual orientationmeaning that bias against gay, lesbian, bisexual, and queer individuals will remain legal. The bill also doesn’t specify sexual assault under its purview of discrimination, a key oversight for a population often forced to engage in survival sex work due to the few opportunities for employment afforded to transgender women in Pakistan.

Although transgender people (often known as hijra) are viewed as holding a special place in traditional Pakistani society, they often are forced to beg on the streets or dance at weddings to earn a living.

Lawmakers hope to further address the grave disparities faced by the trans community by establishing “Protection Centers and Safe Houses” to aid this population. According to the bill, these facilities will “ensure the rescue, protection, and rehabilitation of transgender persons,” while offering them “medical facilities, psychological care, counseling, and adult education.”

The legislation has yet to become law. Although it was approved by Pakistani lawmakers this week, Pakistani President Mamnoon Hussain must sign it before it goes into effect. If ratified, it’s unclear when and how the law would be implemented.

But despite looming questions, LGBTQ advocates cheered its probable passage.

“This bill makes Pakistan one of the few countries in the world to recognize the self-perceived gender identity of transgender individuals,” Amnesty International’s Pakistan researcher Rabia Mehmood told Al-Jazeera. “The country’s transgender community has very high hopes from this bill. Its implementation is, therefore, crucial to ensure they can live their lives with dignity and respect.”

“I thought that this would never be achieved in my lifetime, but I am fortunate to have seen my own parliament pass this bill,” added longtime activist Bindiya Rana. 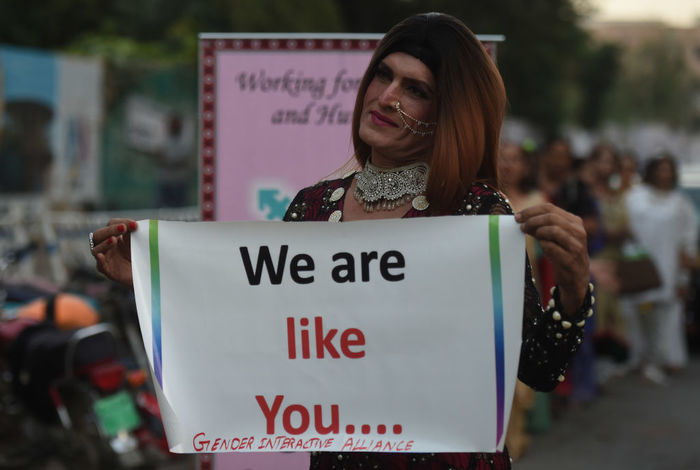 Pakistan, though, has a long way to go in getting to a point where trans people are treated equally in society. This group faces an extremely high rate of violence: In the northwestern province of Khyber Pakhtunkhwa (which numbers around 30 million residents), activists estimate that 57 transgender individuals have been killed since 2015.

When three trans women were shot at in the province earlier in January, local trans groups reported there had already been 22 attacks on the community so far this year.

Just as the parliamentary bill was set to be approved, a dancer in Khyber Pakhtunkhwa, Muni, was murdered during a performance at a wedding on May 4. One of the male celebrants became frustrated with her when she was unable to make change for 1000 rupee note and opened fire. She was the district’s fourth trans killing in 2018.

It’s unknown how many people the trans rights law stands to impact. While official counts estimate that Pakistan counts just over 10,000 trans citizens, advocacy groups say the actual number could be as many as 500,000.