The future of an LGBTQ homeless shelter in Arkansas is in jeopardy after a neighbor threatened to publicize its location, potentially making the center a target for harassment.

Lucie’s Place, which is currently searching for a home to open a second location, revoked its request for a zoning hearing scheduled to be held later in the week. After hearing about the proposed center through the Nextdoor app, a community member in the Little Rock area emailed the center to say that she would “make it [her] personal mission” to oppose the project.

Her concern was that area children would be harmed by having a shelter in close proximity.

“I am aware of the dangers involved from a resident disclosing the location of the home, to a person tracking them down, to sneaking drugs in, to having a criminal background that’s undisclosed, etc.,” she wrote. 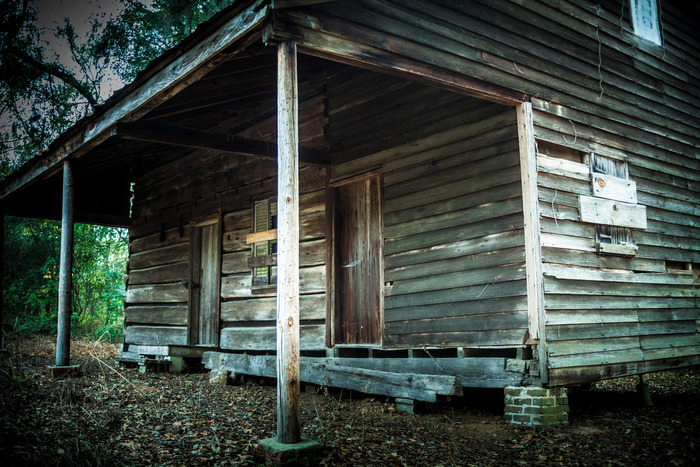 “This is a terrible idea for our neighborhood!” she continued in a message sent to Lucie’s Place earlier this week. “If this passes, I will make it my personal mission to get all of our neighbors involved in disclosing the location of this home to anyone that we can and fighting the forward motion of this plan.”

Penelope Poppers, executive director of Lucie’s Place, says that organizers had a choice: Take the threat seriously or ignore it and cross their fingers nothing came of it. Lucie’s Place withdrew their proposal.

“We didn’t want to have an incident happen that we could have prevented,” Poppers tells INTO.

Meanwhile, 11 bills targeting queer and trans people were proposed during the 2017-2018 legislative session, including a bathroom bill. All failed to become law, but Poppers says this legislation sets a tone for the state.

“We’re constantly reminded as LGBTQ people in the South that a lot of people don’t view our lives as valid or want us to be here,” argues Poppers in a phone interview. “When you hear all day every day that your life isn’t meaningful, it has a way of empowering people to take that to heartand to make your life difficult.”

The youth who come to Lucie’s Place, most of whom are non-white, are facing numerous hardships. Many are forced out of their homes by their parents and have nowhere else to go.
The shelter is the only dedicated LGBTQ center in the whole state.

Although need fluctuates from month to month, Lucie’s Place often struggles to keep up with the high demand for transitional housing in a city of 300,000 people. Poppers estimates that last month the center saw 10 to 12 youth (who are typically between the ages of 16 and 24) come through its doors.

Meeting their needs is a challenge when Lucie’s Place boasts just 1,100 square feet in total.

“Four beds just isn’t enough,” Poppers says. “That’s the fact of it. When we get 12 beds, that’s when we feel we’ll get closer to meeting the needs that we experience on a day-to-day basis.

That extraordinary need is why Lucie’s Place has no choice but to find another neighborhood that can accommodate. On the day Poppers spoke to INTO, the center was already meeting with realtors to move on an alternative location. She says that organizers “don’t have the luxury” to wallow over setbacks.

“If we spend a lot of time thinking about all the negative stuff, nothing would ever get donebecause there’s so much negative stuff that happens,” Poppers claims.

Lucie’s Place, which runs a drop-in center with job training and hangout space at its current location, hopes to find a home that can house seven or eight more beds. The center’s goal is to be able to provide emergency housing in addition to transitional residency. Youth can stay at Lucie’s Place for up to a year.