Last night, the New York LGBTQ community and its allies held a rally in response to Trump’s tweets announcing that federal government “will not accept or allow transgender individuals” to protect and serve the country anymore.

This emergency rally against the reinstatement of a ban that President Barack Obama dissolved in 2016 was held at the U.S Army and Career Center the evening after his announcement.

And within just a few hours of notice, hundreds of people formed a passionate and cohesive crowd to tell the world: trans people are not a burden. 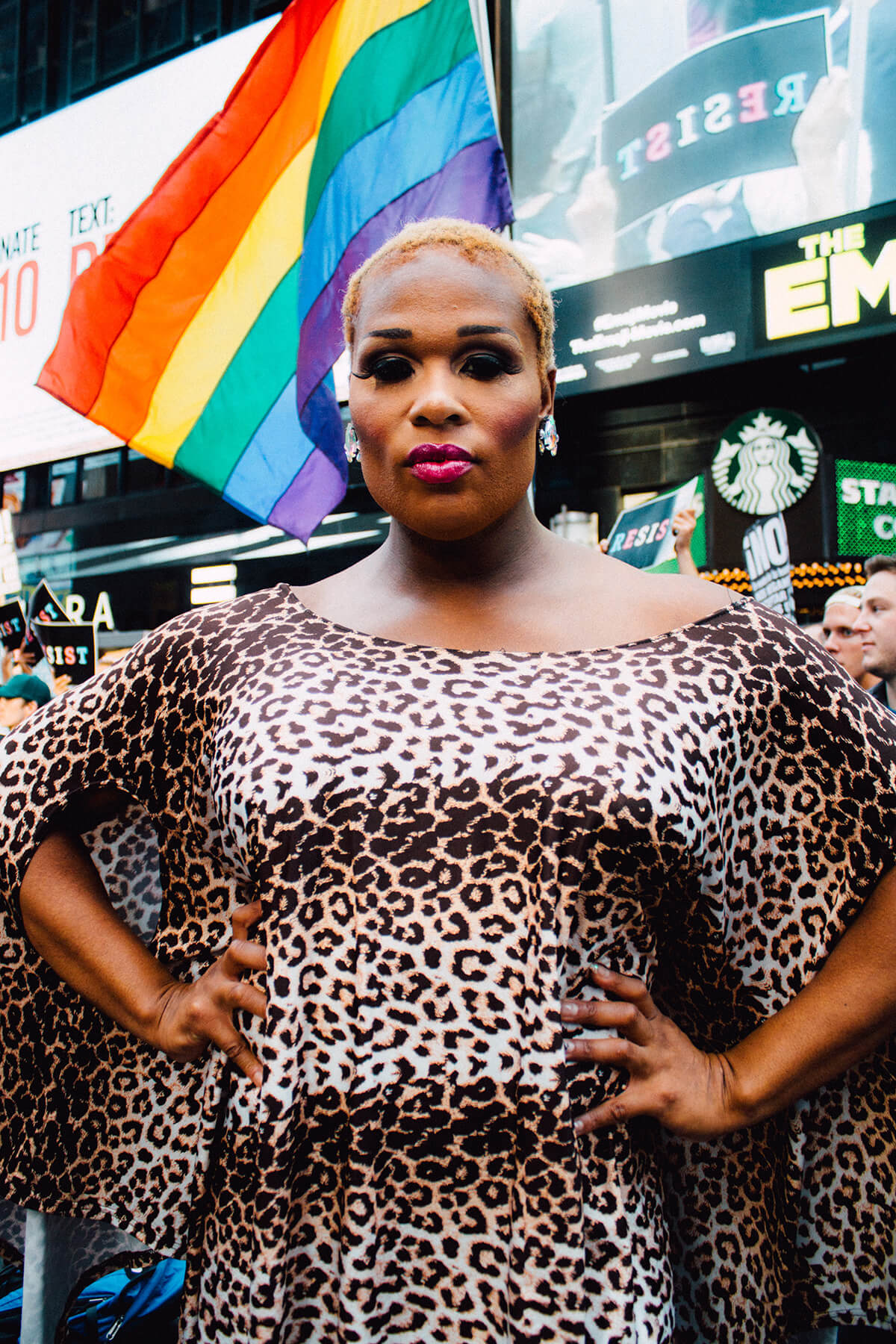 Addressing the hundreds of LGBTQ people and allies in the crowd, the openly transgender activist expressed a hopeful message: “I been traveling the world and guess what ladies and gentlemen! People around the world and around our country do not hold the same thoughts this person tweeted out this morning.”

“They hold love and they hold openness and they cherish us,” she continued. 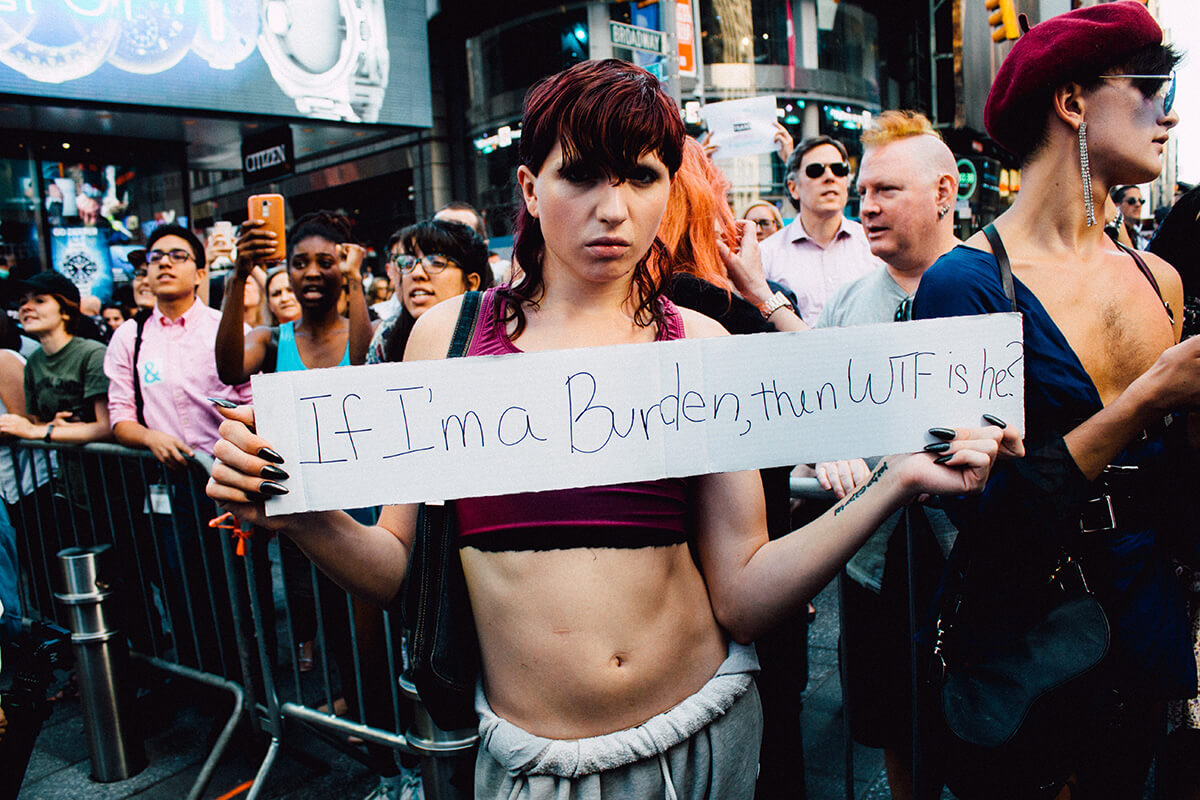 Actress, model, and general downtown superstar, Gia Garrison, made waves at the rally with a sign referencing another Trump tweet that stated the military “cannot be burdened with the tremendous medical costs and disruption that transgender in the military would entail.”

Gia’s sign pushed us to question: if transgender people are a burden, then what is Trump? 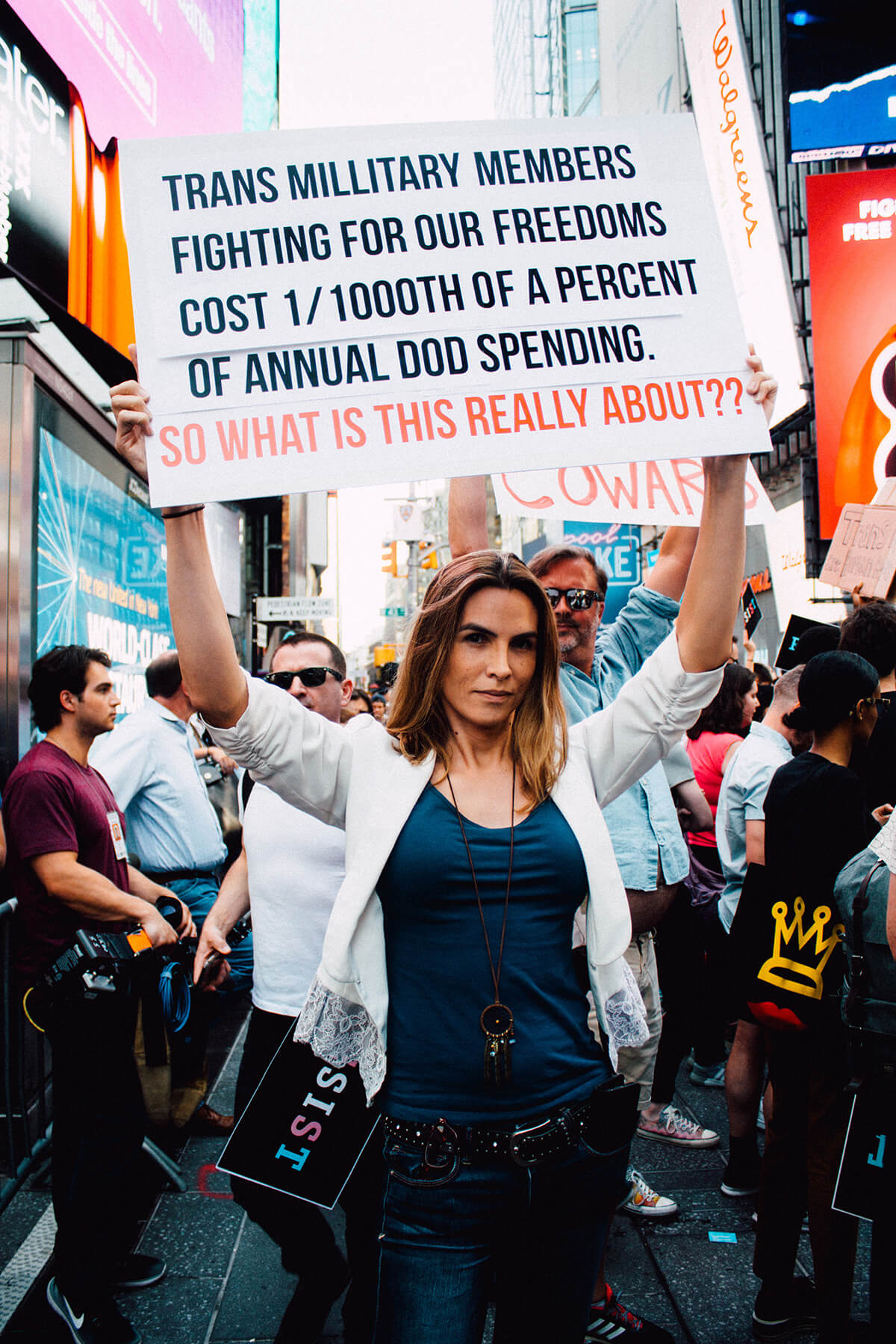 In June 2016, the Rand Corporation released a landmark study that estimates medical services for transgender people in the military will cost between $2.4 million and $8.4 millionout of a $6.2 billion medical budget for the entire military.

That cost is not only miniscule compared to the total military budget, but is also ⅕ of what the military spends each year on Viagra for service members, according to the Washington Post. 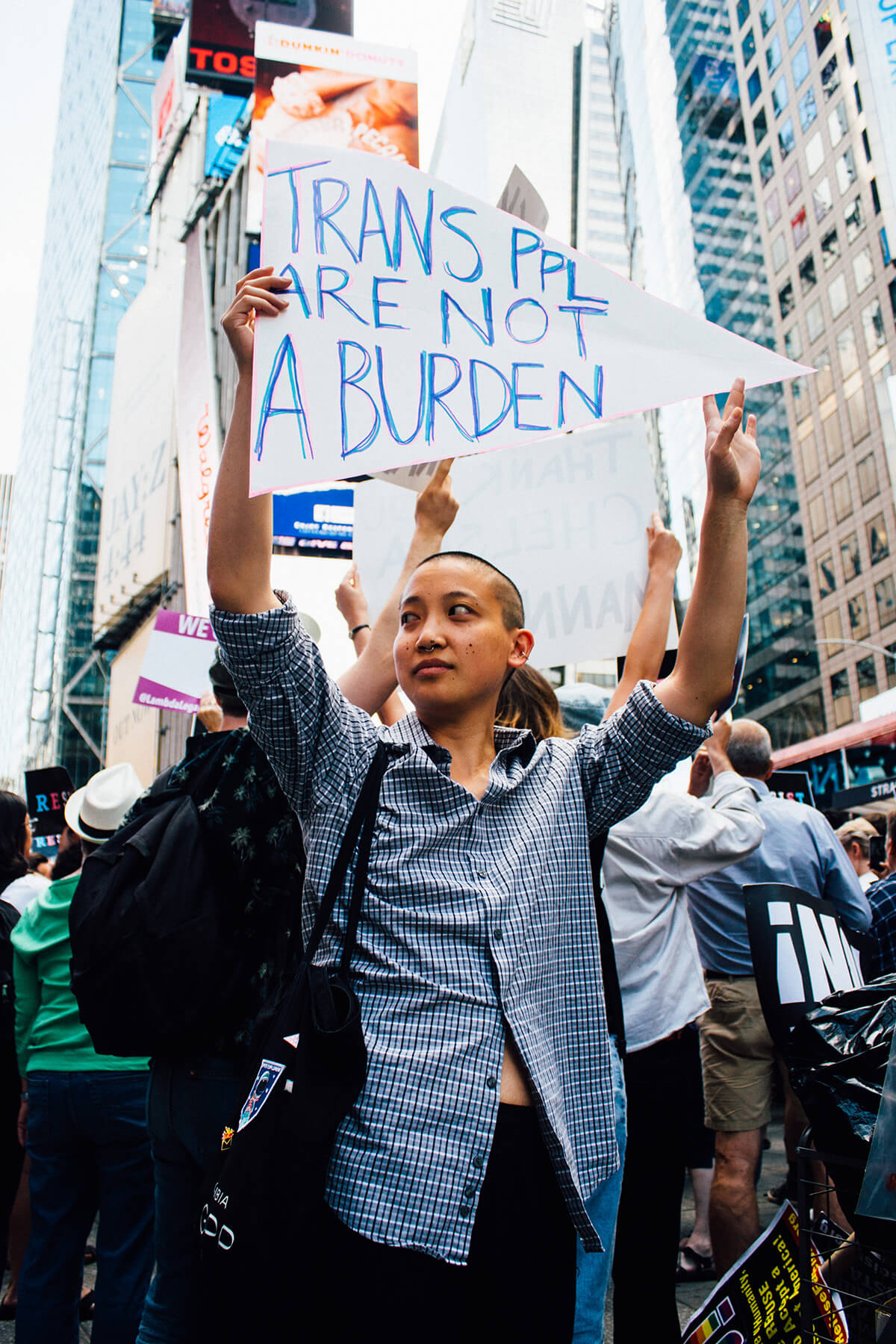 A large portion of the crowd’s anger and motivation to hit the streets was bred from confusion.

In typical Trump fashion, the President tweeted a controversial and complicated policy change with no framework to implement it. Many people at the rally, and the service members directly affected by this potential change, found themselves wondering if transgender individuals currently serving would be forced out of the army.

When asked for clarification on that issue, White House press secretary Sarah Huckabee Sanders had no concrete answer. However, a report from Politico earlier today stated that until further guidance is provided by the White House and Department of Defense, transgender people openly serving in the military would continue to be allowed to do their jobs. 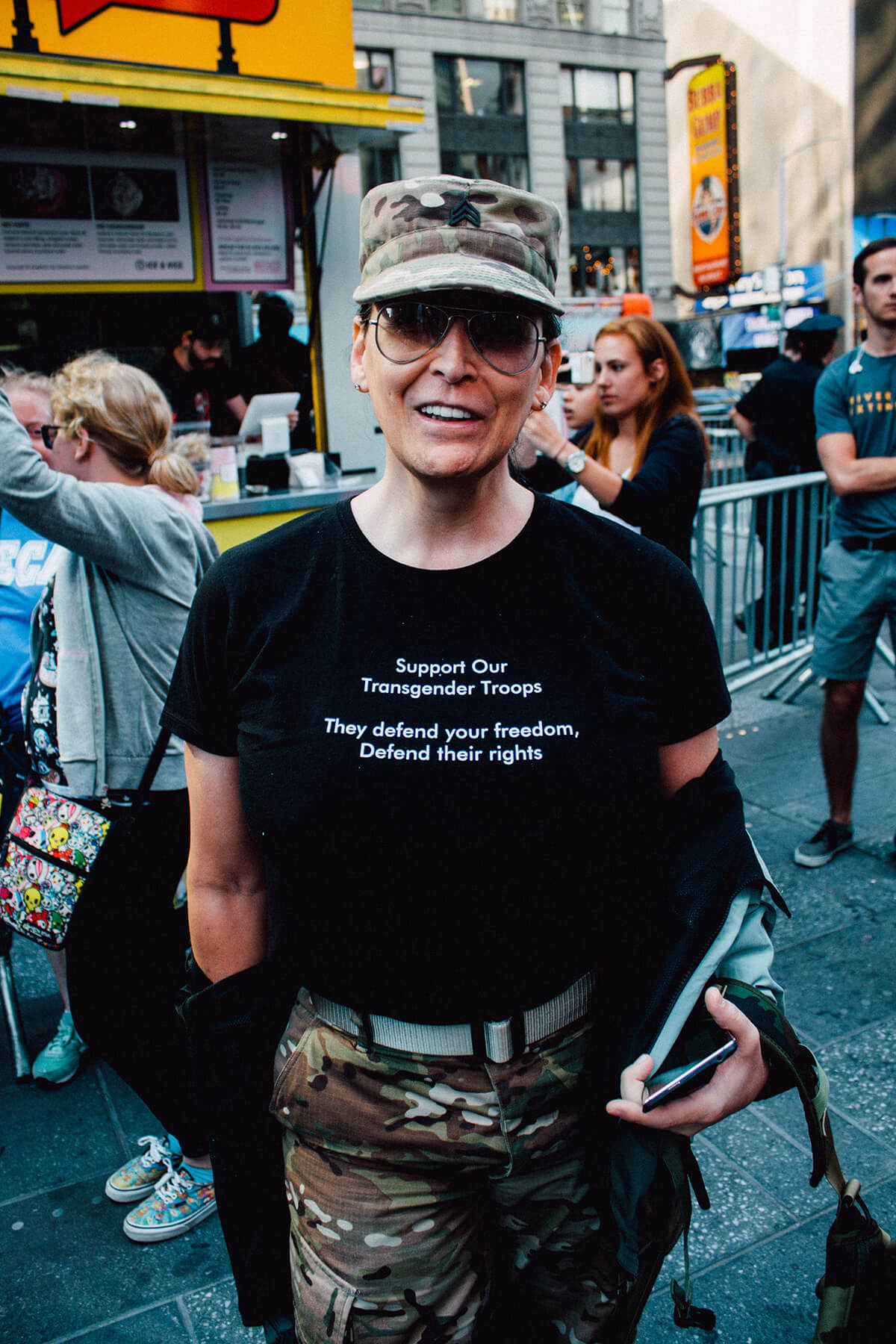 Another point of anger widely expressed online and at the rally is that Trump deferred from the Vietnam draft five timesfour times for education and once with a note from a doctor saying he had heel spurs.

A woman at the rally said to me, “Here is a man who avoided going to war on five separate occasions. How dare he tell somebody who volunteers to serve that they cannot because of the gender assigned to them at birth.” 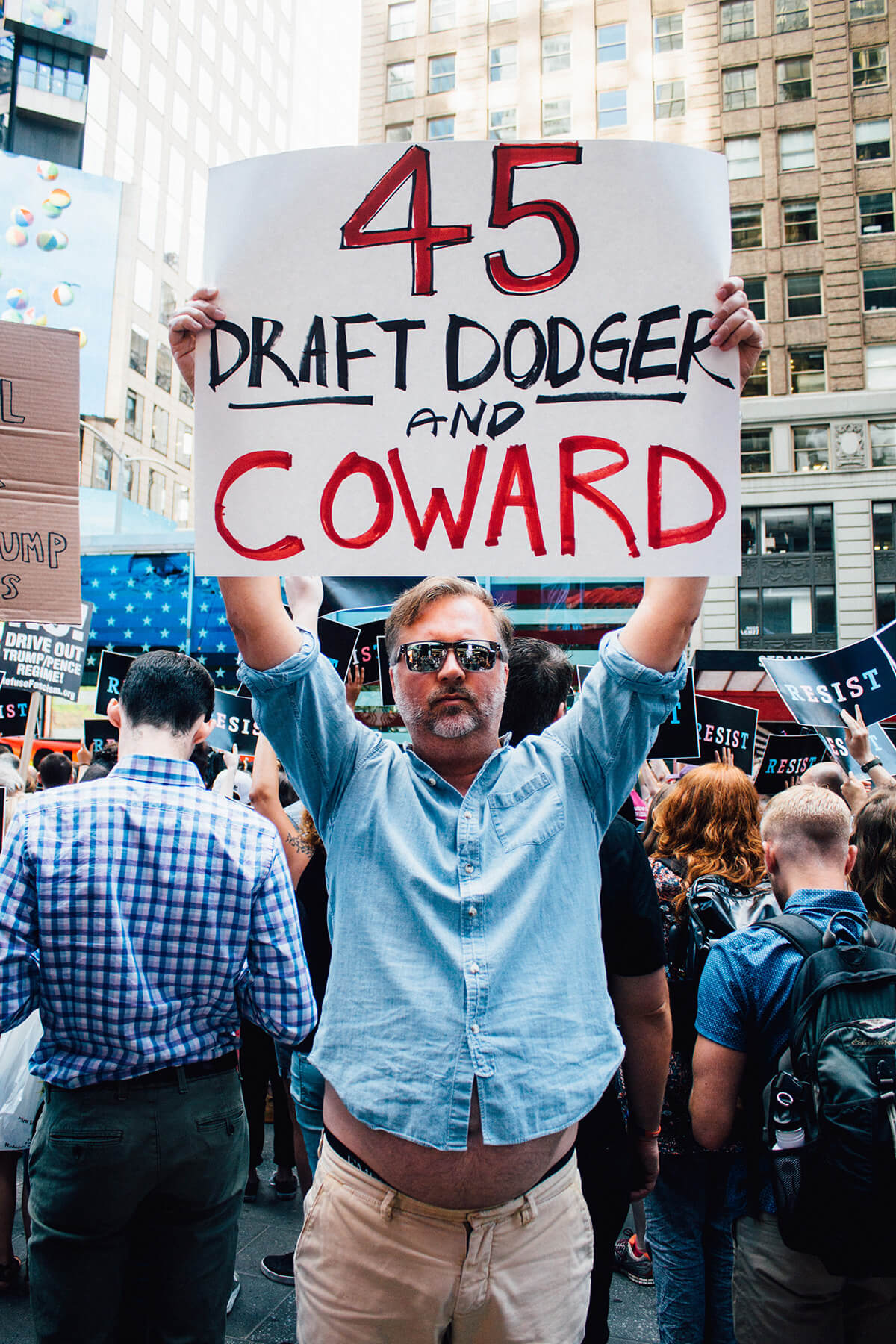 Former United States Army soldier and transgender activist, Chelsea Manning, who recently had her sentence commuted by President Barack Obama, referred to the ban as cowardice.

She also used the opportunity to suggest that America “dismantle the bloated and dangerous military/intel/police state to fund health care for all,” and mocked the fact that the world’s wealthiest army couldn’t afford the comparatively modest costs to fund healthcare. 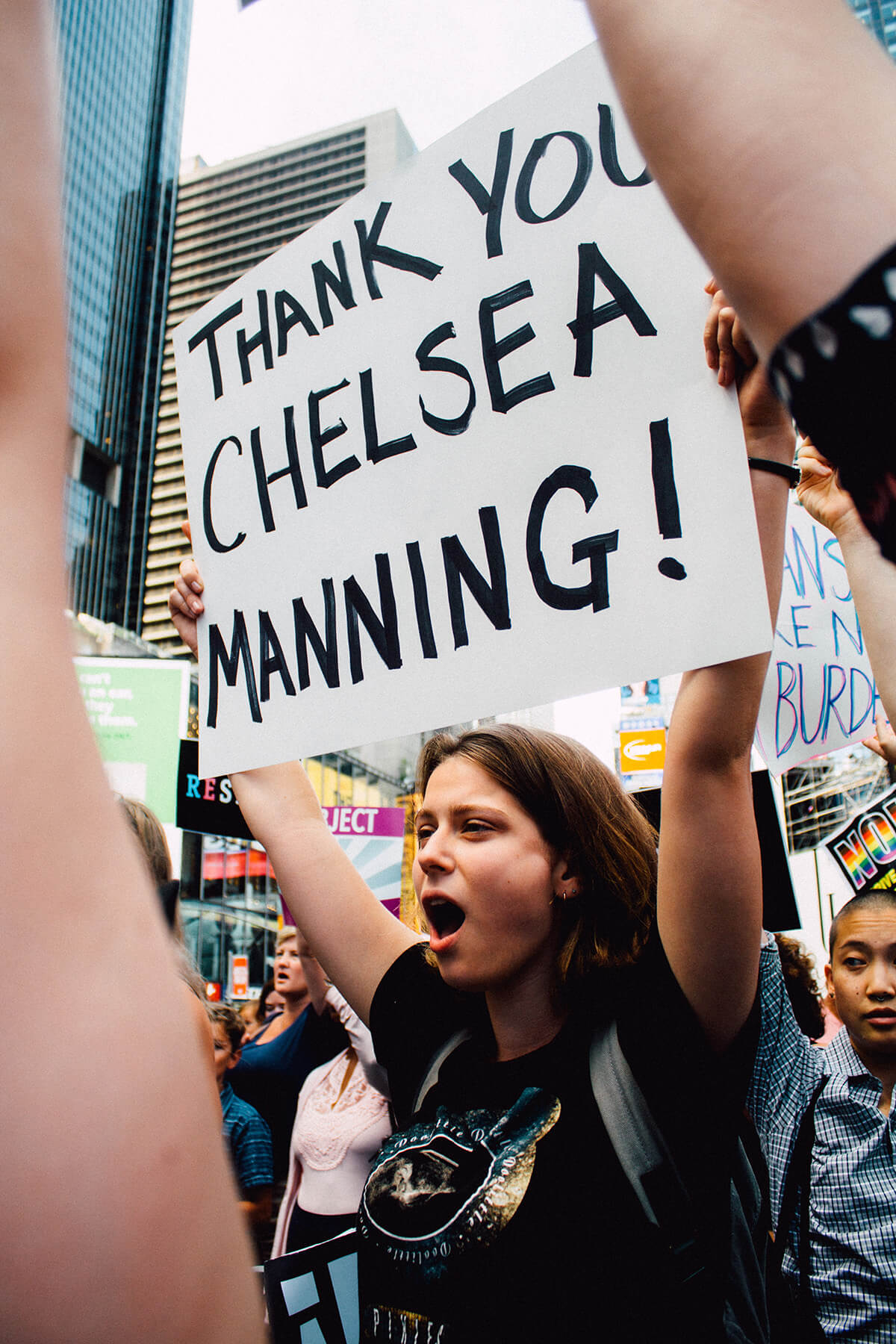 At the rally I saw women kissing, men holding hands, and genderqueer and transgender people chanting, cheering, and hugging. The message to Trump and the world was clear: when you come for the T you also come for the LGBQIAAand we are NOT going anywhere. 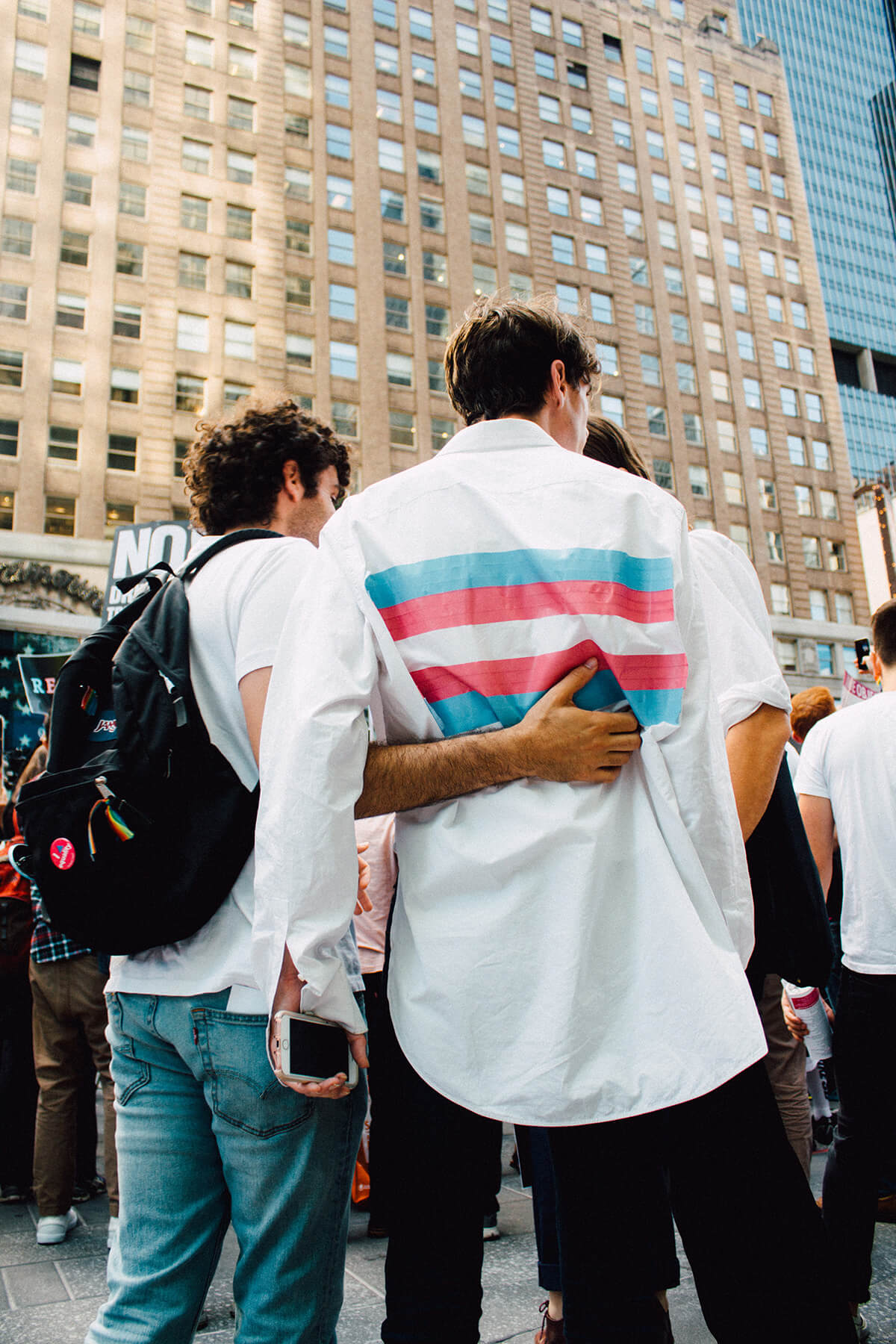 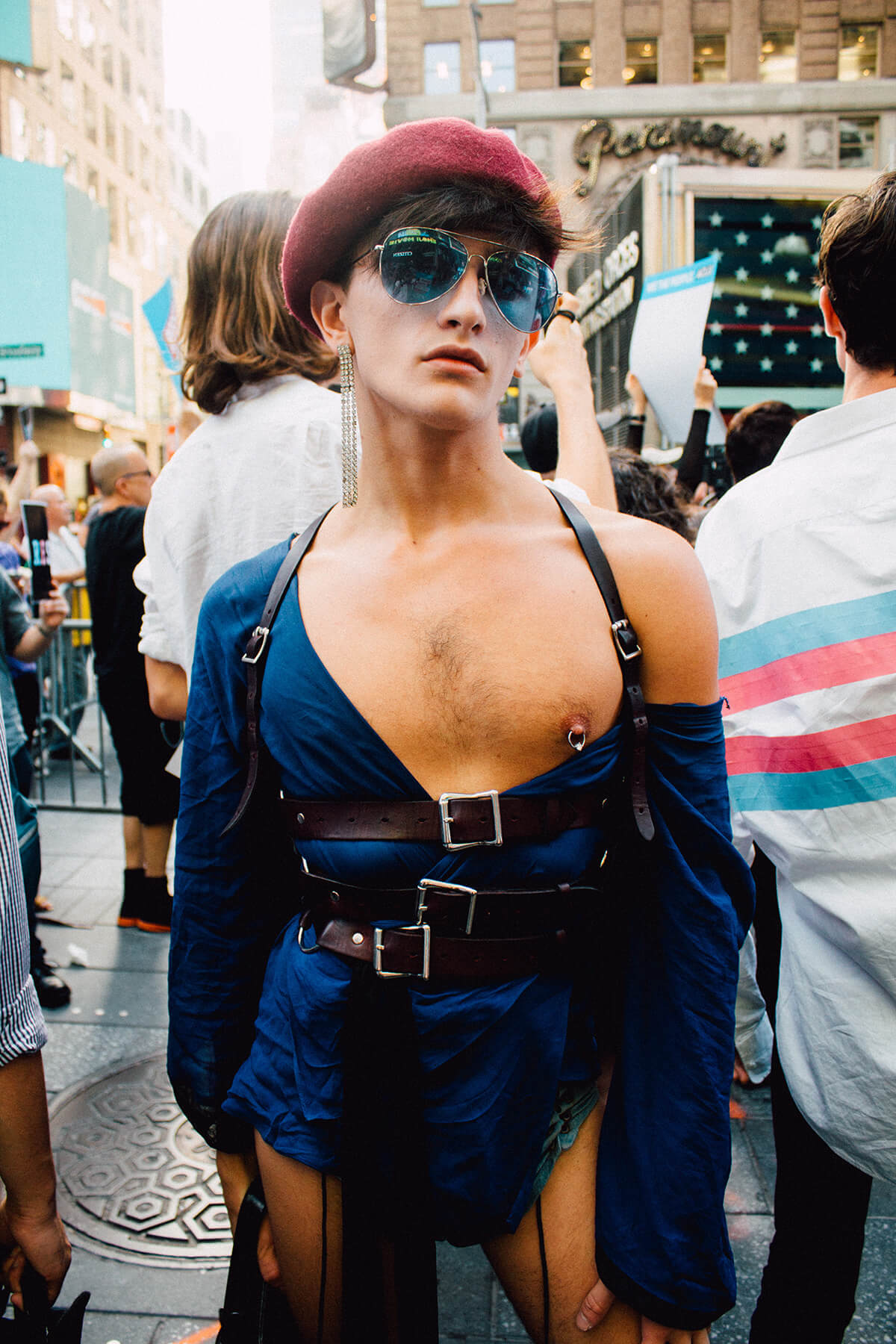 In the current political climate, it feels like every day brings a fresh horrorand every week a different protest mobilizes in response.

While I am furious with my government, I continue to feel proud to be part of a community that shows up for each other. I went to bed thinking about a quote by Elie Weisel: “There may be times when we are powerless to prevent injustice, but there must never be a time when we fail to protest.”

And we are not failing yet. 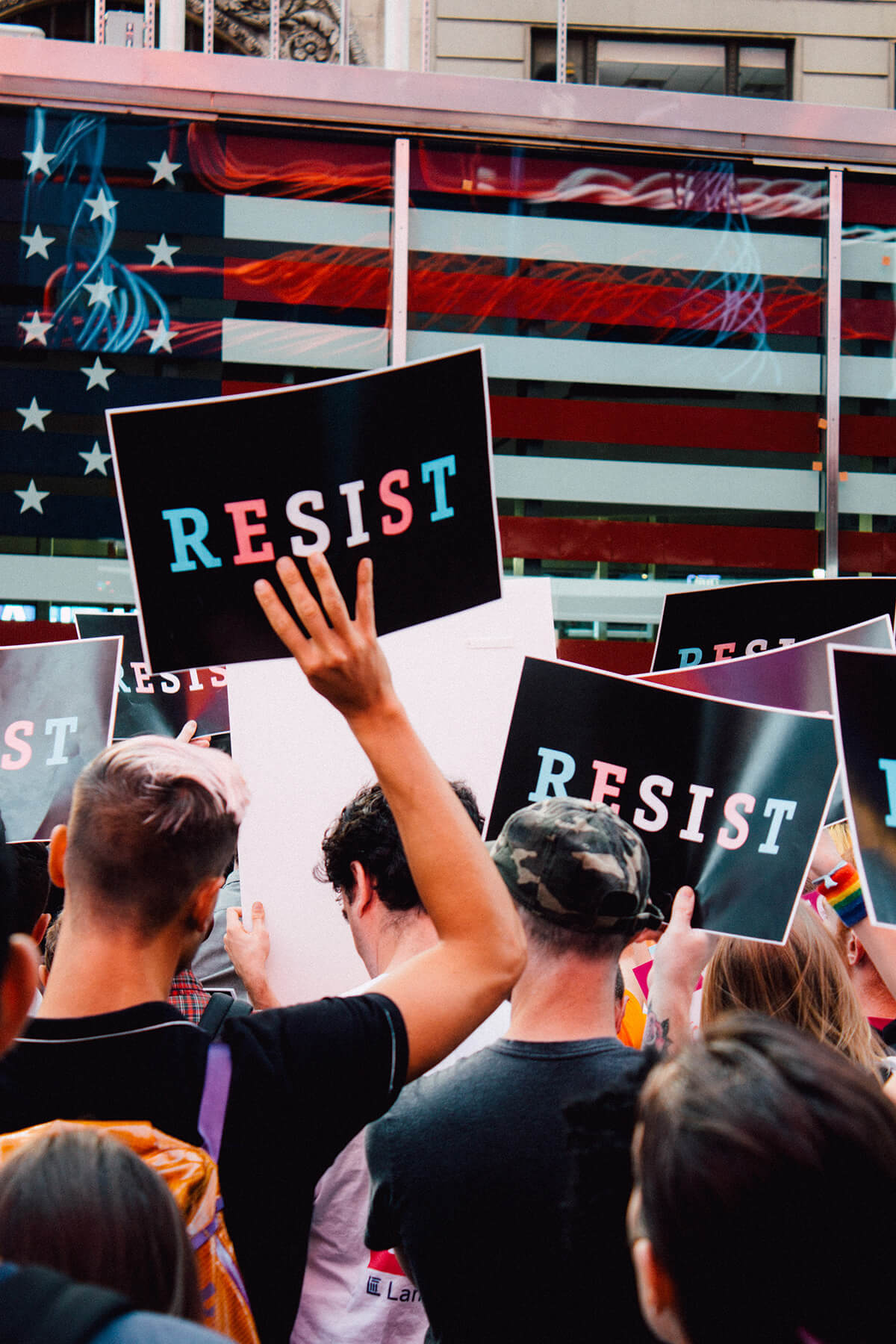