The owner of Pulse nightclub, Barbara Poma, is looking for a place to relocate the venue, which became the site of a shooting on June 12, 2016, that led to the death of 49 clubgoers, the Orlando Sentinel reports. According to the Sentinel, Poma’s search comes just as the first town hall regarding a memorial approaches on September 13. 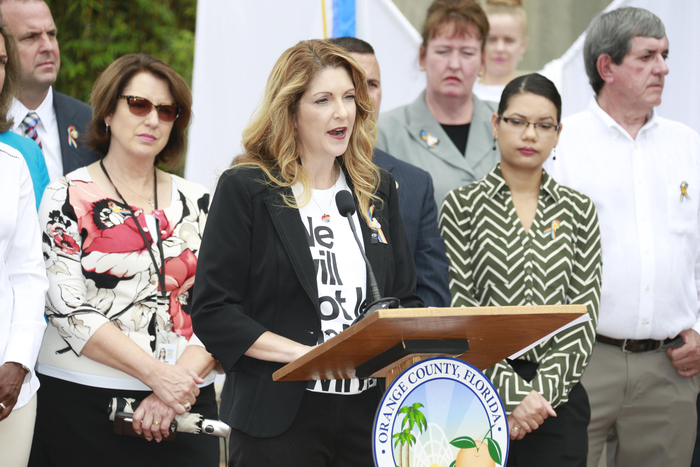 Many in the community will be happy to see Pulse, a space for queer Latinx people, to return. Of those killed in the Pulse massacre, 90% were Latino.

“It creates more spaces more affirming spaces for a community that doesn’t feel like it has many,” Christopher Cuevas, the founder and executive director of QLatinx, an advocacy and support organization for queer Latinx people that formed in the tragedy’s aftermath, told INTO. “That space is gone, but with it coming back, it opens up more visibility.”

The road to re-opening Pulse has been a long one. According to the Sentinel, Poma briefly entertained the idea of opening the club again on the same site. At one point, Poma was set to sell the club to the city of Orlando, but had a last moment change of heart.

Currently, plans include building a memorial and possibly a museum.

“This project is not about replacing a building or a fun hangout for the gay community,” Jason Felts, a board member of onePulse Foundation, said in May. “This project is about healing Central Florida, the GLBT community, the Latino community.”