Your Pride merch may not have the most prideful origin story, according to the New York Times.

According to a new report, popular LGBTQ pride merchandise from retailers like Target, H&M, and Primark are manufactured in countries where queer people still lack basic rights.

For instance, according to the Times, Primark’s clothes are made in China, Turkey, and Myanmar, countries with a less-than-sterling LGBTQ rights record. Turkey currently has no protections in place for its LGBT citizens against discrimination, including in the workplace. In Myanmar, it’s still illegal to be gay.

“One of the Primark T-shirts printed in Myanmar says ‘Love Is Love,’” Steve Taylor, a board member of the European Pride Organizers Association, told the Times. “Well, no, it’s not if you live in Myanmar.”

In a company statement to the Times, Primark said it takes LGBT rights “very seriously” and that it would donate 20 percent of its Pride product sales to Stonewall, Europe’s largest LGBTQ charity.

According to Stonewall, money from the partnership will fund its international work, including in Turkey. 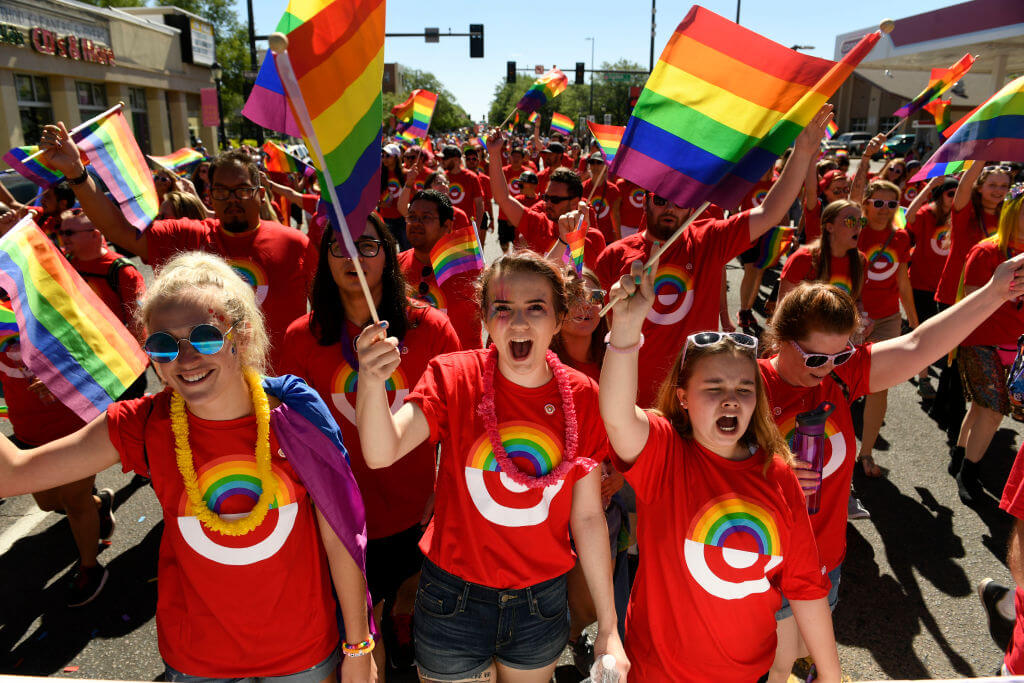 Likewise, retailer H&M gets its Pride merchandise from China, Turkey Bangladesh, and India. In both Bangladesh and India, homosexuality is illegal.

“We have made products in these countries for a long time,” an H&M representative told the Times. “This collection is made by suppliers we have worked with for many years.”

H&M has partnered with the United Nations Free & Equal campaign for its Pride collection. A spokeswoman for the United Nations Human Rights Office, Ravina Shamdasani, said the office does its “due diligence to make sure we’re not partnering with companies that are complicit with human rights violations.”

According to the Times, Shamdasani intimated that getting the clothing made in a place where homosexuality is illegal could be seen as a gateway to more human rights.

“I’m by no means implying that it’s a revolution,” Shamdasani said.

Meanwhile, retailers probably don’t see a deterrent from the current model. According to Amber McCasland, a spokesperson for Levi Strauss, whose pride merchandise is made in China, India, Madagascar, and Mexico, “So far, it looks like this year is selling at twice the rate of prior years.”

Images via H&M and Getty