Brazilians are calling for justice after Rio City Councilwoman Marielle Franco was gunned down in what many believe was a targeted assassination.

Franco was leaving a black women’s empowerment event on Wednesday evening when nine shots were fired from an unidentified automobile. Five of the bullets struck the 38-year-old in the skull. Her driver, Anderson Pedro Gomes, was also killed in the attack, but her press secretary survived the horrific drive-by shooting.

The assailants are believed to be two men, but their identities are unknown at the current time.

Franco, who reportedly identified as a lesbian, leaves behind her girlfriend and 19-year-old daughter. As a first-term member of the city council, she proposed the creation of Lesbian Visibility Day to raise awareness about the issues facing queer women in Brazil, where an LGBTQ person is murdered every 28 hours. That initiative was voted down.

The leftist politician was widely known as an advocate for Brazil’s most marginalized communitiesa voice who represented change and hope. 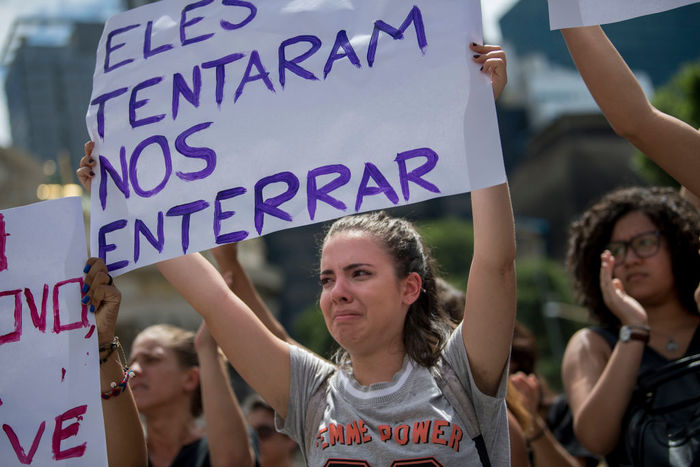 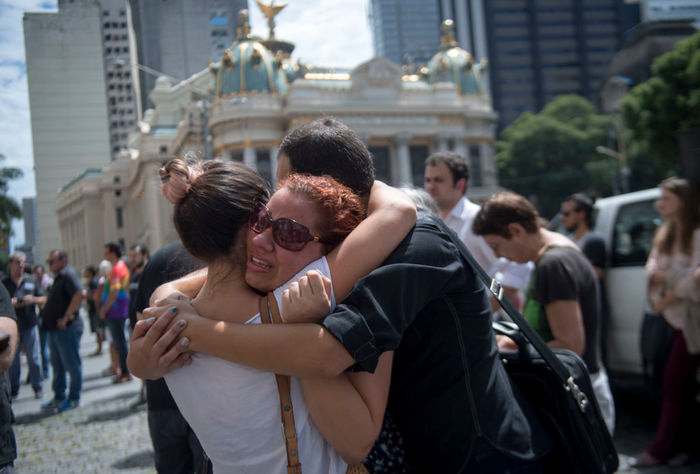 Franco grew up in a favela in Maré, one of the most impoverished and deadly slums in Rio de Janeiro. The district is so violent that when City of God debuted, residents of Maré criticized the film as too “soft” in depicting the violence residents experience every day. One local recounted to The Guardian an incident in which a sex trafficker was disemboweled and drug through the streets.

Those experiences only fueled her work advocating for those who live on the margins of society.

The councilwoman called attention to the widespread police brutality waged against residents of Maré and other shantytowns in Brazil’s second-largest city. Over 900 people were killed at the hands of Rio’s law enforcement in 2016, and that number increased to more than 1,000 last year.

In February, Brazilian President Michel Temer handed over control of Rio’s police forces to the military. Franco was a vocal critic of that proposal.

One of a handful of women on Rio’s 51-person city council, the politician tweeted about the killing of Matheus Melo just hours before her death. Melo was gunned down as he was leaving church, she claimed in a March 13 post.

“How many more will have to die for this war to end?” she asked.

The curious timing of Franco’s murder has led many to call for a full police investigation into her death. The global human rights groupAmnesty Internationalurged law enforcement to identify “the context, motive, and responsibility” for her killing, whileHuman Rights Watchpleaded for “rigorous accountability” for the two gunmen behind the attack.

Openly gay journalist Glenn Greenwald, who resides in Brazil with his husband,referred to Franco’s untimely deathas a “hideous loss” for the country.

She was @MarielleFranco: a black, LGBT woman raised in one of Rio’s poorest favelas, became a human rights activist, joined the socialist PSOL party, was elected in 2016 with a massive vote to Rio City Council. A hideous loss, & the possibility of assassination is real & chilling https://t.co/D0Mkt7S4Jz

“Every now and then you meet someone in politics that makes you believe that the whole thing is worth it, despite all the dirt and decay and corruption that drowns it, that it can actually improve things for people,” he said in a Wednesday tweet. “Marielle Franco was one of those peoplefor so many.”

“It’s staggering, and a chilling reflection about Brazil today, that they thought they could do this with impunity,” Greenwald added.

Since news of Franco’s killing broke earlier this week, there have been numerous protests across the country. Public Security Minister Raul Jungmann has promised federal authorities would assist in the investigation of her murder.