A Russian woman’s petition to adopt two foster children was denied after officials claimed her breast reduction surgery means she is transgender.

Social workers in Yekaterinburgthe fourth-largest city in Russiaremoved two children with disabilities from the home of Yulia Savinovskikh last August. Local officials had received complaints she was engaging in “immoral behavior,” pointing to a blog in which Savinovskikh discussed transgender issues.

Authorities claimed Savinovskikh was planning a gender transition, claiming the decision would hinder a “traditional” childhood for the boys in her custody.

But Savinovskikh claims she is not transgender. The 40-year-old says she created a fictitious blog in which she wrote from the perspective of a trans man to prepare for a breast reduction surgery and cope with the changes in her body. Savinovskikh previously told the BBC she opted for the operation after three pregnancies because she was “tired of coping” with large breasts.

“Physically it was really tough, my back was aching at night, and in the morning,” she told the news outlet in November.

A series of courts have rejected Savinovskikh’s claims, denying that she is a cisgender woman. In February, a district court in Yekaterinburg dismissed an appeal to her case, claiming that her “self-identification as a male and her marriage to a man essentially contradict our country’s family law principles, the traditions, and mentality of our society.”

Savinovskikh is currently in a heterosexual marriage. Her husband, Yevgeny Sokov, has also been refused adoption rights to the two childrenwho have been transferred to an orphanage for children with disabilities. 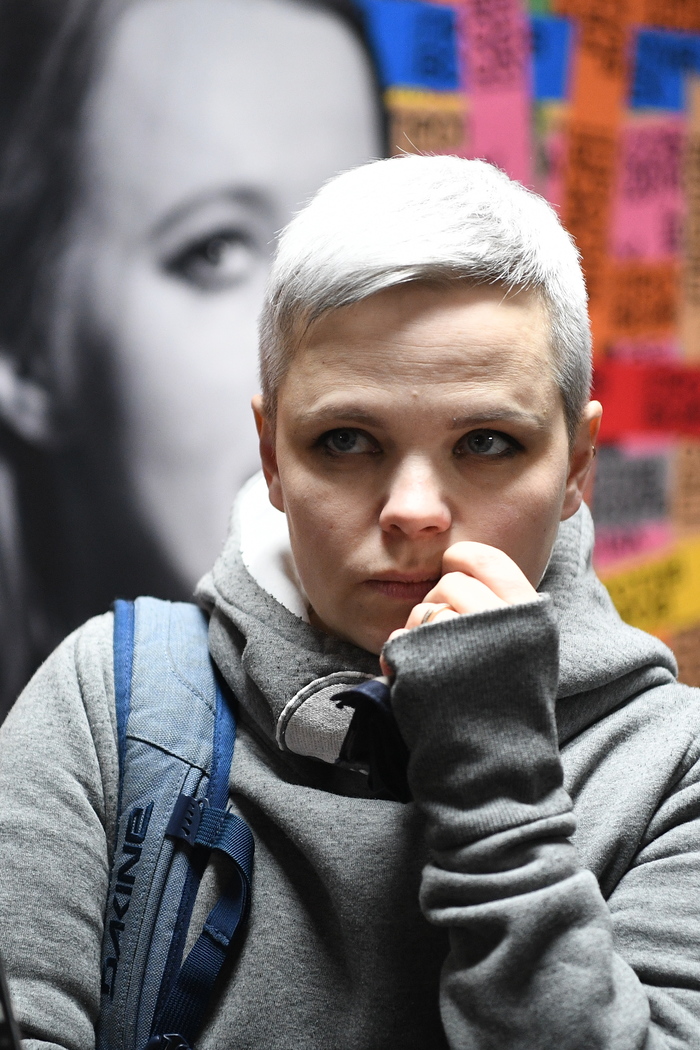 Human Rights Watch reports the childrenone of whom has cerebral palsymay be at serious risk for abuse in their current living situation.

Youth with disabilities placed in the custody of the state are frequently neglected and abused by care providers, as the advocacy group documented in 2014 report. Staff members at Russian orphanages were reported to have “used physical restraints to tie them to furniture, or gave them powerful sedatives in efforts to control behavior that staff deemed undesirable.”

Thus, advocates have called upon Russian officials to reverse the Yekaterinburg court’s decision.

“The Russian government should act in the children’s best interests, as human rights law requires them to do,” said HRW’s Kaitlin Martin in a statement, “and which the evidence demonstrates is not to have them in an institution but in a family-based environment where they will receive the support and nurturing they needlike they did in Savinovskikh’s care.

Attorneys representing Savinovskikh have vowed to continue lobbying to get the children back in her care.

Lawyer Alexei Bushmakov claimed a lawful procedure undertaken for her own health “cannot be grounds for such harsh action by officials.” He called the decisions unheard of and vowed to appeal to the European Court of Human Rights.

“It’s an absurd ruling,” Bashmakov told Radio Free Europe/Radio Liberty. “We were ready for anything but this.”

The moral panic by authorities over Savinovskikh’s breast reduction is continued fallout from the 2013 passage of Russia’s anti-gay “propaganda” bill forbidding the spread of information on “nontraditional sexual relationships to minors.” That law has led to a widespread crackdown on LGBTQ peopleor anyone suspected to be queer or transgender.