A LGBTQ rights activist in Russia will face trial Monday after being charged with violating the country’s homosexual propaganda laws.

Evdokia Romanova, a staff member at the Samara Regional Public LGBTQ Movement (known locally as “Avers”), was called in for questioning by local authorities on July 26. Samara police said that she was a witness in an ongoing investigation, but Romanova hadn’t heard of the incident she was alleged to have seen take place.

When Romanova went down to the station, law enforcement officials told her why she was really there. They claimed she had contravened Article 6.21, a law that bans spreading “propaganda of non-traditional sexual relationships to minors.”

Officials pointed to news articles Romanova shared earlier this year from The Guardian and BuzzFeed, as well as a post linking to the website for the Youth Coalition for Sexual and Reproductive Rights. Romanova, a long-time HIV/AIDS advocate, is a volunteer for the Ontario-based organization.

What’s particularly troubling about her encounter with police, Romanova tells INTO an interview, is that authorities inquired about her partner, who lives in Austria. Romanova’s Facebook page doesn’t state that she’s dating someone.

“This is really frightening,” says Romanova, who believes she has been monitored for some time. “It means they’re somehow accessing my online communication.”

Romanova’s case will be heard before the administrative court next week, where she could be fined as much as 100,000 rubles (or about $1,750). The 27-year-old says that the penalty is “a lot of money, especially for Russia.” If found guilty, Romanova would have to get support from human rights organizations to pay it off.

Equality groups have responded by universally condemning the case.

“The way the Russian propaganda law is written, it doesn’t even apply to a lot of the discussion of LGBTQ issues,” Gaylord says in a phone interview with INTO. “It purports to crack down on language promoting homosexuality, but the law is actually applied much more broadly. It’s used to crackdown on any sharing of information on LGBTQ issues.”

Although numerous queer and trans people in Russia have been charged with violation of the 2013 law, Svetlana Zakharova of the Russian LGBTQ Network says this case is a first. No one has been prosecuted for their social media activity before.

“This law is used to scare people and to prevent any public activities, online or offline,” Zakharova says. “We expect a new wave of such cases with the goal to silence people.”

Gaylord says that following international outrage over the persecution of gay men in the Russian province of Chechnya, advocates hoped there would be some “heightened sensitivity” around LGBTQ issues. But Romanova’s trial coincides with the disappearance of singer Zelimkhan Bakaev, who was believed to be gay. He was reportedly detained by police in August.

“It looks like these cases are going to keep coming on a regular basis,” Gaylord claims. “Russia is out of step with a lot of the rest of the world.”

Romanova couldn’t comment on the legal arguments that will be put forward in Monday’s trial, but she believes her case was a clear violation of her constitutional rights under Russian law. During her questioning, Romanova claims that police initially refused to allow her to see her case filein order to determine what she was being charged with.

She was eventually given access to the file “for five minutes” before it was allegedly taken away. 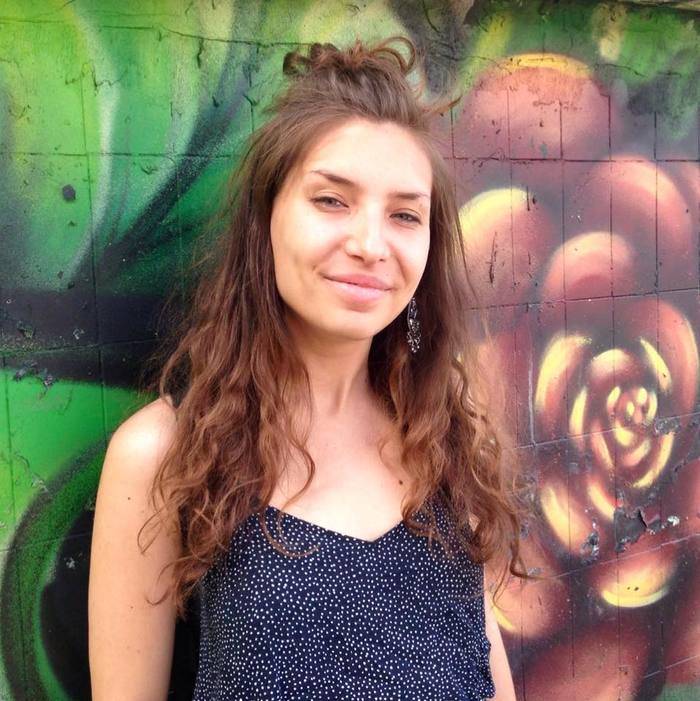 “My government is violating international legislation regarding the right to freedom of expression,” Romanova says. “It has been proven in the European Court of Human Rights. Freedom of speech is a human right. It cannot be taken away.”

In a nearly unanimous verdict, the European Court of Human Rights ruled in June that the homosexual propaganda law is tantamount to legalized discrimination. It stated that Article 6.21 “reinforces stigma and encourages homophobia, which is incompatible with the notions of equality, pluralism and tolerance inherent in a democratic society.”

President Vladimir Putin, who has defended the laws as preserving “traditional values,” has yet to comment on the ruling or Romanova’s trial.