Demonstrators with Gays Against Guns stormed the Hart Senate Office building around 12:30 p.m., as officers on the premises ordered them to “cease and desist.” Law enforcement officials told GAG members on three occasions that they were engaging in “unlawful conduct” before protesters were handcuffed and taken into custody. 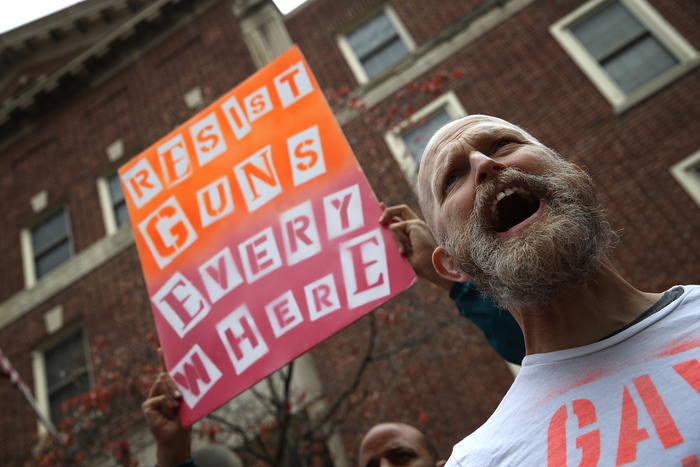 Murphy, a writer and HIV activist, told The Advocate that the seven GAG members were detained for a few hours before being released. He claims that they were slapped with a small $50 fine for the disruption.

Monday’s action was similar to others conducted by GAG since the 2016 Pulse shooting. The group was formed following the deaths of 49 people during the gay bar massacre, which was then the deadliest mass shooting in U.S. history. Some GAG members dressed in white veils, silent ghosts positioned outside the capitol building. Others chanted, “You’re killing us with money from the NRA!” and “How many more have to die?”

“These GOP lawmakers who take money from the NRA are literally killing this country with their refusal to push gun controls like those we demanded today,” Murphy said in a statement. “We’ll continue to haunt them as long as they stand by silently while more AR-15-assisted massacres take place.” 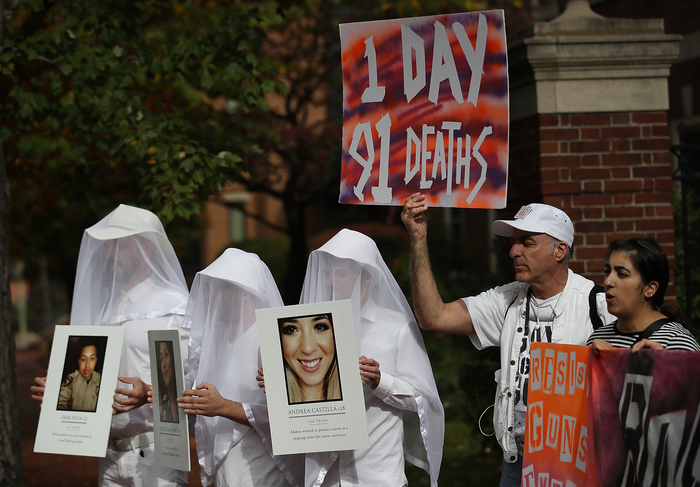 The die-in was reportedly planned weeks before the deaths of 26 people on Sunday, when a shooter opened fire on worshippers at the First Baptist Church in Sutherland Springs, Texas.
Victims included the pastor’s 14-year-old daughter.

The tragedy was the most lethal mass shooting in the state’s history, as well as the deadliest since a gunman fired on a crowd gathered at a country music festival in Las Vegas. The Oct. 1 shooting resulted in the deaths of 58 people, breaking the record of fatalities set by Orlando just over a year earlier.

In addition to furthering an overdue conversation on gun control, GAG hopes to advocate for specific reforms. The group supports a recently introduced bill by Sen. Chris Murphy (D-Conn.) that would expand background checks, as well as an assault weapons ban long proposed by Sen. Dianne Feinstein (D-Calif.). GAG is also lobbying the Centers for Disease Control to begin researching gun violence as a “health crisis.” 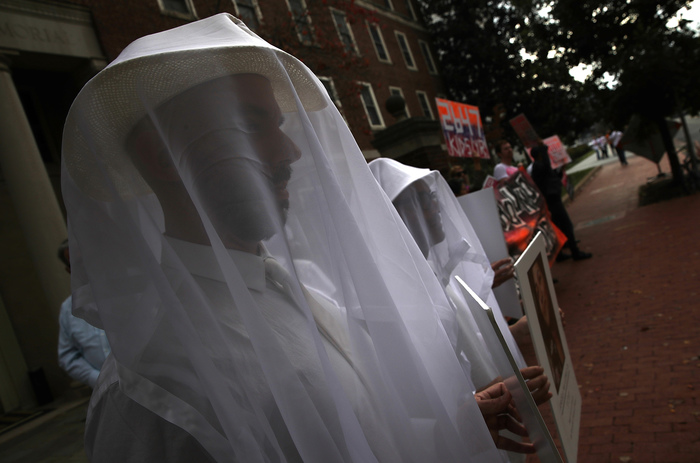 But the organization also wants to see Americans take action ahead of Tuesday’s special elections.

“I hope today’s action inspires the 94 percent of Americans who support background checks to hold their elected officials accountable in more demonstrative ways,” said Grauwiler in a press release.