Ever feel like your hate just isn’t public enough? One group of neo-Nazi youth in Melbourne, Australia found a way to make sure their hate was put on display.

As reported by Gay Star News, a group called The Antipodean Resistance, which describes itself as “Hitler’s Youth,” hung posters that said “Happy AIDS Month” throughout Melbourne. The poster depicts a sickly looking person holding a protest sign saying “What are you doing about AIDS?” with a pride flag background. Above the man were statistics about HIV and STIs among gay men.

“Gays are a walking disease,” the poster says.

“Our city is one of inclusion and should be a place where everyone feels safe to be who they are. It just goes to show how far we still have to go in the fight for equality,” she said. 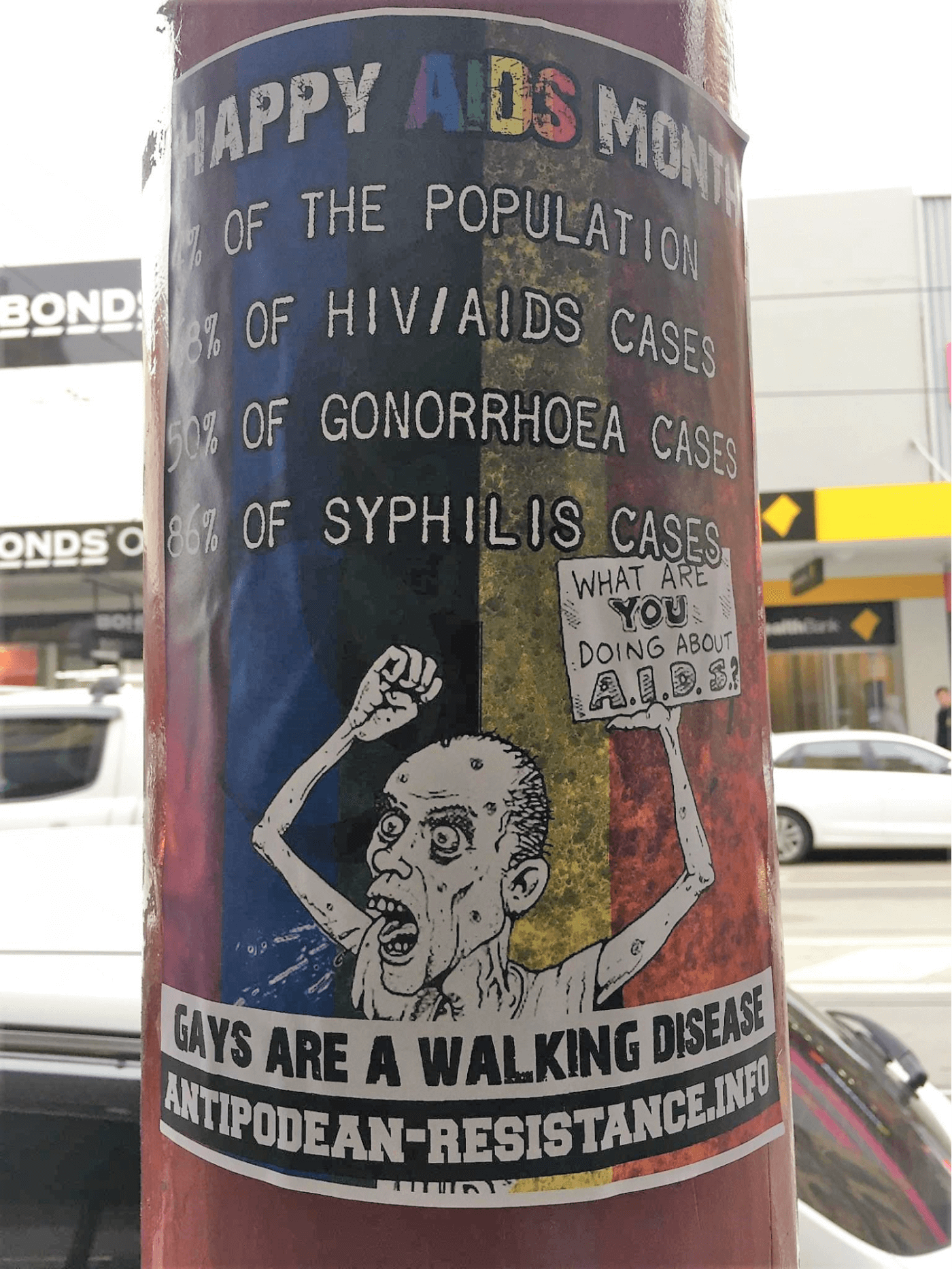 Police are currently investigating the posters.

According to Gay Star News, the group has a history of homophobic actions. Last year, they stuck homophobic stickers around a university campus in Tasmania.

On Twitter, Nic Holas, the co-founder of Australian AIDS advocacy organization The Institute of Many spoke about how people living with HIV are often the target of homophobes.

“Posters go up, and we tear them down,” Holas said. “If we can’t rip them off walls, them we scrub them from your minds by being more than ugly propaganda. We are flesh and blood and we are in front of you, and we’re not going away.”

People living with #HIV are often the go-to for homophobes. Which is nothing new. Five years ago, I would have been more surprised to see something like this on the streets, but not today. HIV was one of many justifications as to why people should vote no during the postal survey

We've worked so hard these last few years to remind people that we are still here, that we continue to suffer. No longer from AIDS-related conditions), but from fear & ignorance. Visibility makes you a target, but I wouldn't take back the last few years to avoid a few posters.

Posters go up, and we tear them down. If we can't rip them off walls, them we scrub them from your minds by being more than ugly propaganda. We are flesh and blood and we are in front of you, and we're not going away.