New doubt has been cast on the widely-reported story of a transgender tennis played denied entry to the 2019 Special Olympics.

Earlier this week,Zach Brookes of West Midlands of Englandposted a video highlighting his disappointment that Special Olympics Great Britain (SOGB) had rejected his application because he is transgender.

“It hurt me from the inside and outside,” Brookes says. “I don’t understand why you put my transition as a negative barrier of my representing and playing for my country and for my team.”

Brookes told Pink News that the organization was not “allowing me to present myself in case they make accusations of me being presented as fake male to their system during the games. I am not allowed to be in a room with group of lads in the team for health and safety reasons.” (The story no longer appears to be online).

Other media reported that SOGB rejected Brookes’ bid because he was taking testosterone and because they feared for his safety in at the games in Dubai (the games will be held in Abu Dhabi).

But Chris Hull, a spokesperson for SOGB, says the story is simply untrue.

According to Hull, Brookes was among nearly 400 athletes who applied for just 129 positions on the team headed to Abu Dhabi in 2019.

Hull says he is disappointed that not a single media outlet reporting Brookes story contacted SOGB or Special Olympics Globally to confirm the report.

SOGB also released a statement from Brookes that recants his claim and apologizes for jeopardizing the SOGB’s reputation.

“I was very disappointed that neither myself or any of my friends got chosen and decided to vent my frustrations and make unfair claims about my selection without any thought to the consequences of my actions,” Brookes purportedly says. “I have never spoken to any employee or anyone on the board at Special Olympics about my non-selection and the transgender issue.” 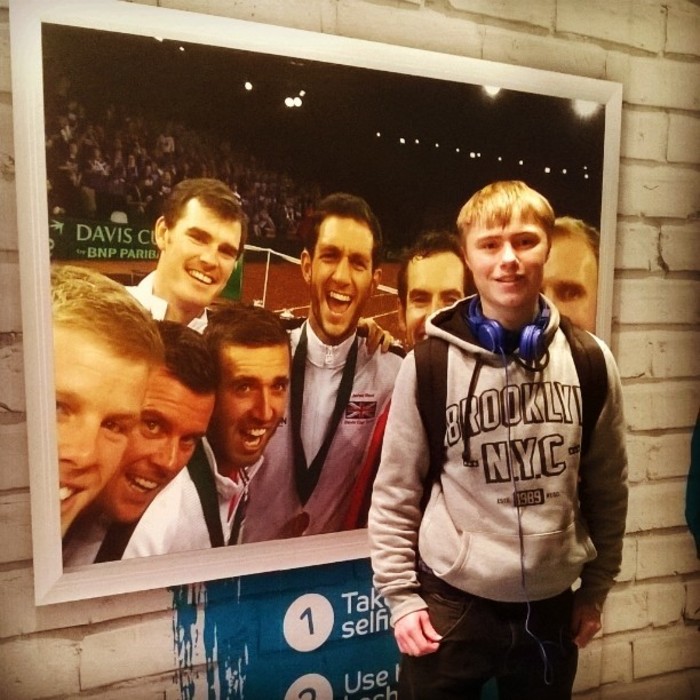 Brookes, reached via his Facebook, declined to speak for this story or confirm that the statement came from him. He said he had been in trouble for his comments and did not want to further criticize the organization.

“I’m sorry, I can’t discuss what happened between me and [s]pecial Olympics,” he wrote.

SOGB has promoted Brookes’ story in the past. Last year, Hull wrote an article titled “Great Britain tennis star hits an ace at National Games and in life” which details his love of tennis and courage in coming out as transgender.

In it, Brookes explains that he was afraid to come out trans to his coaches. He said he nearly quit the sport because of it.

“But I need not have worried, he says. “The response to the change was amazing and I am really grateful for the support. Now I feel better than ever about who I am.”

According to Hull, SOGB represents 10,000 athletes with intellectual disability, including other transgender athletes.