The Illinois Department of Corrections (IDOC) has been slapped with a lawsuit for subjecting a transgender prisoner to extreme transphobic abuse.

The federal lawsuit, filed in the Southern District Court of Illinois, claims that officials at Lawrence Correctional Center tormented Strawberry Hampton by holding her in a men’s prison, locking her in isolation, denying her mental health services, and subjecting her to physical and emotional abuse.

“Since arriving there, officers, mental health staff, and other prisoners have subjected her to constant sexual harassment, including the use of derogatory names, as well as other verbal abuse and threats to her physical safety,” the complaint alleges. “Officers at Lawrence have also beat her, and have made clear that they will not protect her from other prisoners who wish to harm her.”

This is the third lawsuit Hampton has filed against IDOC. She was transferred from Menard Correctional Center in a settlement after five months of alleged abuse. Before that, she was housed at Pinckneyville Correctional Center where she alleges guards sexually assaulted her and forced her to have sex with her cellmate for their entertainment. 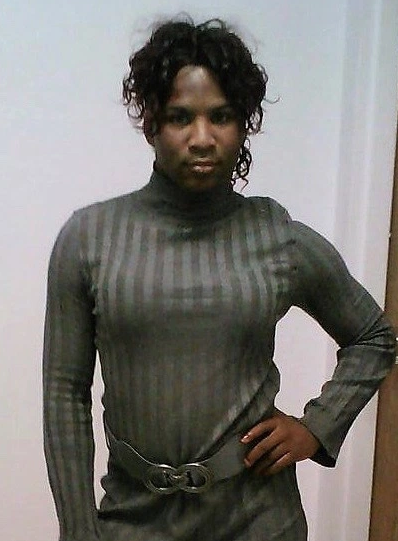 Hampton has attempted suicide multiple times in her cell, according to the complaint. IDOC staff allegedly placed her on crisis watch but forced her into solitary confinement and failed to provide her with any mental health services.

One mental health counselor “repeatedly called Plaintiff a ‘fag,’ and told Plaintiff that she would ‘never be a real woman,’ the complaint states. It goes on to say that prison officers also call her anti-LGBTQ slurs. Her attempts to file reports about the abuse have been met with retaliation.

Hampton is represented by the advocacy organizations the MacArthur Justice Center and the Uptown People’s Law Center.

“While women across the world are celebrating International Women’s Day are commemorating the bravery of women who are speaking out about sexual violence,” Bedi said in a media statement, “Strawberry’s constant struggle to live free from sexual assault and the torture of solitary confinement should remind us all that the #metoo movement must penetrate the walls of our prisons and create freedom for Strawberryand thousands of other women and girls in her positionfrom the horror of sexual violence that is endemic to prison.”