As a 36-year-old gay man, I’ve witnessed great changes in Taiwanese society’s attitudes towards LGBTQ people. I realized I liked boys around age eleven, but back then homosexuality was still a taboo topic, and I didn’t dare tell anyone. I was quite popular in school, but I often felt that my classmates didn’t know the real me. I was very lonely and even considered myself a freak.

Only in 2000, when I started participating in a gay student club at my university and met other people like me, was I truly able to accept the fact that I was gay and start the process of coming out. At the time, the LGBTQ movement in Taiwan was thriving, and I had the opportunity to take gender-related courses in college, volunteer for LGBTQ organizations, and take part in LGBTQ events like pride parades.

But, while my gay life became richer and more colorful, life at home was still a completely different world. I tried to come out to my mother, but she believed that I’d read too much and asked me not to think about such things. For a long time after that, we didn’t mention the subject again. I felt like I was living a double life, active in the outside world but unable to say anything once I was home. 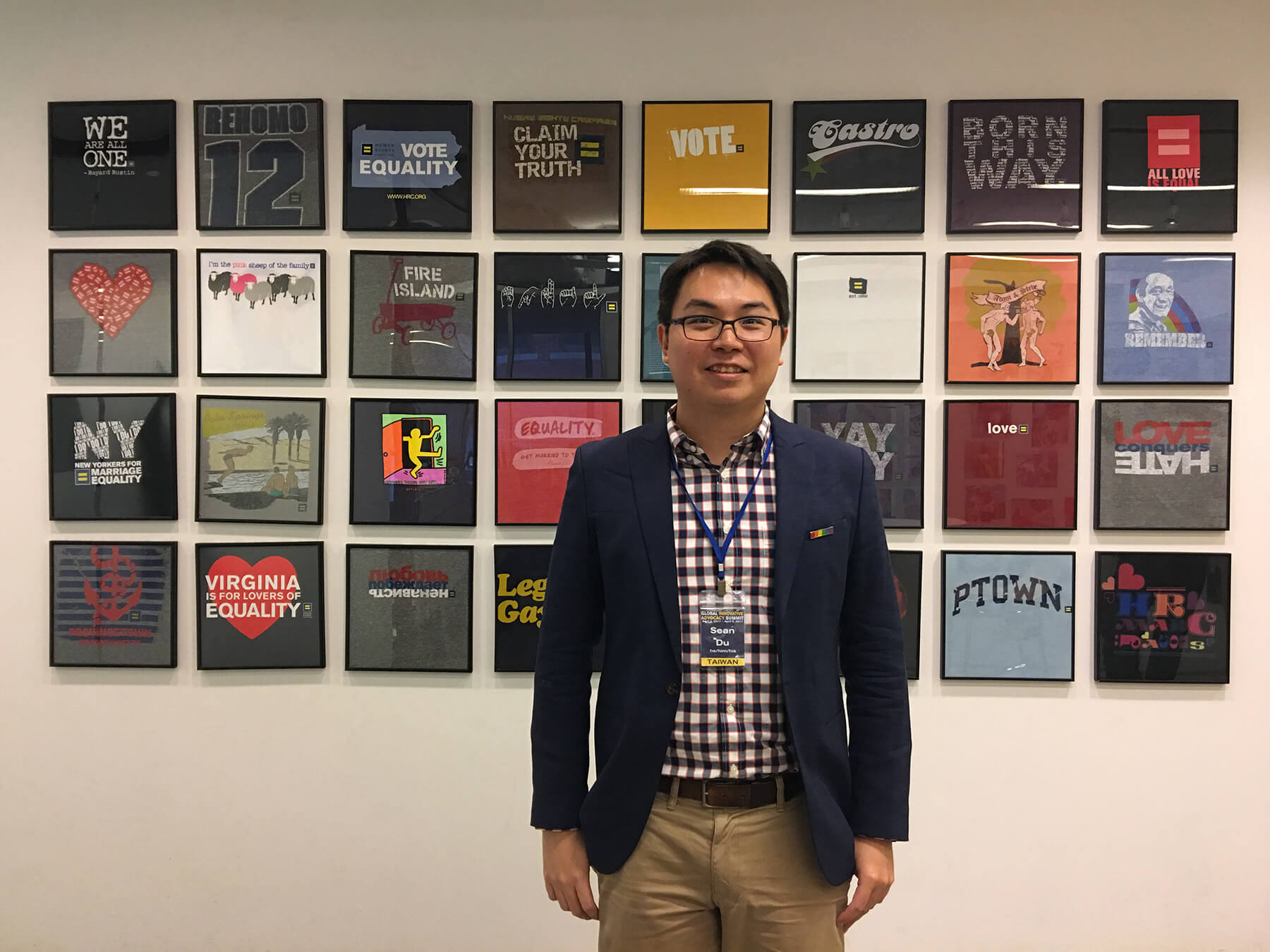 In 2002, I started to volunteer for the Taiwan Tongzhi Hotline Association (台灣同志諮詢熱線協會) and became a full-time staff member in 2011. Since then, my personal mission has been to contribute to the LGBTQ community and make Taiwanese society a friendlier place, so younger generations won’t experience the same difficulties that I did.

In 2004, we passed the Gender Equity Education Act (性別平等教育法), allowing us to enter school campuses and share with younger students our life stories and the concepts of gender diversity. We are also engaged in social education across the country. With these efforts and thanks to the many LGBTQ-friendly teachers in schools, Taiwanese society has indeed become more welcoming to us, especially among younger generations, which I am very proud to have been a part of.

I am also responsible for HIV/AIDS education and advocacy. I’m working on issues of HIV stigma, which are often even more severe than the stigma attached to homosexuality.

These days, marriage equality has taken center stage in the country. In 2016, because President Tsai Ing-Wen (蔡英文) stated during her campaign that she supports marriage equality, and due to the suicide of a prominent gay professor in the country, marriage equality became an issue that everyone in the country was paying attention to. Legislators from different parties proposed three amendments to Civil Code. My organization, along with other groups, formed a coalition to work with friendly legislators. The marriage equality bill passed its first hurdle, a review in committee, on December 26, 2016, and it is currently waiting for a second reading. In the meantime, the Supreme Court is expected to deliver a ruling regarding whether the current Civil Code is unconstitutional. 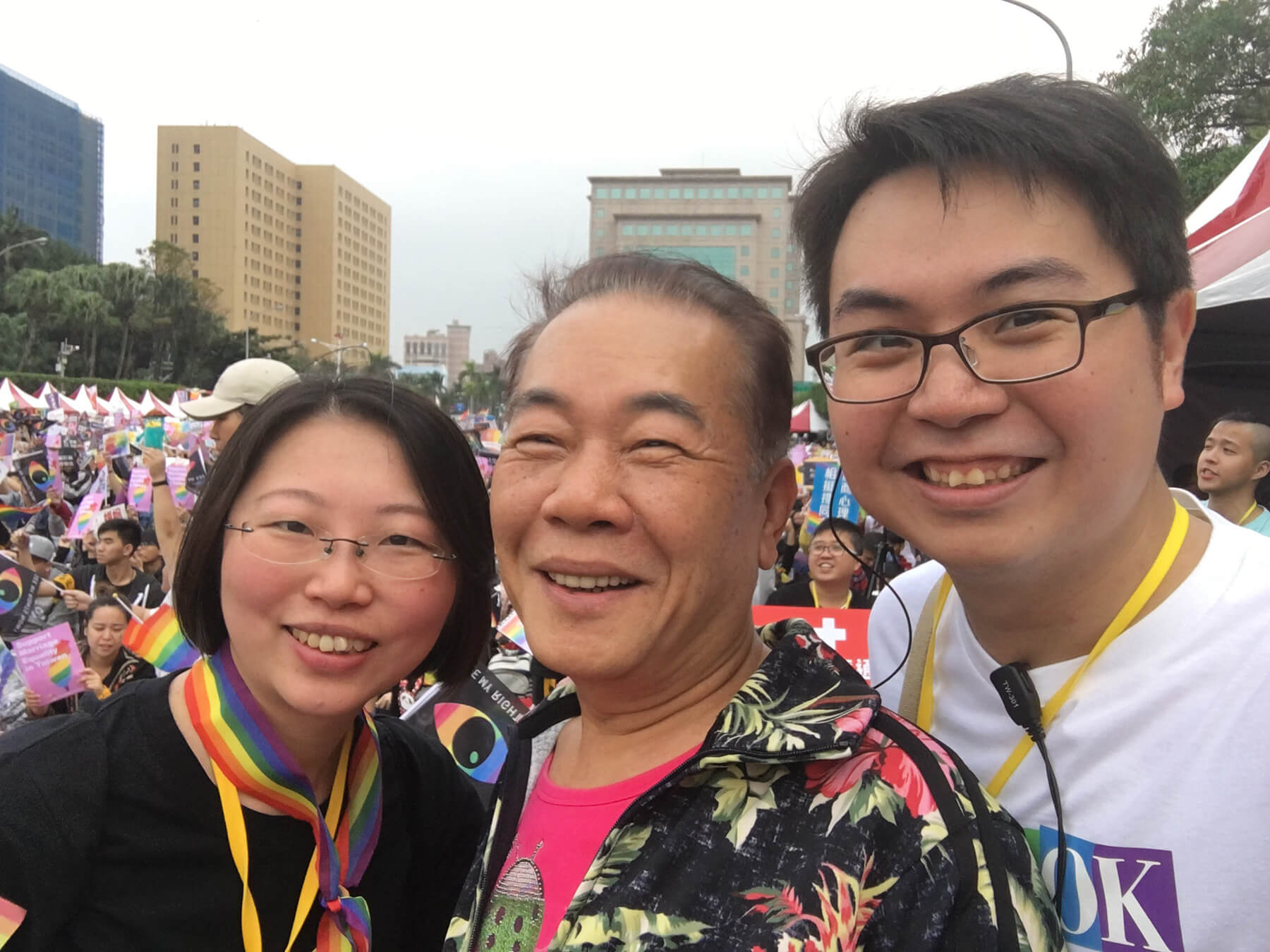 But this journey has not been entirely smooth. Our opponents, many of whom say it is their Christian faith that drives them, have mobilized their communities and spread rumors and fear. It has also pushed them to attack other areas such as gender equity education, HIV/AIDS, and transgender rights.

To raise public awareness and support, we organized three large-scale events in one month at the end of 2016, the biggest of which attracted more than 250,000 individuals to rally and show their support for marriage equality in front of the Presidential Office Building. We can even thank Grindr for getting involved and encouraging all Taiwanese users of the app to participate. This was the largest demonstration for LGBTQ issues Taiwanese society has ever witnessed and, of course, it also attracted many of our heterosexual allies to participate.

The marriage equality movement has also empowered me personally. I finally decided to come out to my family. I shared relevant information in our family social media group and invited them to the rally at the end of last year. Although my parents didn’t join me that day, they told me to stay safe, and, to me, that reminder was worth more than anything.

The marriage equality movement has not just been about our ability to get married. It has also been the greatest moment of social education about LGBTQ-related issues in our history, as well as an important step for the democratization of Taiwan. I truly hope that the marriage equality bill will come to pass this year. Either way, my colleagues, volunteers, and I will continue to fight for LGBTQ human rights.

Sean Sih-Cheng Du (杜思誠) is Director of Policy Advocacy at Taiwan Tonzhi Hotline Association (台灣同志諮詢熱線協會). He leads the organization’s HIV/AIDS education and international collaboration programs, as well as serving as a member of the marriage equality advocacy team. 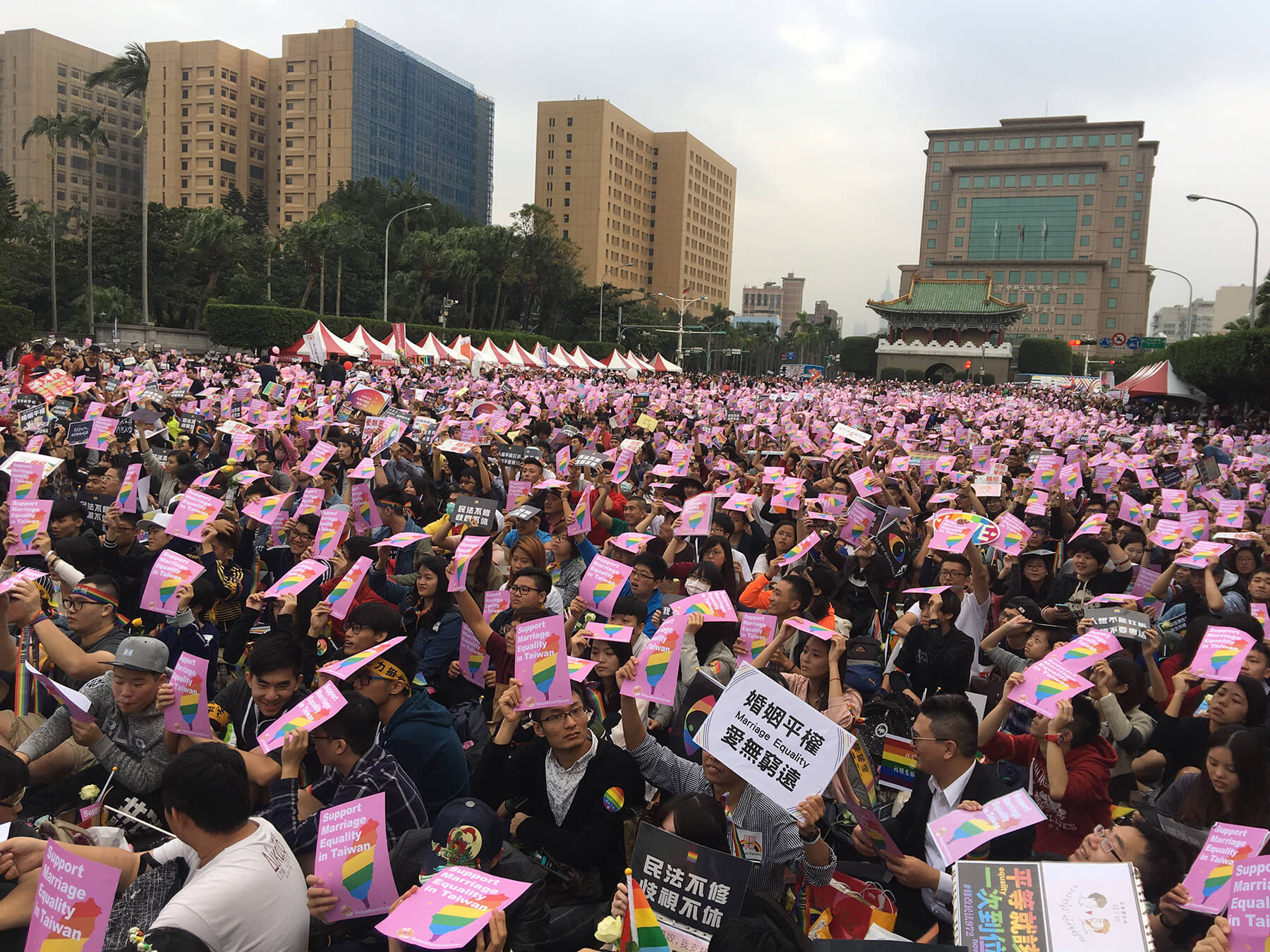