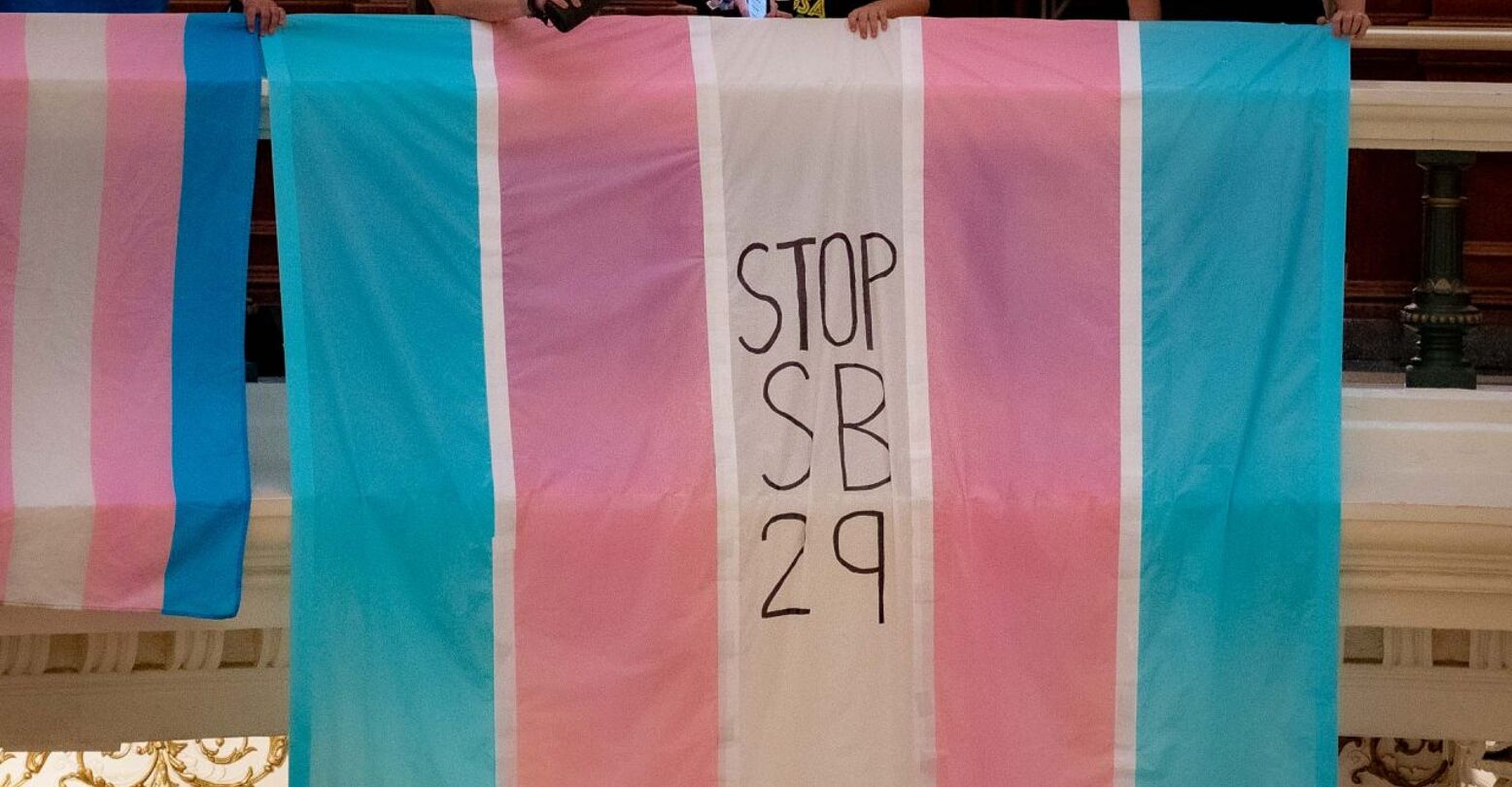 On Tuesday, cries of outrage turned into cheers of victory as an anti-trans bill failed to pass the Texas House of Representatives. The proposed legislation, Senate Bill 29, would have banned trans students from participating in sports teams that align with their gender identity.

This is what you can hear right now echoing off the rotunda and into the Texas house gallery #SB29 pic.twitter.com/CXlvceP9n8

These folks have been sticking it out all day and night to oppose #sb29. They’re amazing. #txlege #protecttranskids pic.twitter.com/5ZCZHkhwbH

Texas Democratic lawmakers managed to run down the clock to the legislative deadline using “an arsenal of delaying tactics.” These included raising points of order, thorough questioning, and proposing a number of amendments. The result was that the midnight deadline expired without a vote, terminating the bill. A similar tactic prevented another anti-trans bill from passing in Alabama just last week.

The victory is thanks in no small part to the tireless work of advocates, some of whom gathered in the House Gallery at the Austin state capital with trans flags and protest signs. In one of many videos circulating Twitter, their chants can be heard reverberating throughout the halls while lawmakers debate in nearby chambers.

We get a little bit of a rest, but we are going to have to fight to make sure there isn’t a special session on #SB29 and if there is one, mobilize to stop the bill from becoming law https://t.co/jD0lSTNeqZ

The moment it became clear that the deadline had passed, cheers and applause erupted in the legislative hall.

This particular celebration has come after a long and grueling battle throughout the current legislative session. Texas Democrats point out that this is one of several restrictive Republican bills that, thanks to their efforts and those of activists, “will never become law.” Among the many heinous proposals was a bill that would have labeled gender-affirming care for minors as a form of child abuse.

Though this victory is an undeniable achievement for trans rights in Texas, the fight is far from over. Lt. Governor Dan Patrick is already calling for a special session to reverse the decision, according to the Austin American-Statesman. Additionally, legislative attacks on queer (particularly trans) people have been ramping up exponentially across the country, to the effect that the HRC has called 2021 “the worst year in recent history” for LGBTQ+ rights.

The fight continues, but for now, Texas trans students, their families, and allies can take a break from their tireless activism for a moment of celebration.