This year was the best of times and the worst of times for the international LGBTQ community. While Austria, Malta, Germany, and Australia legalized same-sex unions, a right-wing backlash put queer and transgender people in the crosshairs in countries across the globe. From the closure of Minsk’s only gay bar to an attempted ban on drag shows in Tennessee, LGBTQ people had many, many battles to fight in 2017.

Amidst that chaos, INTO identified the politicians, government officials, and public figures who did everything in their power to stand in the way of equality. It was difficult to choose only seven in a year with so many candidates.

If you don’t see your preferred bigot on the list, tweet us your “Homophobe of the Year” at @INTO. 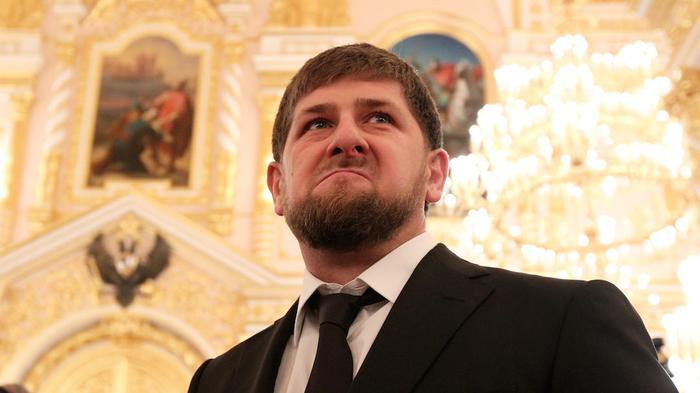 This was the year of anti-LGBTQ crackdowns. In 2017, countries like Egypt, Azerbaijan, and Indonesia launched an all-out assault on queer and transgender lives, arresting more than 100 people between them. But no one has done more to oppose the humanity and existence of LGBTQ people than Ramzan Kadyrov, the strongman behind Chechnya’s anti-gay purge.

More than 100 gay men were apprehended, tortured, and beaten in the semi-independent Russian republic, and at least four have been killed. A victim of the brutal violence came forward in October to describe the horror he experienced in what has been likened to a Nazi concentration camp: Maxim Lapunov was flogged in the “legs, ribs, buttocks and back” for 12 days in a prison cell. When he would collapse from pain, the guards would stand him up and continue brutalizing him.

Kadyrov, the architect of that campaign, has shown no remorse for the men he has murdered, which reportedly includes a popular gay singer. Even while instructing police to exterminate Chechnya’s LGBTQ community before Ramadan, he told Bryant Gumbel that the republic “[doesn’t] have any gays.” If there are LGBTQ citizens, he advised them to move to Canada.

Honorable mention: Vladimir Putin, whose anti-gay propaganda law paved the way for Kadyrov’s reign of terror, has yet to condemn the violence in his own country. 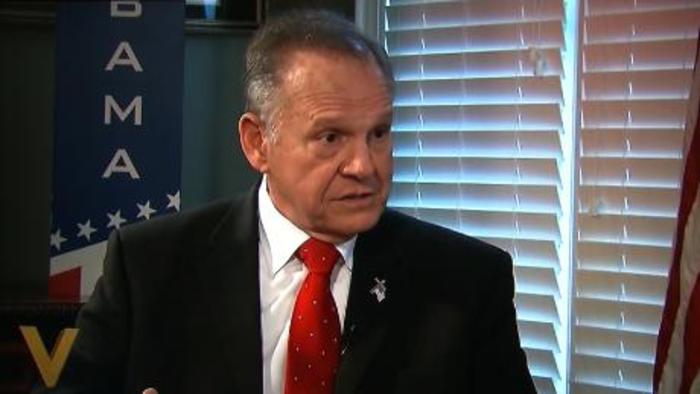 In any other year, someone with Roy Moore’s abhorrent track record of opposing LGBTQ rights would top this list. Unfortunately, 2017 wasn’t that kind of year.

Moore ran for the Senate in November after a nearly four-decade career as one of America’s most notorious and vile homophobes. As an Alabama district court judge in the 1990s, he attempted to block a lesbian parent from having unsupervised visitation to her children. Moore compared homosexuality to murder, calling it “wrong” and “of Satan,” before being removed from the case. As a justice on the Alabama Supreme Court, he was dismissed from the bench after attempting to prevent same-sex couples from marrying following the Supreme Court’s 2015 ruling legalizing same-sex marriage.

The twice-fired judge has also referred to marriage equality as “worse” than the 1857 Supreme Court upholding slavery, claimed “homosexual conduct” should be illegal, said he wasn’t sure if gays should be put to death, declared that the Sept. 11 attacks were punishment for “legitimized sodomy,” and compared same-sex relationships to polygamy, incest, printing counterfeit money, and having sex with a cow.

After nine women came forward to accuse him of sexual misconduct, Moore was defeated in the December special elections by a Democrat with a gay son. 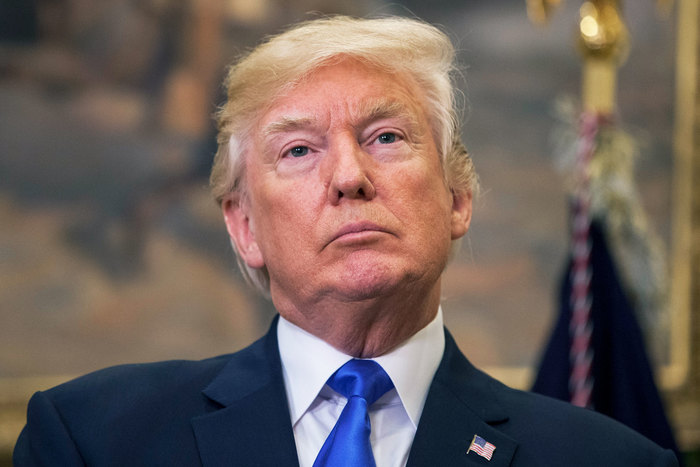 A president who campaigned as an ally to LGBTQ people arguably did more damage to civil rights than anyone on this list. There’s a strong case for Donald Trump placing much higher.

The 45th president has launched a major attack on LGBTQ people almost every month he’s been in office. Just weeks after taking office, Trump floated an executive order that would allow sweeping discrimination against queer and trans people in the name of religiona proposal that was only tabled at his daughter’s urging. (The president has not said he would not sign it in the future.) He repealed crucial safeguards in March that prevented LGBTQ government employees from being fired because of their sexual orientation or gender identity.

It’s like a terrible version of a Sound of Music song: Trump mocked LGBTQ students in April, rolled back data collection for LGBTQ elders in May, failed to acknowledge Pride month in June, attempted to ban trans people from military service in July, signed an order putting that failed policy into place in August, sided with an anti-gay baker in September, spoke at a hate group event in October, erased LGBTQ people from World AIDS Day in November, and banned the CDC from mentioning trans people in budget reports last week.

Honorable mention: Donald Trump claimed that Vice President Mike Pence, who claims he doesn’t believe in conversion therapy, “wants to hang” the gays in a New Yorker profile. This was viewed as a jokebut well, probably not. 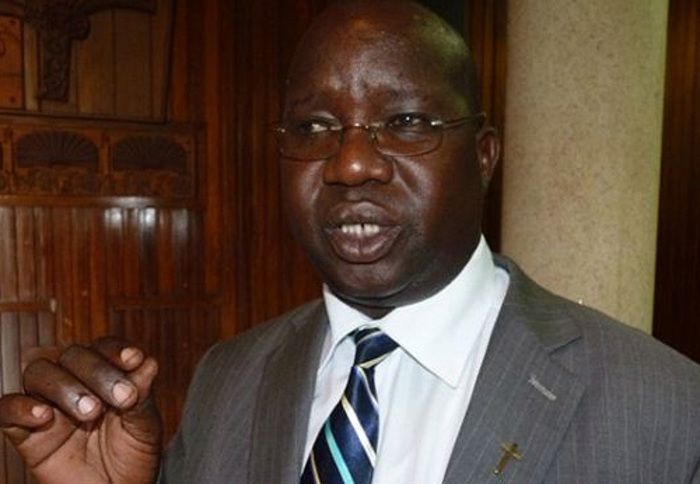 Uganda is one of the world’s most difficult countries to be LGBTQ. The African nation is one of more than 70 countries where homosexuality is a crime, punishable by up to life in prison. Local newspapers have repeatedly published the names of Ugandans suspected to be queer or transgender, which has led to the murder of at least one individual.

One man has been leading the effort to ensure that Uganda remains at the bottom of the LGBTQ rights barrel: Simon Lokodo.

The Minister for Ethics and Integrity was a vocal cheerleader for Uganda’s 2013 Anti-Homosexuality Law, widely referred to as a “Kill the Gays” bill. Although death penalty provisions of the legislation were stricken, the law mandates a sentence of five to seven years in prison for anyone accused of “promoting” homosexuality. Lokodo has called same-sex relations “contrary to the order of nature” and pushed discredited conversion therapy techniques to “rehabilitate” LGBTQ people.

The government minister has also led a violent crackdown on any pro-LGBTQ event in Uganda. Pride was cancelled for the second year in a row after Lokodo pledged to mobilize hordes of angry protesters to terrorize and beat anyone in attendance. When festival organizers tried to meet for an informal gathering at a bar following the event’s cancellation, he personally texted LGBTQ leaders to warn that he knew where they were meeting.

Lokodo has been shutting down LGBTQ events since at least 2012, when he stormed a gay workshop and claimed it was an illegal assembly. He had only been in his position for a year.

Honorable mention: None. Lokodo is in a league of his own in Uganda. 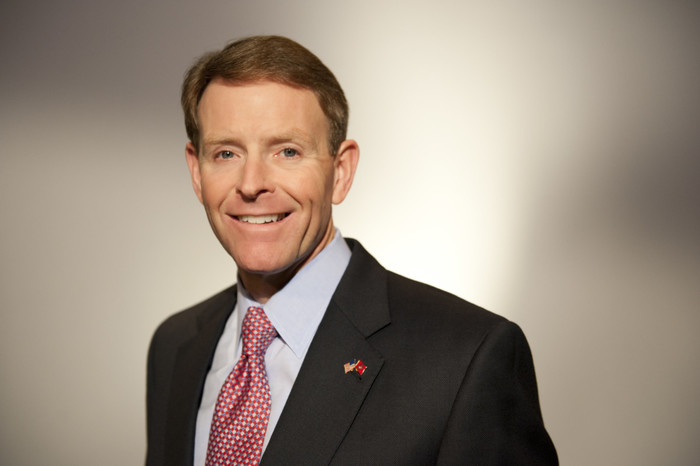 After the departure of many of Trump’s key advisors left a Bannon-sized hole in the White House, that vacuum was filled by Tony Perkins. This is the worst nightmare of anyone familiar with the Family Research Council president’s views on LGBTQ people.

A skywriter wouldn’t have enough room to list every terrible thing Perkins has said about the queer and trans community during his careerbecause opposing equality is his career. Perkins pays his mortgage by calling LGBTQ individuals “intolerant,” “hateful,” “vile,” and “spiteful,” and that’s just in one sound bite. He has compared gay activists to terrorists, called the “It Gets Better” project “disgusting,” supported Uganda’s “Kill the Gays” bill as upholding “moral conduct,” fiercely defended conversion therapy, and likened homosexuality to alcoholism, pedophilia, adultery, and drug addiction.

A man who is perhaps America’s leading anti-LGBTQ activist has used his position to do the only thing he knows how: discriminate against gender and sexual minorities. Perkins was one of the chief architects of Trump’s transgender military ban, and along with Pence, he has repeatedly pushed the tabled religious freedom order.

The Trump advisor also hosts the annual anti-gay conference the president spoke at in October, which made him the only Commander-in-Chief to appear at a hate group event. 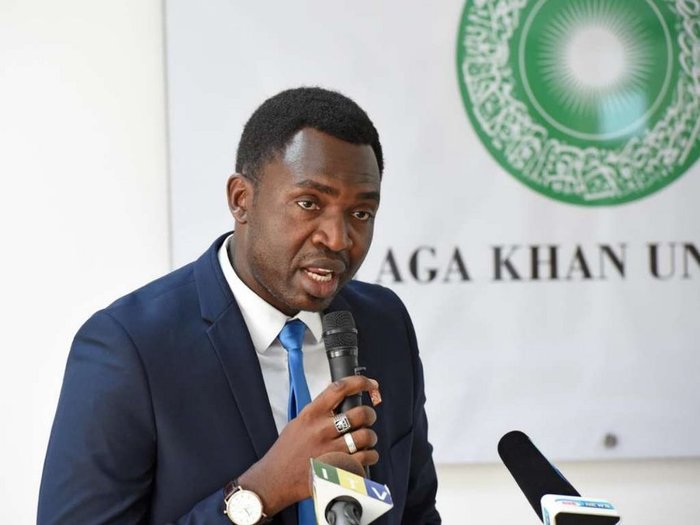 Amidst the more widely publicized anti-LGBTQ crackdowns in countries like Russia and Egypt, Tanzania quietly joined the fray in 2017. More than a dozen people were arrested in October for meeting at the Peacock Hotel in Dar es Salaam to discuss the country’s ban on HIV/AIDS prevention. The government has been shutting down private clinics which provide care to HIV-positive people, while also banning lubricant to prevent the virus’ spread.

Deputy Health Minister Hamisi Kigwangalla has largely been the face of the past year’s anti-gay crusade. On his Twitter account, the government official regularly urges the arrest of anyone suspected to be LGBTQ in a country where sodomy remains illegal. Kigwangalla pledged to out a list of queer and transgender Tanzanians earlier this year, which would have opened them up to violence, harassment, and even death in a country where homosexuality is widely unpopular. But he pulled the plug on that press conference before the names were released. 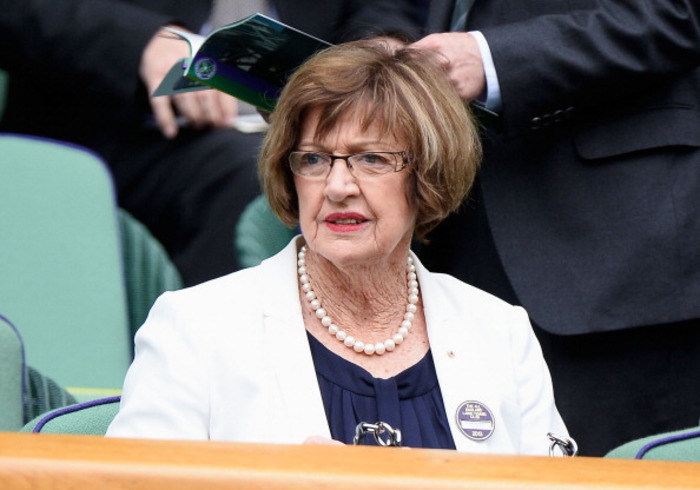 Australia’s volatile marriage equality debate brought out the worst in society, and Margaret Court is the worst.

The former women’s tennis champ was one of Australia’s loudest voices opposing the legalization of same-sex unions in a public plebiscite. The country’s Parliament announced in August that it would be holding a nonbinding postal vote polling Australians as to whether LGBTQ couples should be allowed to wed. The results of that survey would serve as a recommendation to the legislature on whether to introduce a marriage equality bill.

The born-again Pentecostal minister even claimed she would stop voting for the Labour Party if they backed the rights of all couples to marry. The marriage equality bill passed in November with the backing of Labour PM Malcolm Turnbull.

It seems they didn’t need Court’s vote after all.

Honorable mention: Former Prime Minister Tony Abbott was one of the “No” campaign’s biggest supporters, even as his daughter came out in favor of same-sex unions. He called the widespread attacks on Australia’s LGBTQ communityin the form of homophobic fliers, anti-gay graffiti, and hate crimesfollowing the announcement of a public vote “fake news.”