After years of a growing backlash against LGBTQ rights, the chickens came home to roost in 2017.

Donald Trump’s election to the presidency opened the door to a near-daily onslaught against every protection and liberty cherished by queer and transgender Americans. His own attacks on the community dominated the headlines, whether it was repealing Obama-era guidelines allowing trans students to use the most comfortable restroom in schools or rolling back data collection for LGBTQ Seniors. Meanwhile, virtually every member of Trump’s Cabinet has spent their entire careers opposing equality.

But nowhere were the changing tides more evident than at the state and local level. The new administration opened the floodgates of bigotry across the country: Violent crimes against queer and trans people skyrocketed following the November elections, while Republican lawmakers viewed Trump’s presidency as a green light for discrimination.

In a very bad year for LGBTQ people, these seven states represent the worst of the worst: the crusaders fighting to make America hate again. 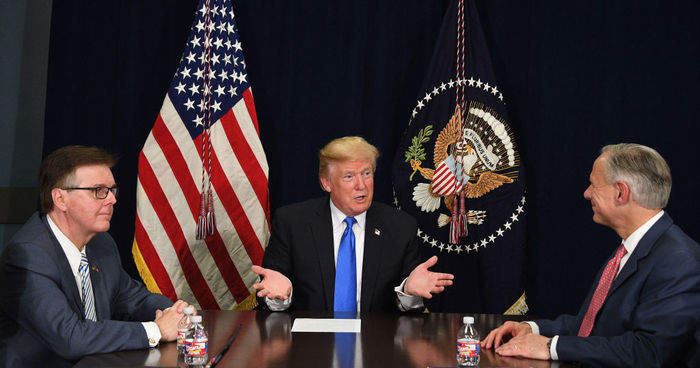 A backhanded congratulations is due to the Lone Star State, which did the most to combat LGBTQ equality in 2017.

The Texas Legislature introduced more than 20 pieces of legislation attacking its queer and transgender population this year, including a wide swath of proposed laws that would allow individuals to deny service to LGBTQ people based on their religious beliefs. The various bills permitted county clerks, psychologists, health care professionals, and wedding caterers to discriminate in the name of faith.

Legislators also put forward proposals to nullify LGBTQ-inclusive nondiscrimination laws passed at the local level and compel teachers to out trans students to their parents.

But the state’s most determined push was an attempt to prevent transgender Texans from using restroom facilities consistent with their gender identity. Lawmakers put forward at least four bills that would force trans people to use restrooms which do not correspond with their gender identity in schools and/or public places. After those proposed laws stalled during the general legislative session, Gov. Greg Abbott called overtime to force through a bathroom bill. Republicans weren’t any more successful in the July special session.

One bill, however, did sneak through: a bill allowing adoption and foster care agencies to turn away same-sex couples looking to adopt.

True to form, Texas is already set for a major showdown next year: The Supreme Court declined to hear Pidgeon v. Turner, a case on same-sex partner benefits for government employees. The case is a passion project of Texas Lt. Gov Dan Patrick, one of the country’s leading foes of LGBTQ rights. Patrick and Gov. Abbott pressured the state’s Supreme Court into allowing a challenge to a lower court ruling upholding partner benefits for Houston city employees.

After SCOTUS sidestepped the debate, Pidgeon v. Turner is headed back to Texas courts in 2018 to be retried. 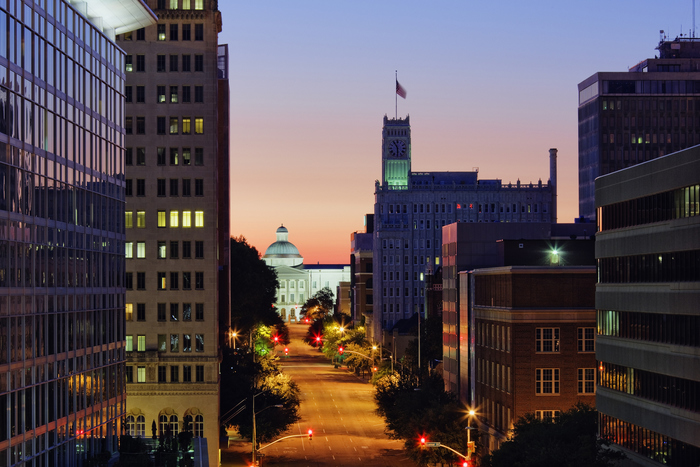 Conservatives in Mississippi hailed a landmark victory against LGBTQ rights this year when the state frequently ranked as among the worst places for queer and trans people to live became even worse after a federal court upheld House Bill 1523. That sweeping law allows government agencies, businesses, healthcare providers, and even private individuals to discriminate on the basis of their “sincerely held religious beliefs.”

A three-court panel from the Fifth U.S. Circuit Court of Appeals lifted a preliminary injunction against the law in June, arguing that advocates attempting to block the law failed to demonstrate the harms HB 1523 would bring about. Because the proposal hadn’t gone into effect, the court felt the subject was merely speculative.

HB 1523 became the law of the land in October, making it the nation’s most extreme law targeting LGBTQ people. Among many, many other things, the law could allow landlords to deny housing to same-sex couples, doctors to turn away transgender patients, employers to fire LGBTQ workers, adoption agencies to turn away lesbian parents, and a range of providers to refuse catering, photography, or any other service to a gay wedding. It could even permit discrimination against unmarried couples, single mothers, and women who wear pants.

Perhaps more than ever before, these populations are in dire need of the very services which could legally be denied to them. A June report published in the New York Times claimed Jackson, Miss. has the highest rate of HIV in the country: 40 percent of gay and bisexual men who live in the state’s capital are positive for the virus. 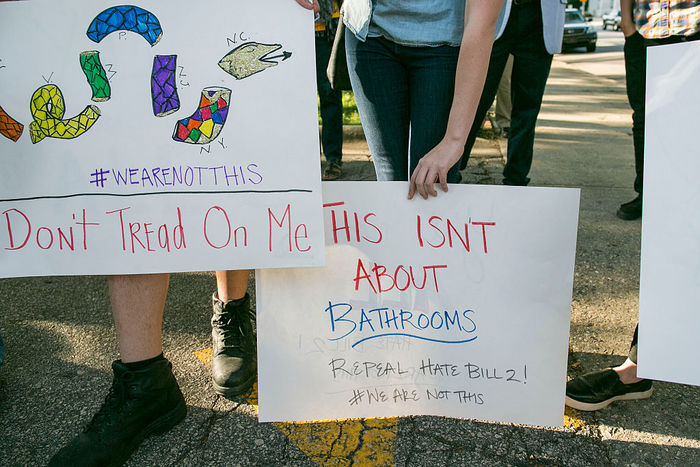 North Carolina was set to repeal its transphobic bathroom law in 2017 following the election of Democratic Gov. Roy Cooper. Cooper defeated incumbent governor Pat McCrory last November in what was viewed as a referendum on its wildly unpopular law, projected to cost the state more than $3.7 billion over the next 11 years. Cooper, who refused to defend House Bill 2 in court as the state’s Attorney General, campaigned on killing the law.

In April, state lawmakers struck a “deal” to repeal and replace HB 2 with a piece of legislation that would appease both Republicans and LGBTQ advocates. The result didn’t appear to please anyone. Known as House Bill 142, the compromise bill struck down LGBTQ-inclusive nondiscrimination ordinances across the state until 2020. It also forbid government agencies and public universities from regulating “access to multiple occupancy restrooms, showers, or changing facilities,” meaning these entities wouldn’t be allowed to enact their own trans-inclusive bathroom policies.

What was supposed to be an improvement actually upped the ante. Following the passage of HB 142, no LGBTQ person is protected from identity-based bias for the next three years in either public accommodations or the workplace. Residents of cities like Durham, Raleigh, and Ashevilleall of which had LGBTQ-inclusive protections on the books prior to the laware now able to be fired from their jobs because of who they are or how they love.

McCrory might be gone, but bigotry is here to stay in North Carolina.

Tennessee was a giant game of homophobic Whac-A-Mole in 2017. Every time one anti-gay threat was walloped, another would pop up in its place.

The small town of Portland led the way in discrimination with a novel idea: banning drag shows. An ordinance which would have prohibited female impersonation in the city’s main commercial district was nixed following protests from local LGBTQ groups, as well as the threat of a lawsuit by the ACLU. Less than a month after that plan was tabled, the Hamblen County Commission joined the fray by putting a resolution condemning same-sex marriage up to a vote. The symbolic decree narrowly failed after the board voted 5 to 4 against it.

And these were only the latest attempts to strike at LGBTQ rights in the state. Earlier in the year state lawmakers put forward a trio of bills targeting the Supreme Court’s 2015 ruling on marriage equality.

House Bill 33 would have required that words like “mother” and “father” be regarded with their “natural and ordinary meaning” in all legal matters. House Bill 1046 would prevent lesbian mothers from both being listed on their child’s birth certificate in a case of artificial insemination; the “second” partner (e.g., the mother who didn’t give birth) would have to apply for legal parentage, a process as costly as it is time-consuming. There was also House Bill 892, which would mandate that the state’s definition of marriage (i.e., one man and one woman) supersedes federal law.

HB 33 was signed into law in May. While the others stalled in the General Assembly this year, more will be introduced just like them when the legislature reconvenes in February 2018. 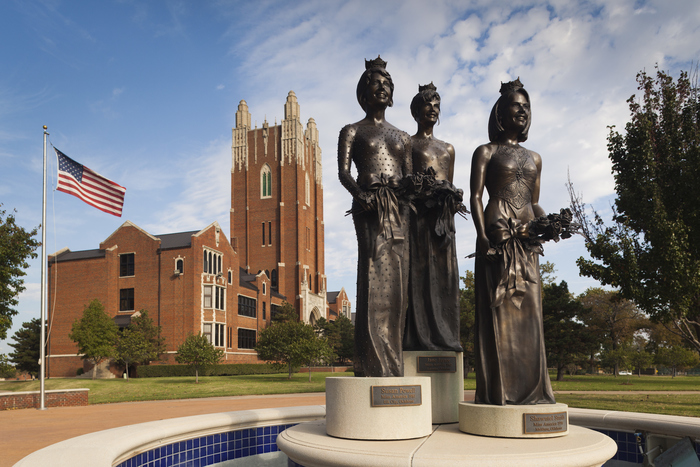 In many ways, Oklahoma represents the best and the worst of LGBTQ life in 2017.

Allison Ikley-Freeman, a lesbian in an interracial marriage, was the first Democrat in her district to win election in 21 years. LGBTQ advocates led a successful campaign to force former mayor Kirk Humphreys to step down from the Board of Regents at the University of Oklahoma after he compared gay men to pedophiles.

But Oklahoma also continues to shatter records for the number of anti-LGBTQ bills ever put forward by a state legislature in a single year. Among those considered in 2017 was a piece of legislation which would have overridden LGBTQ-inclusive nondiscrimination ordinances across the state, as well as one of the nation’s most dangerously broad “religious liberty” laws. Senate Bill 197 would have allowed people to refuse to provide services to any “celebration of a specific lifestyle or behavior.”

The proposal is so cryptic and vague that ThinkProgress pointed out it could permit discrimination against basically anyone: “vegetarians, people with tattoos, people who tweet in ALL CAPS, people who are left-handed, people who enjoy shopping at Target, or people who enjoy the musical Oklahoma! a bit too much.”

The Sooner State also experienced an unprecedented wave of attacks against LGBTQ people. At least three advocacy groups were targeted by vandals this year, who fired bullets into the windows of local queer community centers in Tulsa and Oklahoma City. 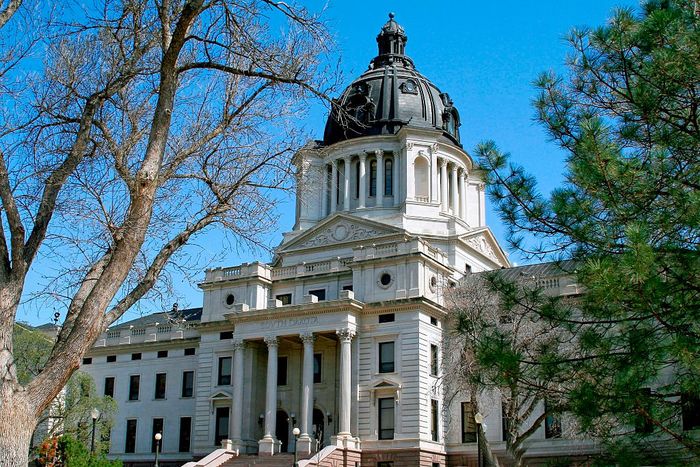 South Dakota isn’t necessarily known as a trendsetter, but when it comes to anti-LGBTQ bigotry, the state got there first this year.

After vetoing an anti-trans bathroom bill last year, the Mount Rushmore State decided it was OK to discriminate against same-sex couples. Gov. Dennis Daugaard signed Senate Bill 149 into law this March, a so-called “religious freedom” law which permits faith-based adoption agencies to deny gay parents a child. Although conservatives argue that same-sex parents can simply go elsewhere to adopt, a majority of placement centers in many cities across the U.S. have a religious affiliation. That makes it more difficult for couples to find resources in their town to help them.

The population most profoundly impacted by SB 149, however, wasn’t the state’s LGBTQ population; it was children in need of a home. The Human Rights Campaign estimates that more than 1,000 young people require immediate placement in South Dakota.

Given that same-sex couples are four times more likely to adopt than heterosexual parents, the 2o17 law was likely to have decimated the pool of available homes. 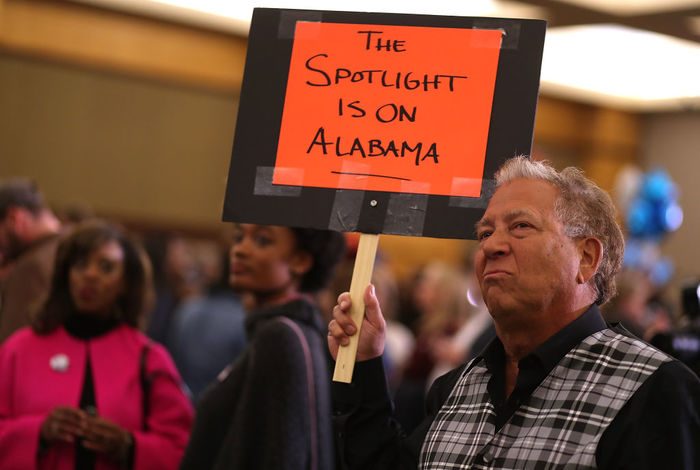 It might surprise readers to see Alabama on this list after the widely celebrated victory against Republican Roy Moore in the December special elections, when one of the nation’s most anti-LGBTQ politicians was defeated by a Democrat with an openly gay son.

That win was groundbreaking, and there’s a reason Alabama was also on our “Best” list. But it’s worth examining just how close the race was. This was not Virginia, where the openly transgender Danica Roem trounced a man who wouldn’t even call her by the correct pronouns; she prevailed by a nearly nine-point margin of victory. Doug Jones won by just 20,000 votes, which amounts to just over a percentage point. Moore, who believes homosexuality should be illegal, still won 68 percent of the white vote in Alabama. Only a quarter of white men (26 percent, to be exact) who cast a ballot in the Dec. 12 runoff election went for Jones.

That’s pretty bad. If not for women of color, a man who isn’t sure if gay people should face the death penalty would be sitting in the Senate next year.

Aside from white people condoning a man who compared same-sex marriage to slavery and blamed gay people for the Sept. 11 attacks, the state also passed its own anti-LGBTQ adoption law. Republican Gov. Kay Ivey signed a bill in May allowing adoption and foster care agencies to deny placement to same-sex marriage if they cite their religious beliefs.