In January 2018, Costa Rica exploded with the news that the country would begin to take steps to recognize same-sex marriage and transgender equality.

The Inter-American Court of Human Rights (ICHR) issued the Advisory Opinion OC-24/17, the answer to a consultation the country made two years prior regarding the rights of LGBTQ people. In a press conference at Casa Presidencial, Vice President Ana Helena Chacón — who led the process of the consultation — read the document on national television, declaring: “With this OC, the Court revindicates the human rights LGBTQ people have under the American Convention, and reminds all the States of the continent, including ours, of their obligation to recognize them and the historical debt they had with this population”.

“This is why,” she added, “our State reaffirms the inescapable commitment it has with receiving, respecting and abiding completely by the criteria that the ICHR has expressed.” 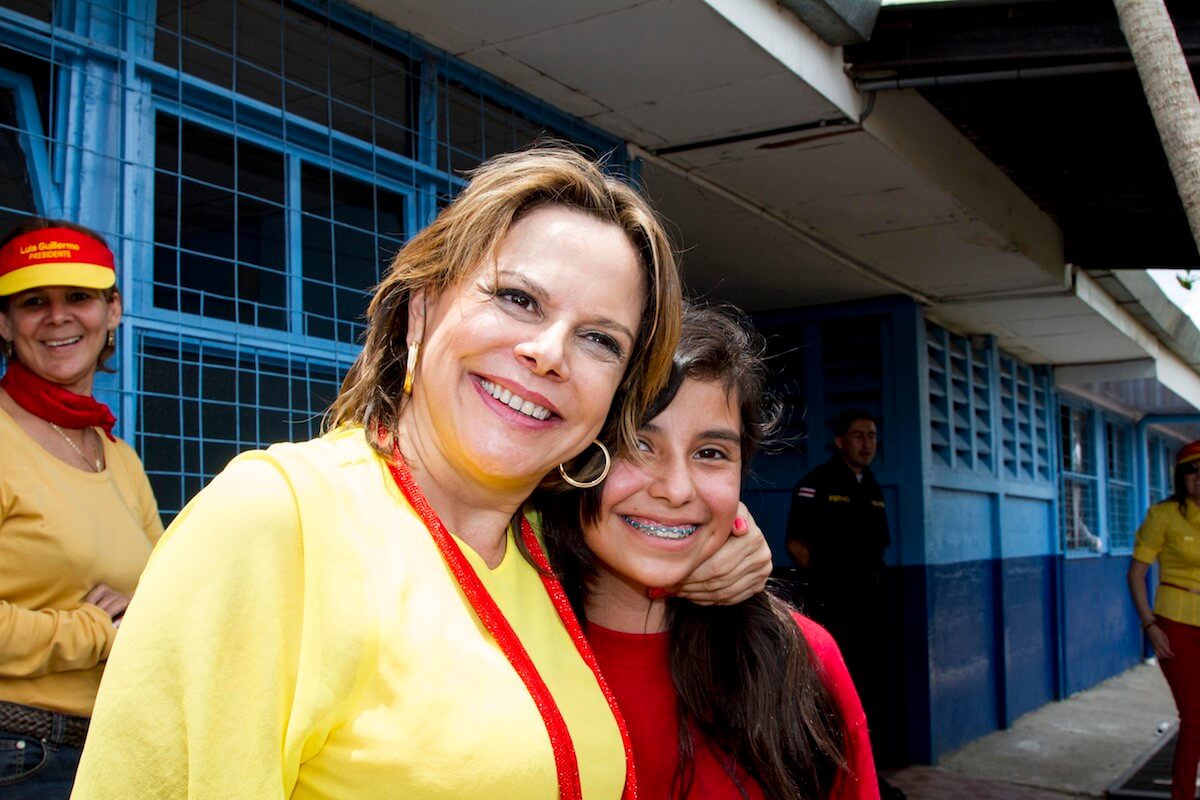 This shined a light on a pre-existing division bubbling underneath the surface, as if an earthquake had cracked the ground in two. On one side were LGBTQ Costa Ricans and allies, and on the other, a new and emerging conservative movement and their followers.

In January, 11 out of 14 presidential candidates and more than 80 percent of the candidates running for Congress made clear that they were against the Advisory Opinion and would not comply with the call to be more LGBTQ-inclusive. Rather, they would do everything in their power to prevent it from becoming a reality, even pulling Costa Rica out of the ACHR. Christian pastor, singer, and Presidential candidate for the Christian party Restauración Nacional (National Restoration) Fabricio Alvarado appeared on a Facebook Live broadcast to say, “We are not surprised about the AO: the ICHR have been promoting the gender ideology, and this government, too. They have been promoting same-gender marriage and what they call gender identity, violating the sovereignty of our countries.”

“We stand in our position,” he continued. “We will defend the marriage between a man and a woman and the family code as it is: it’s not necessary to change it because these aren’t human rights. We will not promote the LGBT agenda or the gender ideology and we won’t be a doormat for the Inter-American Court.”

The political conversation in Costa Rica became overwhelmingly about the Advisory Opinion and subsequent reactions, some involving violence including documented hate crimes. According to data from the Frente por los Derechos Igualitarios (FDI), 2018 has been the year with the most registered attacks and murders of LGBTQ people, as well as the highest suicide rate of people within these communities.

Almost a year later, the Advisory Opinion still isn’t a reality, but the effects of its plan are unavoidable.

An International Way to Equality

Luis Salazar is a 25-year-old lawyer and Costa Rica’s Presidential Commissioner for LGBTQ Issues. A legal advisor for the Presidency, Salazar was part of a team that worked with then-Vice President, Ana Helena Chacón, who from 2014 to 2016, took more steps in the direction of recognizing LGBTQ rights than any other member of the administration.

“In those years there was progress and efforts, especially in the public sector, but they were very simple and not enough to achieve true equality,” Salazar tells INTO.

In 2016, after Costa Rica’s proposal for Marriage Equality and Gender Identity laws, bills that would legalize same-gender marriage and adoption and the recognition of the identity of trans people, respectively, stalled in the nation’s Congress for lack of support, Salazar’s team realized the only option was to look to international intercession.

In 1969, the country signed the American Convention on Human Rights, establishing that, based on Article N° 7 of the Political Constitution of Costa Rica, all international treaties recognized by Congress are legally binding. That same convention states in Article N° 6, the possibility of requesting an Advisory Opinion to the Inter-American Court of Human Rights, a process that starts when a representative of the country asks about a human rights issue seeking an answer that will be legally binding.

“[In 2016] Vice President Chacón and we, her team, asked the ICHR about two vital topics, associated with the LGBTI rights: the patrimonial rights of same-gender couples and equal rights for trans people, including the possibility of changing their name and correcting their gender marker on their document,” Salazar said.

That is what the Advisory Opinion recognizes: In the document, the ICHR establish that under the identity rights and other human rights, trans people must have the possibility of changing their name and correcting their gender marker in all of their documents, through a free, quick, confidential and easy access mechanism that Costa Rica has the duty to create.

Also, it made very clear another duty: the one the State has of guaranteeing that same-gender couples have the same rights and access to all the legal marriage and union rights that heterosexuals already had.

The Division that Stayed

Margarita Salas thought the Advisory Opinion was a historical step, but a controversial one. Salas is known for her feminist and LGBTQ activism, and for being the first openly lesbian woman in Costa Rica to run for Congress earlier this year.

“This had a direct impact on the electoral process,” Salas told INTO. “The oldest parties went from leading the polls to losing the first round to Fabricio Alvarado, who opposed the LGBTQ rights measure. Also all other platform issues, like the fiscal crisis, became secondary in the electoral debate.”

Salas explained that the candidate who finally won the election, Carlos Alvarado Quesada (no relation to Fabricio Alvarado) from the Partido Acción Ciudadana (Citizen Action Party), was one of only three candidates who promised to honor the Advisory Opinion and grant the country Marriage Equality and trans rights.

Almost a year later, the Costa Ricans that supported Carlos Alvarado, LGBTQ people, and allies, are on one side; Fabricio Alvarado and his followers are on the other. Salas doesn’t think it’s fair to refer to them as a “conservative movement” because they don’t have that kind of organization, but it’s certainly an important part of the population. 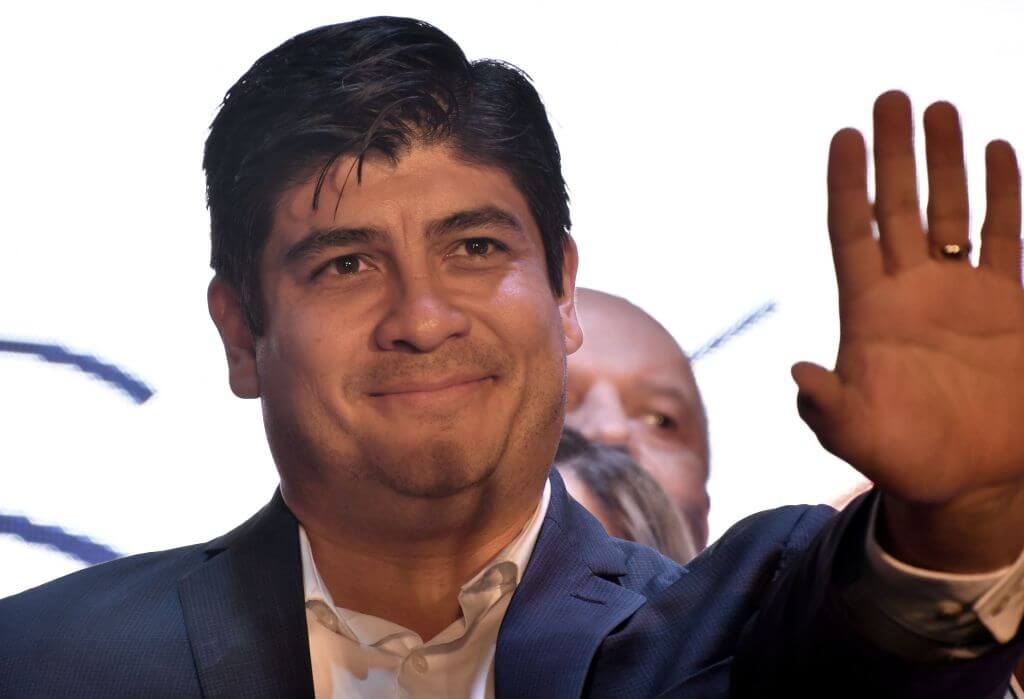 Since then, Salas explained, “anti-LGBTQ conservatives have emerged in all regions and social classes, and have become more vocal than ever. The discussion about Marriage Equality and Trans Rights is a mandatory one that had never happened before, but it has become the reason why it has been so difficult to make the Advisory Opinion a reality: they are blocking it.”

From Congress to the clerks in public offices, from judges on the supreme court to citizens on social media, there is clear opposition to LGBTQ rights in Costa Rica.

The Trans Fight For Recognition

Vanessa Valverde is a trans activist and the first trans person to legally change her name in a Costa Rican Embassy.

“The Advisory Opinion was clear,” Valverede told INTO. “The country has to recognize identity rights for trans people, which include three items that reflect the gender and the identity they live by: the name change in all their documents, a photo on their ID that accurately represents them, and the correction of their gender marker in public records and all of their documents.”

In May, the Supreme Electoral Tribunal (Tribunal Supremo de Elecciones, TSE) decided to obey the OC-24/17 and made a reform in the Civil Bylaw, allowing trans people — but only those Costa Rican by birth who had come of age — to change their name through an administrative, free, and confidential process, instead of the previous judicial process. But the court also refused to authorize the correction of gender markers on identity documents. Instead, they decided to remove gender from all IDs and, more recently, hide it from the public database on their website.

This was backed up by two actions: First, recently elected president Carlos Alvarado Quesada chose Luis Salazar as the first LGBTI Presidential Commissioner in history. Salazar worked with trans organizations and in June, presented Executive Order 41.173, which declared the country’s obligation to respect and recognize the identity of trans people of all ages by including their gender on all their documents and records.

A second Executive Order would be issued before the end of the year,  which would extend these rights to immigrants and establish the process for them to change their name and gender marker in their Costa Rican IDs.

Since May, 313 trans people have made their name change, but Valverde’s denouncement and the TSE not allowing the correction of the gender marker mean the Advisory Opinion is still not a true reality for trans people. That’s why Valverde and other trans people got together and presented a case against Costa Rica in the Inter-American Court of Human Rights, hoping that in the future the Court will rule in their favor, forcing the TSE to allow the gender marker change in all records.

The day after the Advisory Opinion was published, a binational gay couple — a Costa Rican man and his Venezuelan partner — announced they wanted to get married that same weekend. However, before they could do it, the Superior Council of Notaries prohibited Notaries from marrying same-sex couples, stating that anyone who did it would be sanctioned. The council based its argument on the Family Legal Code that establishes that marriage between two people of the same sex is forbidden. The controversial decision still stands, and the couple couldn’t get married.

Also in May, the TSE made public their decision about Marriage Equality and the Advisory Opinion: they made clear that the Civil Registry couldn’t allow the registration of same-gender marriages, because it would be against the law given the Family Legal Code. Also, they added that only the Constitutional Chamber could determine if this article should be changed in order to comply with the Advisory Opinion. 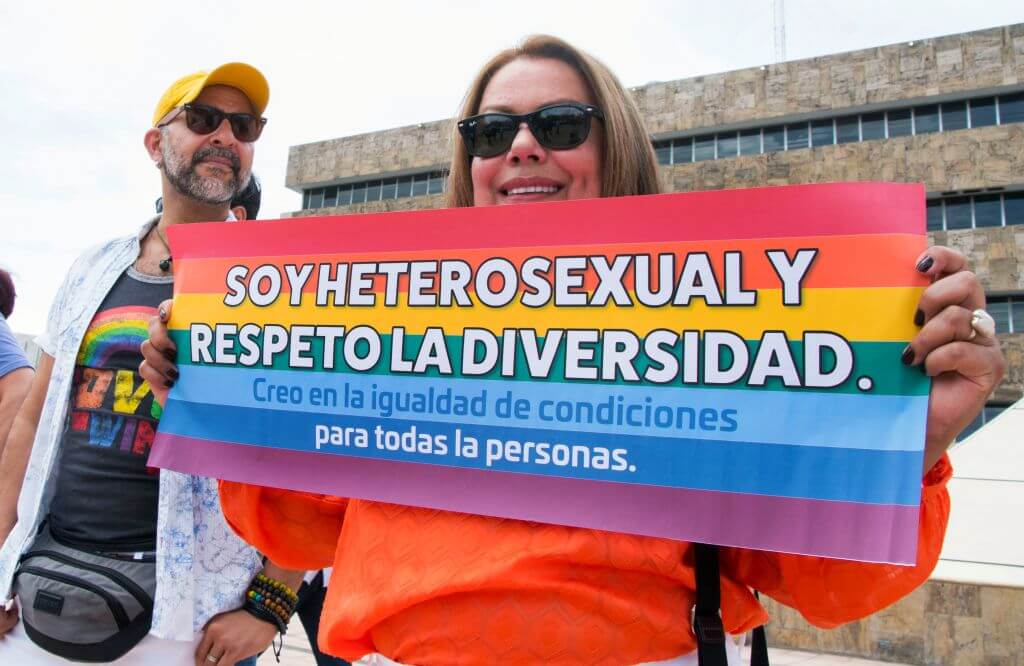 In August, the Costa Rican Constitutional Chamber had its longest discussion in almost 30 years: it took them 12 hours to discuss two actions, one about that article in the Family Legal Code, and the other against Article 242 of the Family Code and Article 4 of the Youth Law, which established that a civil union can only happen between a woman and a man. It was 11pm when they finally reached a consensus and held a press conference that shook Costa Rica.

In their decision, they found these articles to be unconstitutional, and they declared to the Asamblea Legislativa that they had 18 months to make the necessary adjustments to national law to regulate marriages in the terms stated by the Advisory Opinion. If they didn’t, these articles would be derogated, and equal marriage will be legal in Costa Rica.

The conservative sector was angry, and in the next few days marriage equality was the primary topic of discussion on social media, and even in Congress. Quickly, enough deputies took a stand against passing the Marriage Equality Law (Ley de Matrimonio Igualitario) – one group even presented a Civil Union Law that still declared marriage was only between a man and a woman – and it became clear that in this political climate they wouldn’t do what the Constitutional Chamber advised them to. Waiting was the only option.

This November the Constitutional Chamber handed down the full decision: a document with more than 200 pages, that once published in the Legal Bulletin November 26, will finally allow the 18 months to start passing. It won’t be until May 26 of 2020 that equal marriage will be legal in Costa Rica, but it’s coming.