Another Friday night, another attack on trans lives. Just in time for the weekend, Buzzfeed reported that the Trump administration would be instituting new rules for the treatment of transgender prisoners in the custody of the Bureau of Prisons (BOP).

The newly updated Transgender Offender Manual mandates that except in “rare cases” placement of transgender prisoners in male or female facilities be based on “biological sex.” By doing so, the BOP effectively rolled back Obama-era guidelines mandating that determinations on trans housing in federal prisons be made on an individual “case-by-case” basis.

Though the document contains an extensive “definitions” section, what’s notable about the policy is that the term “biological sex” is never defined. That’s because the idea that someone’s “biological sex” is self-evident is grounded not in science. Rather, “biological sex” operates as part of an ideological strategy to exclude transgender people from the scope of existing legal protections, an attack that’s become increasingly pervasive under the current administration. That term, much like the buzzwords “privacy” and “safety,” is now a dog whistle for trans exclusion from public life.

This change to BOP policy was prompted by a lawsuit filed in 2016 by a group of cisgender women alleging that they were harmed by the mere presence of trans women in BOP facilities for women. In Fleming v. United States, the four plaintiffs claimed that they experienced “disgust, embarrassment, humiliation, stress, degradation and loss of dignity” from sharing a facility with trans prisoners.

“Biological sex,” much like the buzzwords “privacy” and “safety,” is now a dog whistle for trans exclusion.

“The Plaintiffs have been forced to share intimate facilities with men [sic], who allege they are women,” the complaint reads.

But instead of voicing discomfort with trans bodies, the BOP policy evokes “biological sex” as a “common sense” approach to the subjectthe latter a frequent term used to push ordinances rolling back trans-inclusive public accommodations in the United States. It appeals to the idea of a scientific order to the world and the deep-seated beliefs about supposedly inherent differences between men and women. There is, however, no fixed and binary definition of “biological sex” in either law or medicine. Until recently, the term appeared nowhere in federal or state law. 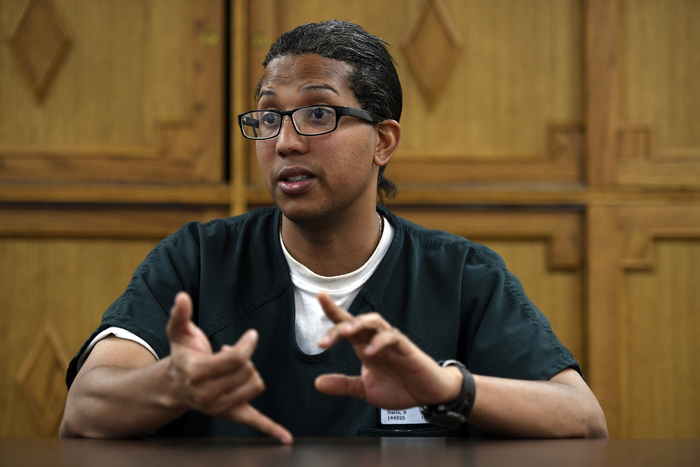 And in the court battle over North Carolina’s anti-trans bill HB 2, Duke pediatric endocrinologist Deanna Adkins filed an expert declaration noting that the term “biological sex” is a fallacy: “Although we generally label infants as ‘male’ or ‘female’ based on observing their external genitalia at birth, external genitalia do not account for the full spectrum of sex-related characteristics nor do they ‘determine’ one’s sex.”

It is, therefore, an ideological choice to assign any one sex-related characteristic as the determinant of one’s “biological sex.” Indeed, consistent with the advocacy strategy of anti-LGBTQ groups like Alliance Defending Freedom and Family Research Council, the goal of the “biological sex” narrative is to undermine the authenticity of trans identity and to position trans people as a threat to non-trans people for just existing. It is an ever-shifting concept that adapts to ensure that transgender people will not be included in single-sex spaces, activities, or norms that match their gender identity.

First advanced in litigation in the context of trans students accessing single-sex facilities consistent with their gender identity, this framework is being adopted across the federal government in the context of education, employment, housing, and now prisons.

Fleming v. United States was originally filed as part of a larger action filed by the State of Texas and others challenging the Obama administration’s Title IX guidance to schools on protecting transgender students from discrimination. That guidance had made clear that the Department of Education would interpret federal prohibitions on sex discrimination in education to include transgender students and that barring trans students from single-sex facilities amounted to a violation of Title IX. 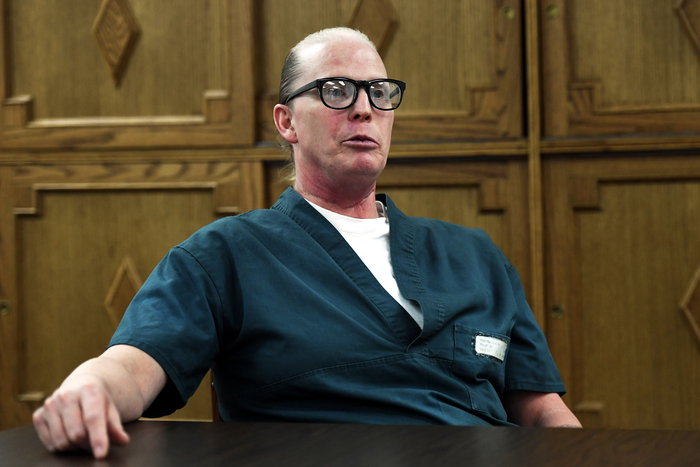 When the case was first filed, President Obama was still in office and the Justice Department was expected to vigorously defend the BOP policy that allowed transgender individuals to be placed in facilities that matched their gender and other federal guidance at issue in the case. But with the change in administration and Donald Trump, Mike Pence, and Jeff Sessions at the helm, the tide quickly turned; the anti-trans positions being advanced by the various plaintiffs in the Texas litigation soon became official government policy.

Situating trans people as a threat to others for simply existing will inexorably lead to violence against trans people, particularly in the context of prisons.

The change in BOP policy is intended, according to the recently updated Manual, to “maintain security and good order in federal prison.” But decades of research and legal developments make clear that prison policies that force transgender individuals into facilities based on assigned sex at birth increase violence and negative health outcomes for this already vulnerable population. For example, one study of transgender women in California men’s prisons found that 59 percent of transgender survey respondents had been the victim of sexual assault, as compared to just 4.4 percent of the general sample.

Even these staggering numbers likely reflect underreporting due to the risks involved in reporting sexual violence, especially in the prison context. This is precisely why federal regulations implementing the PREA regulations require that placement decisions for transgender individuals give “serious consideration” to trans inmates’ “own views with respect to safety.”

Courts have also held that policies and practices that reflect deliberate indifference to the safety and well-being of prisoners violate the Eighth Amendment. The seminal United States Supreme Court case laying out the operative standard for claims involving a failure to protect a prisoner from a known risk of harm, Farmer v. Brennan, involved a transgender prisoner in the custody of the BOP. Even in 1994, it was obvious to the Supreme Court that a transgender woman was at serious risk of harm in the general population of a men’s federal prison.

Nearly 25 years later, the Trump administration is bringing us backwards by enforcing dangerous standards that seek to undo the decades of work led by incarcerated trans people to minimize those risks.

The “biological sex” dog-whistle continues to haunt trans people, a direct challenge to our safety and even very existence. It is perhaps most harmful, though, in the context of prisons where trans people face extraordinary threats on those grounds every single day. This abrupt about-face in policy will lead to greater violence against an inmate population that’s already extremely vulnerable to abuse, assault, and even death.

LGBTQ people and our allies can only hope that the courts will see through this rhetoric and step in quickly to stop these continued attacks on our lives.